One of the most earnest and interesting Sherlockians out there in my opinion is Shannon Carlisle.  Shannon was invested at last year's BSI Dinner as "Beacons of the Future" and has been routinely teaching her fourth graders about Sherlock Holmes with her immersive classroom experience.  As if creating new Sherlockians one class at a time weren't enough, Shannon created the Junior Sherlockian Society that acknowledges and guides all of those young folks out there who are interested in The Great Detective.  She is a woman who is shepherding a new generation of Sherlockians by the score.  And I finally got her to sit still long enough for an interview! 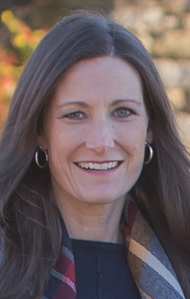 Although I have always appreciated a fine mystery, I didn’t become a Sherlockian until eight years ago.  My classroom has always had a theme.  For years, my classroom was “the garden,” and I was the “kid gardener” charged with nurturing “the seeds,” my students.  However, year after year, some of my students did not achieve optimal growth under my care.  After reflection, I concluded that some of my “seeds” did not always possess the mindset and skills necessary to promote optimal growth.  Therefore, when I became my school’s accelerated learning teacher in 2011, charged with meeting the needs of advanced learners in kindergarten through fourth grade, my theme changed.

My classroom became 221b Baker Street, Sherlock Holmes’s home, because I felt that my students could relate to and learn from Sherlock Holmes’s character traits, observational skills, capacity for critical thought, and inductive and deductive reasoning.  The Sherlockian theme encourages my students to employ the mindset and skills needed for optimal growth, provides an engaging framework for learning, and supports students in their attempts to be productive citizens.

My favorite canonical story is BLUE because I truly enjoy experiencing the “whimsical, little incident” with students.  As a pre-reading activity, the students examine one of the tale’s settings by participating in a visual literacy task.  During the learning activity, the students usually analyze an 1888 photo of Covent Garden Market.  As they read the story, the students note their questions- their curiosities and confusions.  After reading the text, the students review the plot by sequencing copies of Sidney Paget’s illustrations and retelling the story with Chris Schweizer’s BLUE paper dolls.  They also view photos of the artifacts contained in Paul Churchill’s BLUE evidence box and attempt to add additional items.

In the spring of 2017, my fourth grade students added Mr. Baker’s walking stick.  They identified it as an exceptional artifact from the story.  If Mr. Baker had not had his walking stick, he would not have broken the window when attacked, he would not have fled the scene when Peterson came running toward him, he would have taken the goose home, and Sherlock Holmes may not have had a mystery to solve.  Because of their thoughtful addition to the box, Watson’s Tin Box of Ellicott City named the students honorary members of their scion.

Dr. Marino Alvarez joins us to the trace the journey of the blue carbuncle from the Hotel Cosmopolitan to 221b Baker Street.  He also challenges to the students complete his cryptograph related to the tale.  Should Holmes have let Ryder go free at the end of the adventure?  Students write persuasive essays responding to that question.  To conclude the unit, the students compete for the top score on a modified William Dorn quiz, and top performers are awarded Sherlockian-themed prizes donated to our classroom by Francine Kitts and Alexian Gregory. 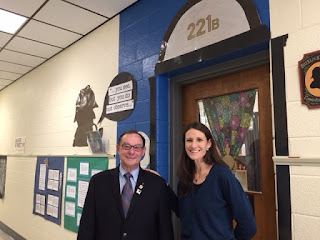 I have always been fascinated by the creation story of the Adventuresses of Sherlock Holmes.  Central to that story is Evelyn Herzog.  The students are in awe when I describe her Sherlockian adventures.  They enjoy learning how she purchased The Complete Sherlock Holmes with her tooth fairy money.  They are encouraged when learning that she was instrumental in the foundation of ASH and astonished to learn that women were not invited to become Baker Street Irregulars until 1991.  I would enjoy the opportunity to have a cup of tea with Evy and hear more of her tales… and I’m sure others would love to join us!

Most of my research related to Sherlock Holmes is completed with my students.  And, I let them decide what areas they would like to study.

In 2014, the 4th graders and I  transformed a section of our classroom into The Sherlock Holmes Museum for the Young, Curious, and Observant Mind.  The museum displays their research projects, and each year the newest fourth graders add more artifacts and interpretive labels.  Sir Arthur Conan Doyle, Undershaw, Queen Victoria, hansom cabs, Scotland Yard, the Great Hiatus, Commissioner vs. Commissionaire, the Strand Magazine, and the villains are just a few of the museum displays.  At the entrance of the museum, the students posted the following disclaimer: “If you are a true Sherlockian, you believe that Sherlock Holmes is still alive, retired (for the most part), and living in South Downs Sussex. John H. Watson wrote the Canon, and Sir Arthur Conan Doyle was his literary agent.”

The museum was dedicated to Dr. Alvarez and Francine Kitts for their support of our Sherlockian endeavors.  During the ribbon-cutting ceremony, Dr. Alvarez and his wife were present. Richard and Francine Kitts attended by Skype.  The museum gets many visitors each year and is an invaluable resource for introducing new students to the great detective.

What are the most interesting aspects of using Sherlock Holmes in your classroom?

In today’s classrooms, teachers encourage their students to embrace a growth mindset- the belief that one’s intellectual ability can be further developed through effort and challenge.  The Sherlockian theme promotes this mindset.  I encourage my students to embrace the Sherlockian mindset (to think and act like Sherlock Holmes to become a better student) and employ the Sherlockian skills to support that mindset (to be observant, active participant in their learning, and critical thinker).  Sherlock’s words, “Well, Watson, we can but try,” (THOR) and the Adventuresses of Sherlock Holmes’s motto, “A drop carves the rock, not by force but by persistence,” hang at the front of the classroom also supporting the belief.

The Sherlockian theme also encourages us to participate in adventures with others.  Members of the Fresh Rashers, a local scion which includes Dr. Marino Alvarez, Billy Fields, Jim Hawkins, Dean Richardson, Drew Thomas, and Bill Mason, join us annually for a singular game of “The Red-Headed League” Jeopardy.  In May of 2018, Dr. Robert Katz, donated copies of The Grand Game: A Celebration of Sherlockian Scholarship Volume Two: 1960–2010 for me to gift to young Sherlockians that would truly appreciate the “writings upon the writings.” On the day the books were presented to the students, we read and discussed parts of “The Blue Enigma,” by Judge S. Tupper Bigelow, and ended our time talking to Dr. Katz by phone. In August of 2018, Dan and Ann Andriacco visited the museum while vacationing in Tenn.  Several months later, the students read and analyzed the plot elements of one of his short stories before writing narratives of their own.

The upper campus of Stepping Stones School in Hindhead, Surrey, United Kingdom, moved to Undershaw in the fall of 2016.  After my fourth grade students read articles about the restoration of Conan Doyle’s former home, they sent the administration, teachers, and students Sherlockian greetings and a shilling.  Their letter stated, “Because Stepping Stones restored Undershaw, we want to recognize you for your efforts. Thank you for helping to preserve the memory of the great detective’s creator.”  During the next school year, the newest fourth grade students corresponded with Mr. Nick Hyett’s class through Padlet, an online bulletin board. In May of 2018, while members of the Fresh Rashers were visiting our classroom, we connected with Mr. Hyett and his students using Google Meet, a video conference application.  As a part of the video conference, Mr. Hyett took us on a virtual tour of Conan Doyle’s former study.  In December of 2018, we will be reading and analyzing BLUE with Mr. Hyett’s students. 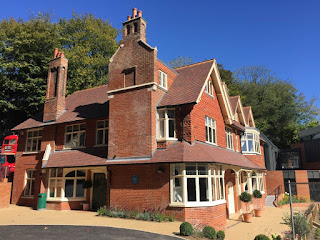 How did the idea of the Junior Sherlockian Society come about?

In May of 2016, Bill Mason, the headlight of the Beacon Society, received an email from Andy Solberg encouraging the society to form a Sherlockian society for children and youth.  Andy had fond memories of his participation in the National Park Service’s Junior Ranger Program.  He wondered if a similar program could be developed for young Sherlockians.  Dr. Marino Alvarez, a member of the Beacon Society’s program committee, encouraged me to submit a proposal.  He wondered if I could create an online program with learning activities similar to the ones my students experience.  In July of 2016, I submitted a proposal.  A month later, the Beacon Society’s board approved my proposal and named the Junior Sherlockian Society as an official program of its society. On August 9, 2017, the 221st day of the year, the program launched.  At juniorsherlockian.com, children and youth are encouraged to complete the 2-2-1-b tasks- to explore, experience, and extend their understanding and appreciation of the great detective. 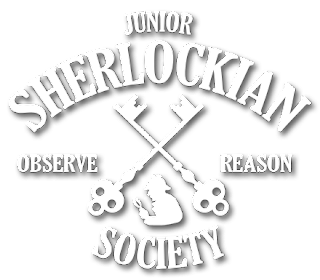 This past summer, my daughter and I had an incredible experience that I would encourage other Sherlockians to attempt to replicate.  Together, we read Imogene and the Case of the Missing Pearls, by Elizabeth Varadan.  The pastiche immerses readers in Victorian London.  In the novel, ten-year-old Imogene learns that Sherlock Holmes, “the most brilliant detective in all of London,” will be called upon to find her mother’s missing pearls.  Imogene embraces the opportunity to observe how he goes about solving his cases because she aspires to be a detective herself.  By the end of the story, Imogene has been instrumental in helping Holmes and Watson solve the case.

Throughout the tale, the characters enjoy many Victorian foods and drinks.  My daughter and I choose four of the dishes and baked them using the recipes found in Julia Carlson Rosenblatt and Frederic H. Sonnenschmidt’s Dining with Sherlock Holmes: A Baker Street Cookbook.  (The activity is highlighted as a possible “extend” task during Junior Sherlockian Training) 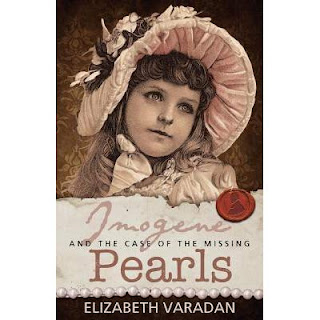 Sherlockians are sharp, energetic, and active.  Their output of literary activities is impressive.  In fact, I would assert that their output is overwhelming.  My nightstand is overflowing with books and journals that I am eager to read, and my 2019 calendar is rapidly filling up with conferences and events.  And since Sherlockians are a welcoming and encouraging group, our numbers and output of literary activities will continue to multiply over the next ten years.