The Oaths and Secrets of This Brotherhood [REDC]

At the end of "The Red Circle," Holmes calls Emilia Lucca out of hiding and she sees that she is finally safe from Giuseppe Gorgiano of the Red Circle, a brotherhood allied to the old Carbonari.  Through Mrs. Lucca's backstory, we learn that the Red Circle was a society well-versed in blackmail, violence, and murder. 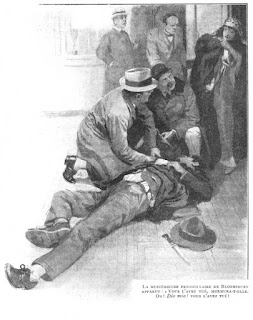 Inspector Gregson takes Mrs. Lucca to see his chief to check out her story, the American Pinkerton agent is satisfied that his prey is dead, Holmes and Watson head off to the opera, and everyone lives happily ever after.

Unless you were one of the nameless individuals terrorized by this society.

Holmes showed no interest in addressing this organization and their crimes.  One could imagine that they were a deep organizing power that pervaded society, made up of numerous and organized agents.  We've seen Holmes take on a force like this before, the Moriarty gang. 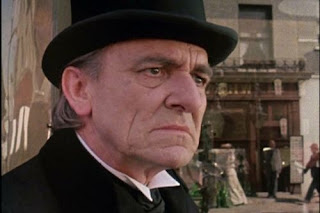 So why did Holmes dismiss this organization?  Was it because Gorgiano was the only active member in London and they did not threaten Holmes's city?  I disagree with that.

In "The Six Napoleons," we hear of Pietro Venucci, one of the greatest cut-throats in London.  And according to Lestrade, Venucci is connected with the Mafia. 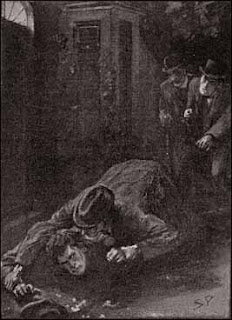 Most chronologists agree that SIXN takes place in 1900, but the dates for REDC are all over the map, ranging between 1893 and 1903, so SIXN would be, at most, a few years off from REDC.  And a few years would be plenty of time for a criminal organization to create a stronghold in London, especially after the hole left once Moriarty's organization crumpled in 1891.  So the dates work.

But the word "Mafia" is never mentioned in REDC, and it's cavalier to paint all Italian criminals with such a broad brush.

So let's look at the ORIGINAL texts. 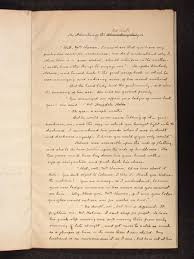 Some changes were made to the manuscripts before they saw publication.  In REDC, "The Red Circle" was originally called "The Black Hand" and it's allegiant organization "the old Carbonari" was originally "the famous Camorra."  Both of these original names were true-to-life criminal organizations at the time.  In SIXN, Pietro Venucci was said to be from Florence.  But in the original text, he was from Naples.  The organization Watson called the Red Circle was also located in Naples.

I think we have at least enough evidence to argue that an Italian criminal organization was working in London around the turn of the century.  So why would Sherlock Holmes walk away from both of these cases without further investigation into the larger society connected to them?

Maybe he did, and for whatever reason those facts were withheld from us.  Maybe Holmes recognized that this organization spanned continents and wasn't one that he could address on his own.  Or maybe somebody made him an offer he couldn't refuse. 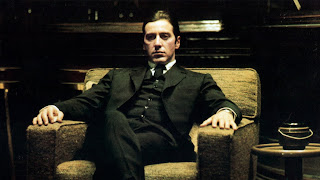 Susan Rice is a cornerstone in Sherlockiana.  She created and oversaw one of the major societies for young people to enjoy Sherlock Holmes decades ago.  She was part of the first group of women to be inaugurated into the BSI in 1991.  She has overseen the William Gillette Memorial Luncheon during the birthday weekend for a looooong time.  She's put out more than a few books, articles, and writings that should be in all of our collections.  Oh, and she just might be the nicest Sherlockian I've ever met.  And that's setting the bar really high.  So even if we can't visit in person right now, we can spend some time with Susan as she gives us this month's Interesting Interview:


How do you define the word “Sherlockian”?
All those who love Sherlock Holmes, especially those who turn to the Canon. They can come from a television or movie Holmes, they can come from a pastiche or play or even a Classic Comic, but as an orthodox Sherlockian (my own description, used only by me) I feel they must read the original sixty stories.

How did you become a Sherlockian?
Every Sherlockian is self-created. When she or he reads the first story in school or in a book picked up because they like the cover, something clicks in their minds and they immediately want more. My own story must be pretty typical. As a child I loved reading mysteries, so the Christmas when I'd just turned eleven or twelve (I can't remember for sure) I found The Complete Sherlock Holmes under the Christmas tree, I opened it and started reading "in Memoriam", the introduction by Christopher Morley, and became so entranced that I forgot the other packages that remained unopened. I had to be called back to consciousness by my parents and opened the rest of the presents, but as soon as breakfast was over I picked up the big volume and carried it up to my room to read. I've never stopped reading it.

What is your favorite canonical story?
The Hound of the Baskervilles

Who is a specific Sherlockian that you think others would find interesting?
At least a dozen remarkable people come to mind, but I have whittled them down to three, and all have passed beyond the Reichenbach now.

Ely Liebow was a man who combined  depth and scholarship and a wry sense of humor into an irresistible package. He was a true philosopher and a completely honorable person, and a long conversation with Ely was sheer pleasure. He wrote the definitive biography of Dr. Joseph Bell, the man Conan Doyle named as his model for Holmes.

Joe Fink was a student of the impossible. He wrote pieces on the worm unknown to science, the society of short people, Tapanuli mute opera, each of which he would deliver with a deadpan face and would look up startled when his audience became lost in guffaws. I've seen him take out a pencil and underline a sentence that was greeted with laughter, which doubled the giggles and left his listeners helpless. He was a very funny man.

Another funny Sherlockian with an antic sense of the absurd was Bill Rabe. He took the opportunity to eliminate from the English language certain words because they were overused or awkward, and his opinion was printed in hundreds of newspapers. He invented a silent record so those who craved a stop to the loud music had a genuine choice on jukeboxes. He was a brilliant jokester, and many of his crazy schemes continue long after his death. 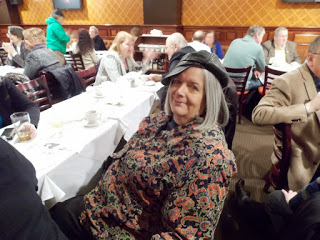 What subset of Sherlockiana really interests you?
As an orthodox Sherlockian (one devoted to the original adventures), I prefer to read and write about canonical matters. Starting from a canonical point, however, can take you far afield, so this is not limiting. I have studied and written on Victorian beekeeping, about the politics in Asia involving  Britain and Russia in the 1890s called the Great Game, and the battle for women's suffrage in turn-of-the-century London.

What things do you like to research related to Sherlock Holmes?
Some of those are demonstrated above. As a feminist, who sincerely believes Holmes is a feminist, too, even in the Victorian Era, I have researched women's suffrage in England. I wondered why Holmes had retired from consulting detective at the age of 50 to become a beekeeper, so I did a lot of research on beekeeping and found it full of mysteries in that period (and some still unsolved today) and discovered it was the perfect second life for Holmes. That essay became so long that it was published as a book called A Compound of Excelsior.

A British society commissioned me to write a book about my favorite Sherlockian writer, Vincent Starrett -- it was called The Somnambulist and the Detective. One long piece in the BSJ was the result of a challenge from a fellow Holmesian who knew I was in the travel business and asked if I could look back in that field to trace Holmes's journey during the Great Hiatus, the three years (1891 - 1894) when he was absent from London.

You've been an active Sherlockian for over 50 years.  What are some of your fondest memories from along the way?
My first scion society was the one we formed in 1969 with former students called The Trifling Monographs. I taught fifth grade at an independent school north of Detroit for seven years, and many former students came back for visits at the end of the school day. Somehow they developed a startling interest in Sherlock Holmes -- ahem, I don't know how that happened.

That scion was not long-lived; I moved to Greece in 1972, and within two years most of the kids were off to college. I first came to the New York City Holmesian birthday festivities in 1977 and haven't missed a year since. I can clearly remember meeting so many of my Sherlockian heroes like John Bennett Shaw, Bob Hahn, and Don Yates and conversing with a great sense of awe. Some years later I suddenly noticed people were treating me that way and it made me feel old. Now that I am old I take great delight in young Sherlockians who will carry the torch into the future.

You were one of the leaders of the Young Sherlockian movement of the 70s and 80s.  What made you think to introduce Holmes to young people?
It's the perfect time -- eleven or twelve -- to discover the joys of the sixty tales. It was my time, but for proof, a fine Sherlockian named Christopher Redmond created a survey in the early 80s. He sent paper questionnaires by mail to 100 or so Sherlockians -- this was long before the computer era -- and the average age among adult Sherlockians for their first read of the Canon was (trumpet flourish) twelve!

What book would you recommend to other Sherlockians?
That's an easy question: The Private Life of Sherlock Holmes by Vincent Starrett. It's a collection of pieces Starrett had published in various magazines, so it's not anything like a biography, but each piece is fascinating and offers new trains of thought.

Where do you see Sherlockiana in 5 or 10 years from now?
The BSI and ASH will change very little, but the pastime will migrate online more and more. I truly believe that Sherlockians will continue to be intelligent and creative people who make up a delightful company and are the best of friends. Now that I'm old, I have perhaps fifty or sixty folks who have been good friends for more than forty years. That's a beautiful gift. 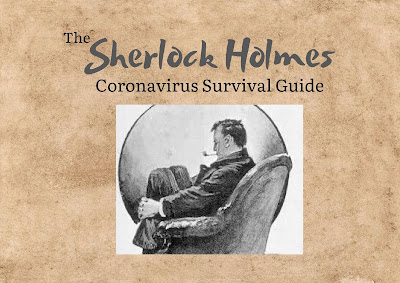 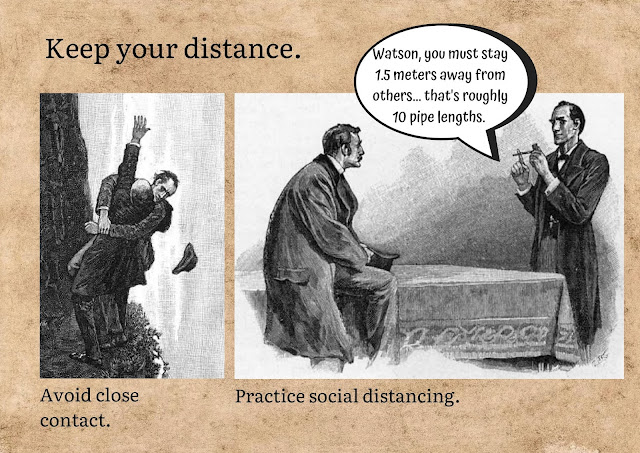 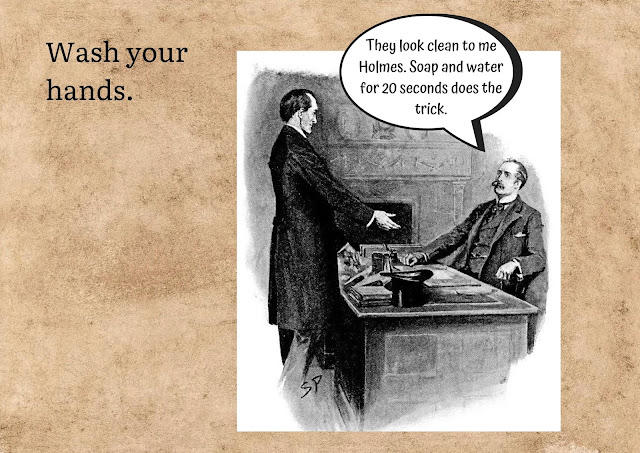 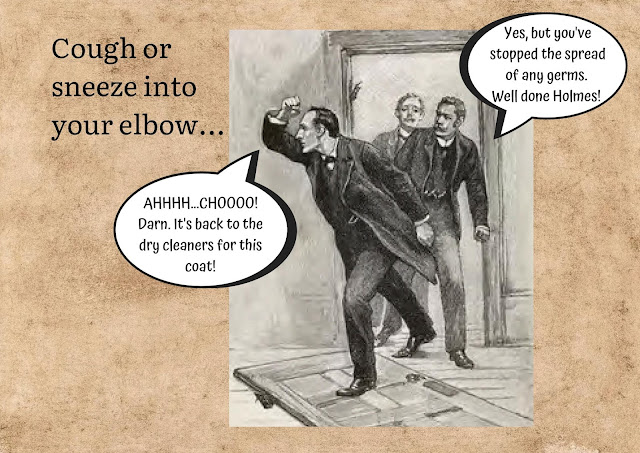 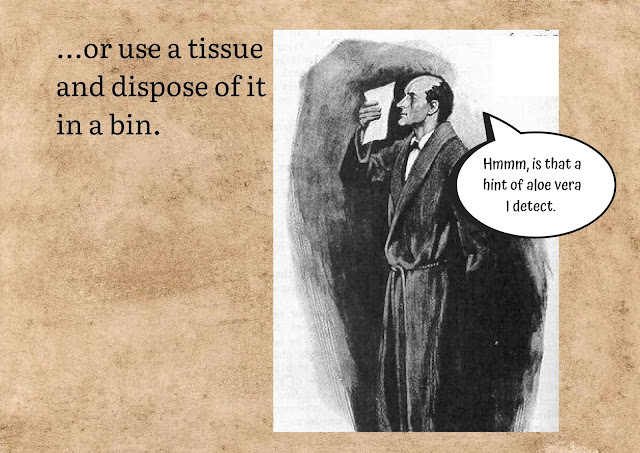 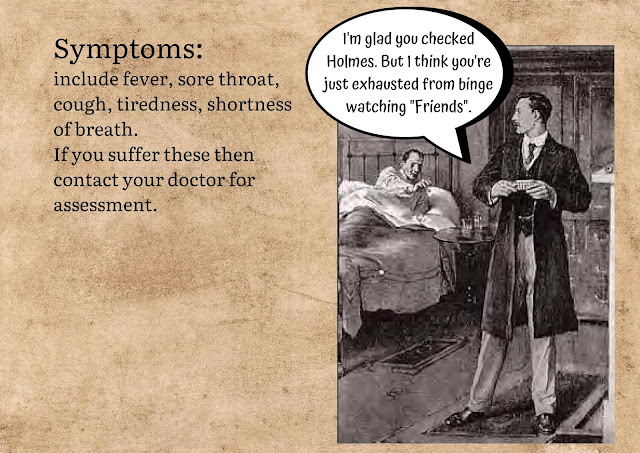 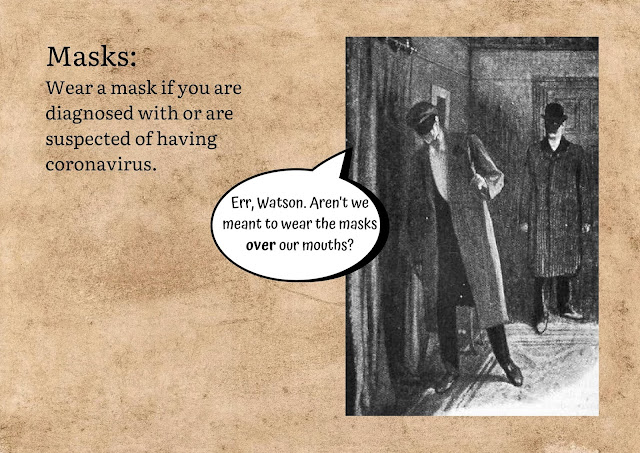 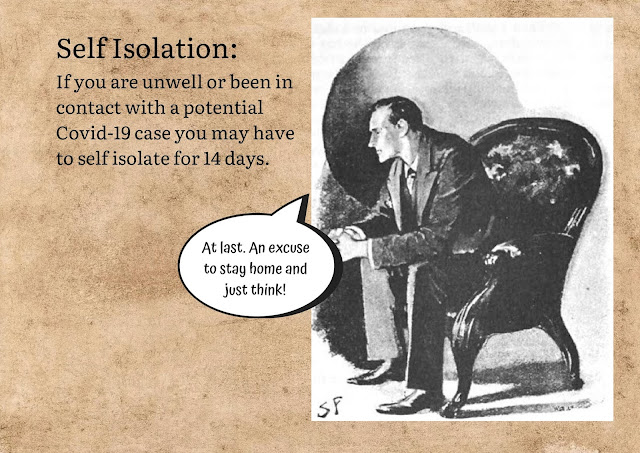 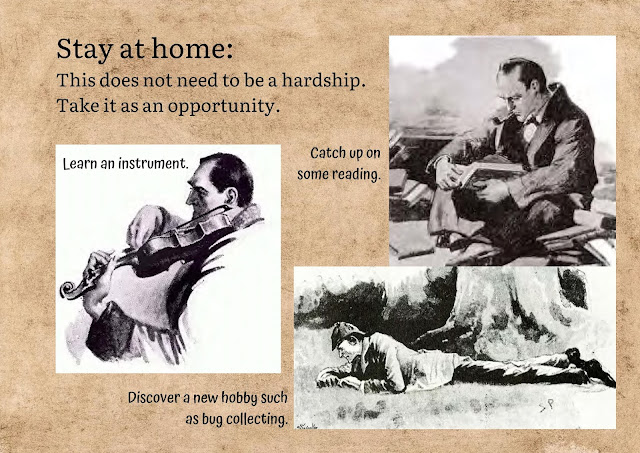 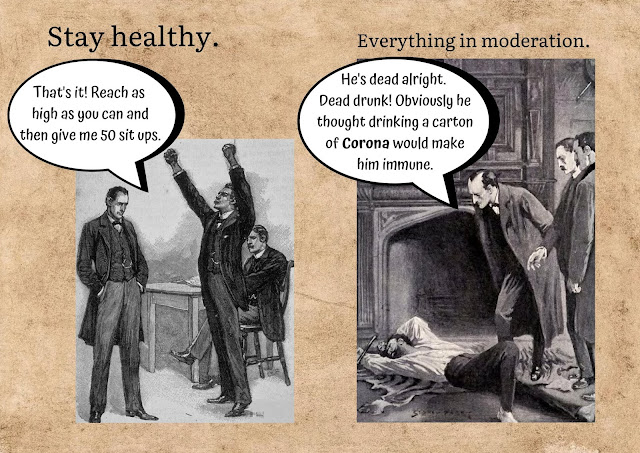 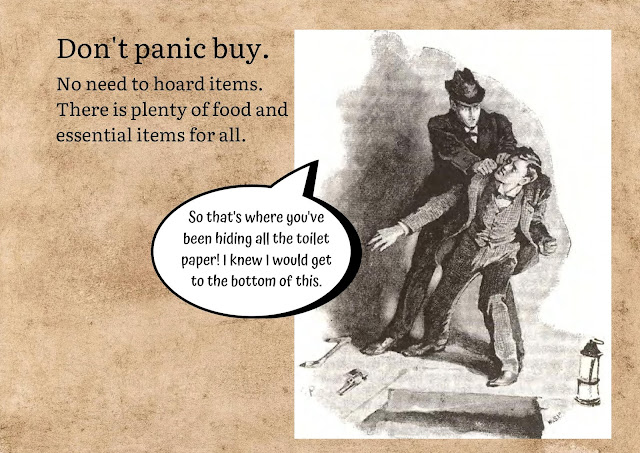 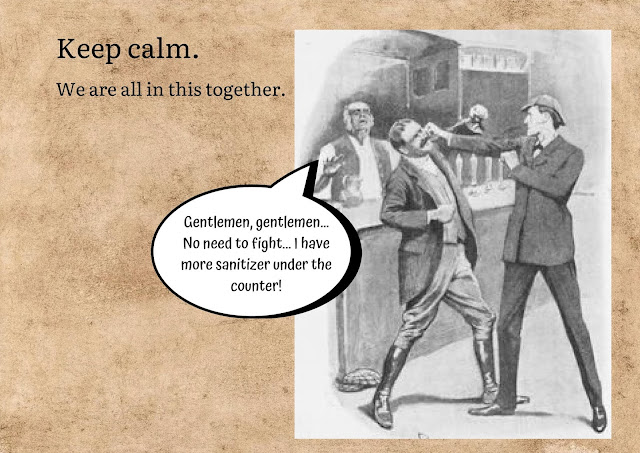 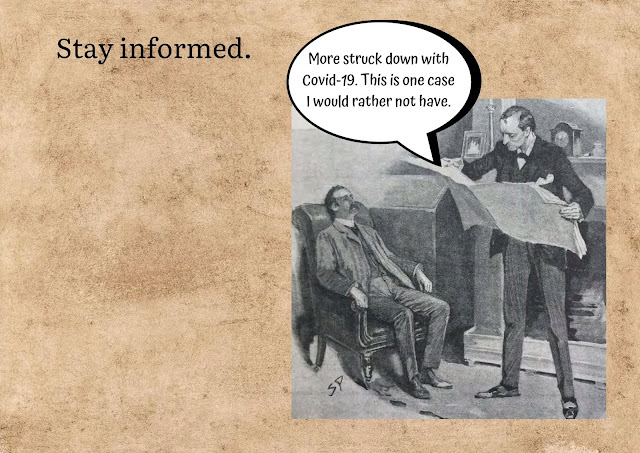 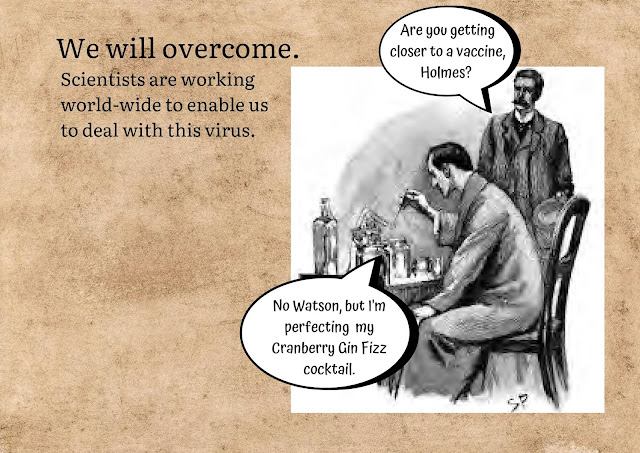 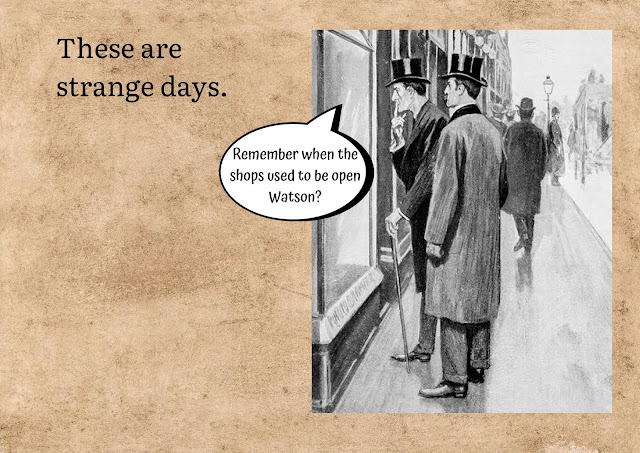 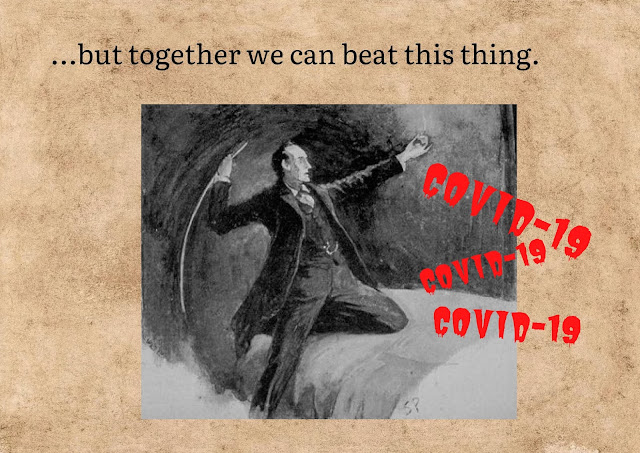 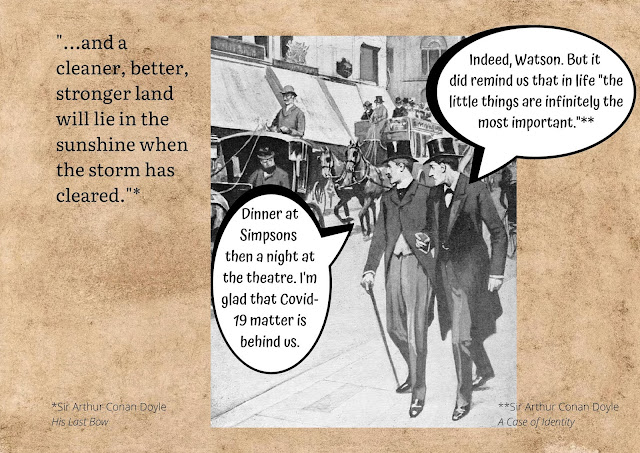 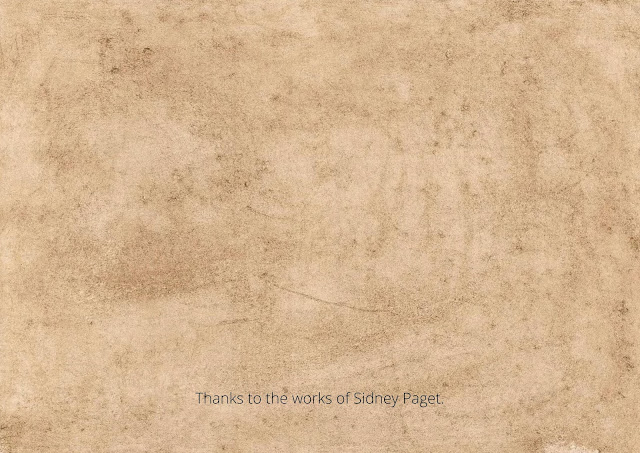