Here, There, and Everywhere

I spent an afternoon last week arguing the Sherlockian merits between Cheers, Moonlighting, The Beatles and Elvis.

This is how I spend my free time. 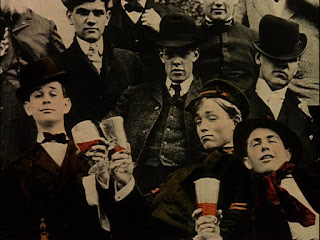 Tassy Hayden was going through old episodes of Cheers on Netflix and after some "If You Give a Mouse a Cookie" style jumps, we ended up in a debate with Brad Keefauver, Ashley Polasek and Howard Ostrom about the Sherlockian worthiness of some random topics.

Sure, Moonlighting is the only one with an actual Baker Street Irregular in its ranks, Curtis Armstrong, but when I was challenged to find even one member of the Cheers cast that could be considered a Sherlockian, Howard and I both dredged up Roger Rees, who played Kirstie Allie's rich boyfriend in a later season.  He played Holmes in a 1988 BBC Radio version of HOUN and was in two episodes of Elementary in 2012 & 2014.

Keefauver tried saying that Elvis had better Sherlockian bonafides because of a book titled "Elvis, Sherlock and Me."  And that "Hound Dog" tied him to the Baskervilles.  Not the best arguments of the day.

Of course, The Beatles were from England, so there are plenty of little pieces that can be held up for an argument.  But foremost was John Lennon himself, author of the Sherlockian pastiche, "The Singular Experience of Miss Anne Duffield."  And there's this picture: 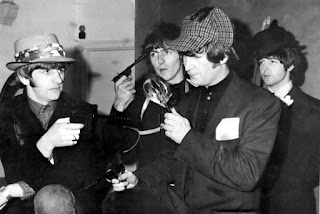 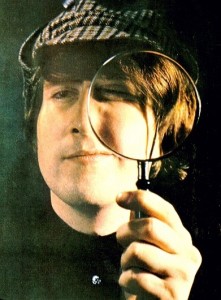 And finally a Sherlockian journal with The Beatles on the cover edited by Keefauver himself! 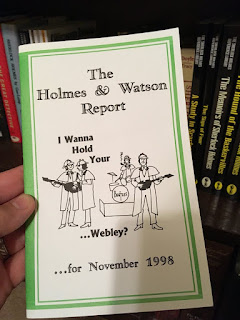 After this conversation wrapped up, my daughter was watching American Girl doll videos on YouTube when I heard, "Dad!  Did you know there's a Sherlock Holmes museum!  The American Girl dolls went on a tour of it!

The very next day, this movie poster was released to the internet. 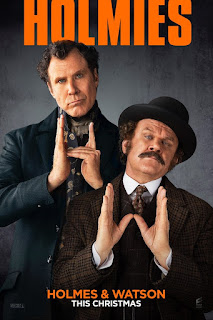 Some Talent in the Detective Line

I met a new detective recently. 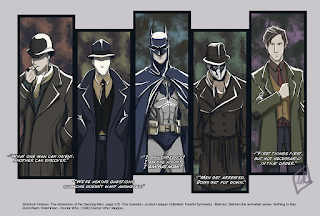 Whoa, whoa, whoa, Sherlock Holmes is still at the top, but this new guy made me smirk as I read his stories and really enjoyed the pacing of the writing.  Watson's narratives are so trustworthy and reliable that you can always count on a well-told story that will display Holmes' strengths while Watson's modesty forces him to downplay his own.  But this was a nice change of pace.

And sure, Watson has left us all of the trifles to pick apart.  The chronology.  The unpublished cases.  The layout of 221B.  Etc.  But for those of us who have read and reread the 60 stories over and over again, that flush of fresh adventure is gone.  And that's okay for most of us.  Sherlockians have invented our own subculture to keep us coming back to these masterpieces of storytelling.

But I'm babbling.  I started out talking about the new guy.

School started back up this week, and if you know any teachers, you'll know we aren't able of much mental stimulation outside of work during the first week of school.  So I picked up what I expected to be a light read off of my TBR shelf, "Too Many Cooks" by Rex Stout.  I've heard about Wolfe plenty in relation to Holmes throughout my years as a Sherlockian, but this was the first Nero Wolfe story I've ever read.  And I loved every page of it (except for the outdated racial attitudes of the 30's, but that's a whole other discussion).

But Nero Wolfe isn't the interesting character in this story to me.  Archie Goodwin is my man!  Granted, I've only read one story so maybe I'm completely off here.  But his wry wit and boots on the ground activities were a delight to read.  In Watson's narratives, Holmes gets to do all of the deducing and the legwork, leaving Watson to be astonished at the reveal.  In Goodwin, we get a sidekick who isn't afraid to call his partner on his crap while being active throughout the story.  I've already ordered my next Nero Wolfe book to revisit these two again.

So I'll be revisiting Archie Goodwin and Nero Wolfe again, but at the end of the day, they are a nice diversion from my true literary interest: Sherlock Holmes and Dr. Watson. 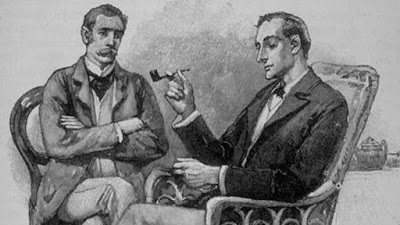 The Parallel Case of St. Louis successfully pulled off Holmes in the Heartland last weekend!

It's been over 48 hours since our last event ended, and I'm still amazed at how awesome the weekend was.  We had people from as far away as California, two elementary school kids, a high school student, lots of local Sherlockians, and an impressive array of notable visitors to make for a great weekend. 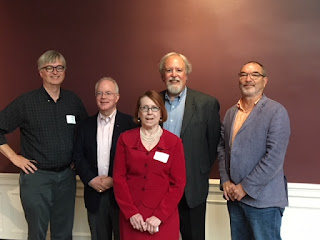 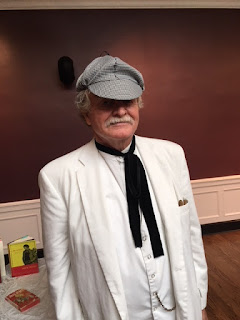 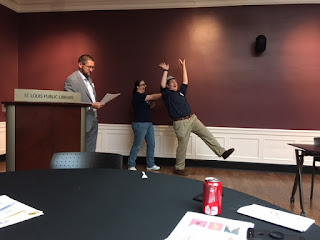 If you missed the live tweets of the event, The Parallel Case of St. Louis account, Tim Johnson, and Brad Keefauver all kept people informed with their play by plays.

Sherlock Peoria and The Harpooners of the Sea Unicorn's blog also had some great posts about the weekend's events.

And The Parallel Case of St. Louis' blog did a recap each night for Friday, Saturday, and Sunday.

I think because I'm so active on social media and have been promoting it quite a bit, my name has been used more that it should have when people complimented the Holmes in the Heartland event.  I was a small part of a unbelievable planning committee that included Stacey Bregenzer, Nellie Brown, Joe Eckrich, BSI, Randy Getz, Tassy Hayden, Mary Schroeder, ASH, and Paul Schroeder.  These folks put in an insane amount of time, money and energy into this event and deserve every bit of praise that can be heaped on them. 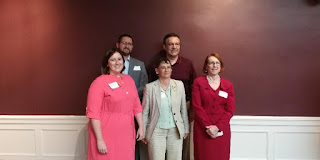 We've received a lot of positive feedback on Holmes in the Heartland and I am SO happy that everyone that joined us enjoyed themselves.  In my mind, Holmes in the Heartland had a lot of purposes, highlight the city of St. Louis, introduce the St. Louis Sherlockian Research Collection to a larger audience outside of our region, present some heartfelt, thought provoking, and entertaining presentations etc.  But one of the most important of them were to create an event where Sherlockians can get together, make new friends, have an excuse to get together with old ones, and have a good time all around.  Judging from the feedback, I think we nailed that last one! 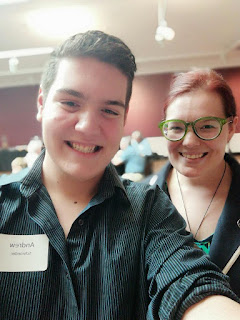 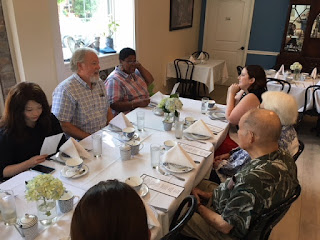 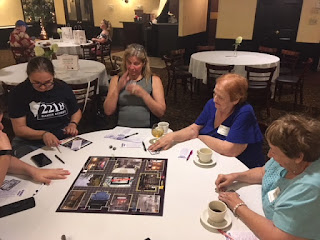 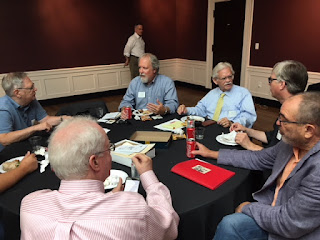 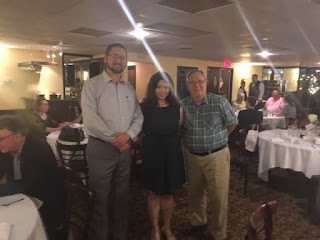 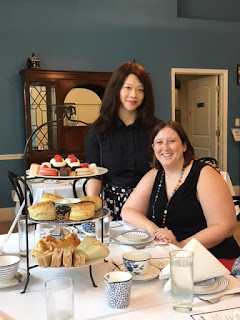 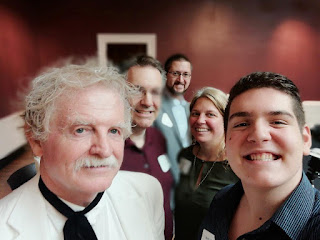