Another Branch in the Holmes Family Tree

Very little is known of Sherlock Holmes’ family from Conan Doyle’s original 60 stories.  His parents are never mentioned, although we learn in “The Greek Interpreter” that Holmes has ancestors that were country squires and that his grandmother was sister to the French artist Vernet.  We also learn in “The Greek Interpreter” that he has an brother seven years his senior, Mycroft, who balances the books in some government office.  More details come out about Mycroft in “The Adventure of the Bruce-Partington Plans” which have allowed adaptation writers to build him into a character that the non-Sherlockian would think appears much more frequently than he actually does in the Canon.  And that is about it when it comes to the Holmes family tree that Doyle gave us. 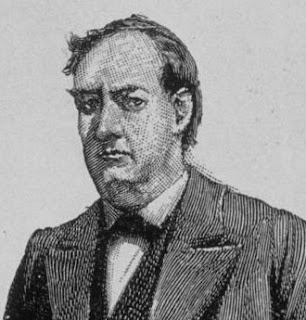 Although Doyle never discussed Holmes’ parents that has not stopped others from speculating, most notably William Baring-Gould and Nicholas Meyer, with Stephen Moffatt and Mark Gatiss reprising the parental characters in their adaptation.  In “The Adventure of the Norwood Builder,” another member of the Holmes family tree is mentioned, but this man has often gone ignored by fans of the great detective.

At the beginning of the Norwood Builder, Watson tells us:
“…I at his request had sold my practice and returned to share the old quarters in Baker Street.  A young doctor, named Verner, had purchased my small Kensington practice, and given with astonishingly little demure the highest price that I ventured to ask – an incident which only explained itself some years later, when I found that Verner was a distant relation of Holmes, and that it was my friend who had really found the money.” 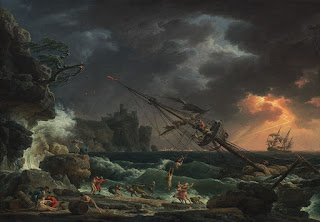 And that is the last we hear of cousin Verner.  Sherlockians have focused so much on Sherlock’s brother and parents and created enough children and grandchildren of Holmes to fill a phone book, but here we have Doyle created relative that is tossed by the wayside.  One could imagine a world of pastiches where Holmes recruits cousin Verner to help out in a situation similar to “The Blanched Soldier” or an apocryphal story where Verner treats Baron Gruner’s face after Kitty Winter’s attack.  Or what about a story where Verner attends classes taught by Joseph Bell or he attempts to treat Victor Savage, only to have him die of unknown causes.

In a world where it is common place to build up minor canonical characters to mythological levels, (Mycroft, Irene Adler, Professor Moriarty) I offer that cousin Verner should become a new focus of those looking for an untapped vein for Sherlockian pastiches.  If Sherlock Holmes can fight space aliens with Professor Challenger and unmask Jack the Ripper, why not explore the adventures of a little known doctor who is bankrolled by his remarkable cousin?
Posted by Rob Nunn at 5:01 AM