You Came Back By An Unexpected Way [3STU]

May 4th is over and no one fell over a waterfall.  I've always been so-so on the whole Reichenbach Day but could never put my finger on why I felt that way.  Leave it to Brad Keefauver to speak my thoughts for me.

"May 4 is a weird sort of Sherlockian holiday due to how comfortable we've become with Sherlock Holmes being unkillable."

There it is.  Like my friend Bill Cochran points out, The Final Problem is really part one of a two part story.  For me at least, it feels odd to read either The Final Problem or The Adventure of the Empty House without the other one.  I understand the history of Reichenbach in the Canon, but don't get all the fuss for Sherlockians today.

In my mind, we should be celebrating the day Holmes CAME BACK.  That's when things get going again.  Watson faints, an old tiger hunter is captured, and Holmes is back on Baker Street.  This is a day to celebrate!

The problem with that, like many of our stories, is there's no agreed upon date.  Watson tells us it's sometime in April of 1894, but that doesn't give us a day to hang our deerstalkers on.  Chronologists who give it a specific date range from April 1st to 5th (I'm ignoring those who say EMPT was in February).  But three chronologists (Baring-Gould, Folsom, and Bradley) all say Holmes surprised Watson outside of Ronald Adair's house on April 5th.  So let's go with that.  It holds more water than the rationale for Holmes' birthday being on January 6th, which most people seem to roll with. 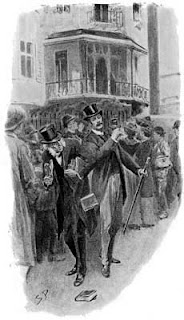 April 5th is hereby declared... well I haven't come up with a good name for it yet.  We've got 11 months to figure that out.

But how should we celebrate?  Visit tigers at the zoo?  Play whist?  Have a wax model of yourself placed in a window?

C'mon.  We're Sherlockians!  We read.  Holmes came back to London disguised as a bookseller and even talked to Watson about the books on his shelf.  The answer is plain. 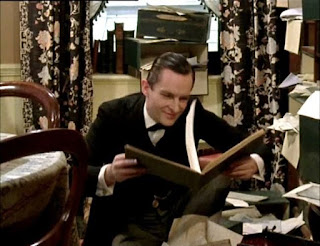 On April 5, to celebrate (Insert Holiday Name Here), we buy books and read! 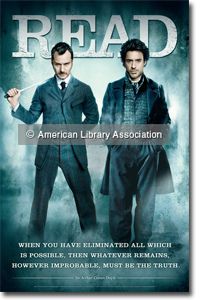 I mean, couldn't we be considered "collector(s) of obscure volumes" with our own Sherlockian libraries?  Why not take this day to add to it and support our "little bookshop at the corner."  And you don't even need to faint when you fill your shelves!