Dan Andriacco does not let the Sherlockian grass grow beneath his feet.  It seems that this man (along with his equally impressive wife) are constantly putting out new content.  Dan has his own Sherlockian blog, Baker Street Beat, keeps popping up in The Baker Street Journal, has put out so many books that I couldn't even count, is active in Sherlockiana all across Ohio, and is very busy with one of the most well-known Sherlockian conferences, Holmes, Doyle and Friends.  I could have easily done THREE interviews with him, but I'm sure he's busy on his next project as I type this so one will have to do! 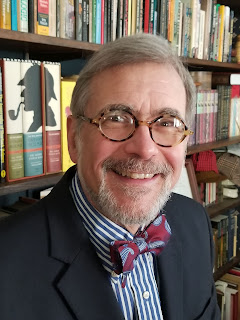 How do you define the word “Sherlockian”?
Anyone who adopts the label!

How did you become a Sherlockian?
Only now, answering this question, does it occur to me that I became a Sherlockian not when I
read the Canon and fell in love with Sherlock Holmes, but when I read Vincent Starrett’s The
Private Life of Sherlock Holmes and fell in love with the Writings about the Writings. In doing
so, I effectively became a member of a world-wide community, even though I didn’t know any
other Sherlockians at the time. 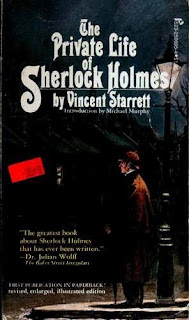 What is your favorite canonical story?
“His Last Bow,” which for me has the best beginning paragraph and the best ending paragraph in
the Canon, is my favorite story. I memorized the “Good old Watson!” passage when I was in the
seventh grade. I also love the Holmes-Watson interaction and the glimpse at Holmes beyond
Baker Street. In recent years, I’ve also come to love “The Adventure of the Bruce-Partington
Plans” as the tale that has almost everything we love – Mycroft, Lestrade, spies, a good mystery
with a clever solution, and Holmes and Watson committing burglary in a good cause. 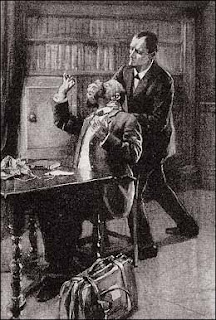 Who is a specific Sherlockian that you think others would find interesting?
Christopher Morley, founder of the Baker Street Irregulars. Oh, did you mean somebody who’s
alive? I couldn’t possibly name just one interesting Sherlockian, or even just a dozen. As a
group, Sherlockians are the most fascinating, fun, friendly, and kind folks I know. There are
exceptions, but not many.

What subset of Sherlockiana really interests you?
I love reading material about and by the first generation of Sherlockians and Holmesians –
Morley, Starrett, Edgar W. Smith, Ronald A. Knox, Dorothy L. Sayers, S.C. Roberts, etc.

What things do you like to research related to Sherlock Holmes?
Much of my essay writing about Holmes has been what I consider literary analysis, in which I
take a close look at the construction of the stories. For example, my first article in The Baker
Street Journal was about gothic elements in the Canon. The second was more broadly about
common plot tropes. (The third and fourth were about the Sherlockian connections of Freddy the
Pig and Orson Welles, respectively.) I’ve also written about journalists in the Canon and the
government service of Sherlock Holmes. 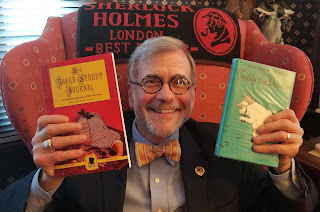 How did the McCabe and Cody mysteries come about?
For as long as I can remember, I’ve loved mystery fiction and wanted to be a mystery writer. I
worked very hard at that in the late 1980s and early 1990s. I gave up then, but unexpectedly
returned to the scene of the crime more than two decades later. The first two published McCabe
and Cody novels are rewritten versions of earlier works. The characters just came to me, and
they stuck with me even when I wasn’t writing fiction. McCabe is a Sherlockian, a mystery
writer, a professor, a magician – about the only thing he can’t do is use contractions! The most
fun in writing the series is that I’ve created a whole town and a large cast of continuing
characters. Nuno Robles, a fan in Lisbon, Portugal, recently wrote to me that, “every new Cody
and Mac book is like going home after a long journey. It feels good. It’s a cozy place.” 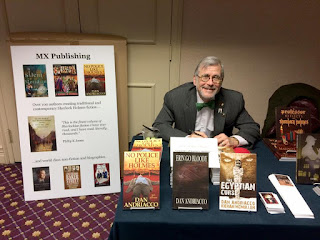 You’ve been a key player in the Holmes, Doyle and Friends conference over the past few
years.  How has that weekend grown and changed during your involvement?
What many Sherlockians call “the Dayton Symposium” has been operated under various names
since 1981. I think the peak year was 1991, with 118 in attendance. It’s no secret that there was a
decline to the point where attendance sank to just 18 in 2012. After a one-year hiatus, the Agra
Treasurers of Dayton scion society took over operation of the symposium and gave it the current
name in 2014. Attendance has been climbing ever since, to 62 last year. I’ve been the
“programme coordinator,” in charge of finding presenters, since the 2018 event. Most of the
speakers for 2020 are already on tap. My goal is to present a memorable line-up of informative,
engaging, and humorous speakers on a variety of Sherlockian topics. 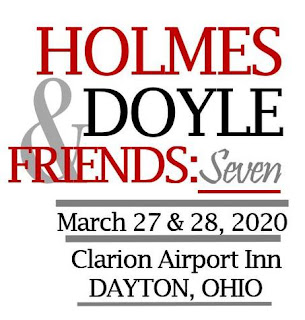 What book would you recommend to other Sherlockians?
Mattias Boström’s From Holmes to Sherlock, hands down. It’s an amazingly complete and
detailed history of not only Sherlock Holmes, but the Sherlockian community. It goes down
some amazing alleys along the way.

Where do you see Sherlockiana in 5 or 10 years from now?
“How can you tell?” as Sherlock Holmes said in “The Adventure of the Veiled Lodger.”
Sherlockian interest waxes and wanes. Most likely we will see some fall-off from the high level
of interest touched off by BBC Sherlock, Elementary, and the Robert Downey Jr. movies over
the past 10 years or so. Some individuals brought into the fold during this period will wander
away, but not all. And at some point, there will be yet another return of Sherlock Holmes. 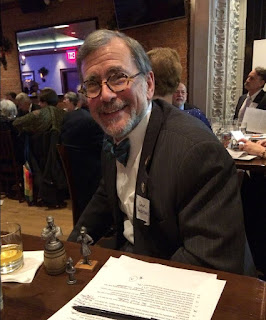