Last weekend, Nancy Holder won a Bram Stoker Award for Mary Shelley Presents.  And this wasn't her first!  She's won five others before this year.  Clearly, Nancy Holder is a horror writer at the top of her profession.  So where does she go after winning another major award? To be this week's Interesting Interview!

Nancy Holder is one of the friendliest Sherlockians I've know but I've never met in real life.  Through Twitter and Zoom, we've gotten to know each other and she is just a delight!  I'm lucky enough to be part of her newest project, Sherlock Holmes of Baking Street, which she co-edited with Margie Deck and let me tell you, this is a going to be a fun project.  The lineup of authors is almost as impressive as Nancy's bibliography.  Oh, you think she's just an impressive Sherlockian?  Do the shows and movies Buffy the Vampire Slayer, Wonder Woman, Ghostbusters, Wishbone, Sabrina the Teenage Witch, and Teen Wolf ring a bell?  Because Nancy has written novelizations for all of them (Her contributions for Buffy alone are more than 20).  And that's not even mentioning all of her original books!  This lady should have pages and pages on the internet devoted to all of the books that she's put out over the years.  Oh wait - she does.

But we are here to focus on Nancy's love of Sherlock Holmes.  So here we go with this week's Interesting Interview! 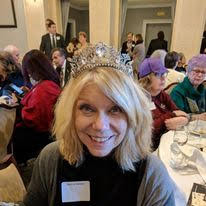 A Sherlockian is someone who has more than a passing interest in Sherlock Holmes and his world. They have read the Canon and know something about the era in which Sir Arthur Conan Doyle and John H. Watson lived and wrote.

Basil of Baker Street was my gateway into Sherlock Holmes. My father, who gave me the book when I was in the second grade, mentioned that the character of Basil was named after Basil Rathbone, an actor who portrayed Sherlock Holmes in movies. My first Holmes movie was one of Rathbone's wartime films, and I saw it on a Saturday afternoon TV show called Science Fiction Theater. I was a bit confused because Basil the mouse is a creature of the Victorian age, but this movie was set during World War II. I also didn't know why a Sherlock Holmes movie was being presented as a science fiction film. So using my kid brain, I decided SH was a time traveler!

My father and grandfather were huge mystery readers and I read mysteries as a little girl, but mostly Nancy Drew and the Hardy Boys. Then I started reading horror and loved Edgar Allan Poe. I read the C. Auguste Dupin stories, which led me back to Sherlock Holmes. This time I stayed, and read the Canon.

Through my work as a horror writer, I met Les Klinger, and found out he was a BSI. He introduced me to the BSI world, which I explain to civilians is like the Rescue Aid Society in Disney's The Rescuers. (I'm a fan of The Great Mouse Detective, of course!)

Given my professional background in horror and dark fantasy, it's no surprise that it's The Hound of the Baskervilles. It's capital G-Gothic, with a gloomy, foreboding moor; a possibly haunted house: a woman weeping in the middle of the night; buried family secrets; murder, possibly by supernatural means—what's not to love?

My co-editor Margie Deck is a well-kept secret to some, but the friend of many Sherlockians world-wide. Margie is one of the most creative people I know, making visual art and writing. She works on the John H Watson Society annual treasure hunt, a position she has held before. We've been teammates in the past. She knows her Canon backwards and forwards and she has an astonishing Sherlockian library. Her Canon crush is John Clay. She created a beautiful rendering of the Curse of the Baskervilles, which hangs in my office. She's also a highly skilled amateur baker, which occasioned the inspiration for Sherlock Holmes of Baking Street, although Baking Street is not a cookbook and it's not all about baking. She and her husband cruise around Washington state in his Mustang and she's a devoted dog mom. 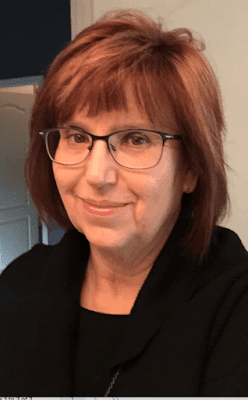 I'm interested in placing the work of ACD in a broad context, exploring his influence on other writers who in turn influenced him. I really enjoy discovering who else was working on detective fiction while ACD was involved with Holmes. A while ago I wrote a pastiche pairing Holmes/Watson with Lady Molly of Scotland Yard. My big secret project is to someday write a book exploring the similarities of the lives and literary output of Mary Shelley, EA Poe, and ACD. And of course, as you would expect, I'm interested in the great British baking of the Victorian age.

I like learning more about the times in which SH live(s)--Victorian, Edwardian, and post WWI. My sister used to be a reenactor specializing in the American Civil War (also called the War Between the States) and her area was early medicine/sanitation. Through her I learned about Florence Nightingale. I love intersections like that. I love knowing that ACD visited Tacoma the same year Walt Disney moved to Hollywood and opened his studio (1923). Disney moved there in part because his brother had tuberculosis and he sought a kinder climate--a familiar familial situation for us Sherlockians!

And I love researching the food of the times. There are so many rituals surrounding food--what people eat says a lot about who they are. I love it that Holmes goes out for a nice meal now and then. I enjoy reading about the details of Victorian baking--it hadn't dawned on me that early Victorians didn't have oven thermometers. Things like that. 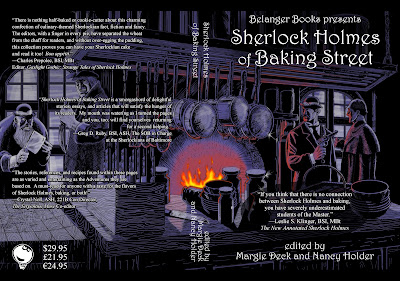 How did you and Margie Deck come up with the idea for Sherlock Holmes of Baking Street?

Margie herownself came up with the idea. She was talking with another Sherlockian about the pandemic mania for baking and the funny pun of baking/Baker Street. That person said "that would make a cool book." Margie came to me and asked me if I would be interested in editing the book with her. I've been an editor for many years. I've edited about half a dozen other anthologies (non-Sherlockian), and I loved her idea--and I love her! We are in a number of scions together, our home scion being the Sound of the Baskervilles here in Washington state. But it was Margie's idea from the get-go.

I've been a writer on The Domino Lady (as we say in the comic book business) for many years. I've written Domino Lady comics and short stories, and I also co-created her daughter for a new set of stories that will be released soon. The Domino Lady is a character from the pulp era of the 1930's--she's Berkeley grad socialite Ellen Patrick  by day and a sexy crime-fighter by night. She wears a domino mask and a slinky gown when she's on the prowl. She's brave and saucy and bold. I love her.

I wanted to write Sherlock Holmes-specific comics forever but wasn't getting the opportunity, so I "guest-starred" him in my work on The Domino Lady. I've done 2 comics and a short story pairing Holmes and The Domino Lady for Moonstone Books. In the comics, I sent him to 1930's Egypt with Ellen. In my prose short story, he thwarts her attempt to steal the Crown Jewels from the Tower of London. 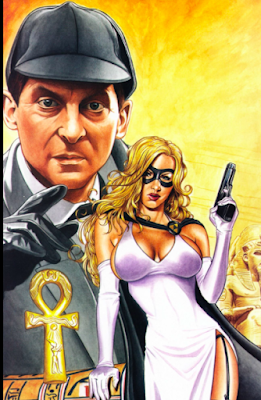 A book of mine? Sherlock Holmes of Baking Street! Or the novelization of the movie Crimson Peak. It's very Gothic and set in during Sherlockian times (1900). A Sherlockian book by someone else? Les Klinger's annotated volumes. And I love Bonnie MacBird's pastiche novels.

The introduction of Zoom and Skype has really opened up the Sherlockian community/made us all aware of just how many communities we actually are. I've been able to attend meetings of many societies I've only wished I could get to before the pandemic. I've made new friends and gotten involved with societies with really specific interests, such as Theatre-Goers Homeward Bound, the Tea Brokers of Mincing Lane and the Barely Coronets.

Like a lot of Sherlockians, I came for SH and stayed for the Sherlockians! I think this interconnecting will expand and draw in folks who see SH in all kinds of unusual ways. As he is so recognizable, I think creative people will continue to focus on him; I see enhanced virtual reality films and games, making him even more present in the zeitgeist.