As long as Sherlock Holmes has been depicted in media, there have been critics of the actor portraying him or the writing he's working with.  Plenty of folks have complained about three current ones: Henry Lloyd Hughes, Henry Cavill, and Will Ferrell. 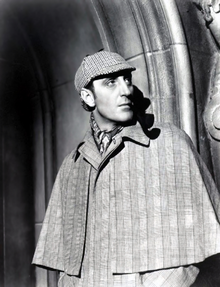 But some actors are above criticism, right?  Basil Rathbone is such an iconic image: the curved pipe, bumbling Watson, the deerstalker, etc.  First donning the Inverness cape in 1939, Rathbone is the indelible image of Holmes for many, many people out there.

(Quick caveat here: I'm not a big movie or TV watcher and have only seen one or two Rathbone films.  I'm not qualified to have an opinion on Rathbone's portrayal.  If you are interested in the history of Sherlock Holmes in cinema, check out Ashley Polasek's Being Sherlock or Howard Ostrom's Sherlock Holmes on Screens.) 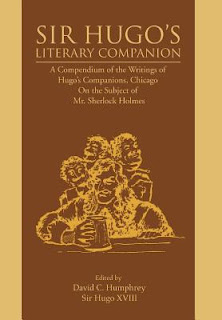 I was reading a collection of essays by Chicago Sherlockians, Sir Hugo's Literary Companion, and came across a 1947 Chicago Review article.  In it, Jack Siegel referred to Rathbone's radio portrayals of Holmes as "rot".  He goes on to say about the movies:

"The movies too have stepped beyond the bounds set up by Dr. Watson, even to the point of bringing the date of Holmes' fancied exploits up to the present time and presenting him as nothing more than another "G-man" hero.  Despite the sympathetic performances of Mr. Rathbone and Mr. Bruce, such tampering with facts and characters leaves a bad taste in the mouths of those who revere the real Holmes." 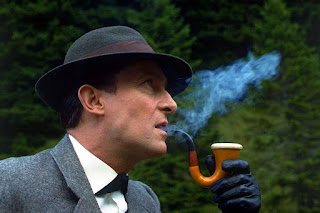 I'm also working my way through all of the back issues of The Baker Street Journal.  The last few I've read are from the early 90's and it's interesting to see people be critical of the Jeremy Brett version as well.  So even though some things are remembered fondly, if you look close enough, there are critics in the weeds.

My take away from this is that no matter how good, important, brilliant, or whatever the interpretation is, there's going to be critics.  You may as well enjoy what you like in spite of them.