We've all heard the stories of animal imprinting where a baby duck or some other animal mistakes a different species for its mother and then follows it around, learning from the surrogate.  And it's so CUTE! 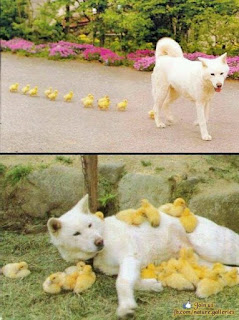 And does this have anything to do with Sherlock Holmes, or am I just shamelessly putting up cute animal pictures to attract readers to my blog?  Honestly?  Both.

My love for The Great Mouse Detective runs deep.  I enjoyed that movie before I even knew who Sherlock Holmes was and continued to love it even after I became a Sherlockian.  Going back and rewatching Basil vs. Ratigan once I was able to pick up on the canonical nods just strengthened my positive feelings towards the film.  There were other Disney movies from that time period that I also enjoyed, but having something from my childhood tie into my adult interests undoubtedly reinforced the feelings I have towards the movie.

For you psychology majors out there, I know that's more reinforcement than psychology, but cut me some slack. 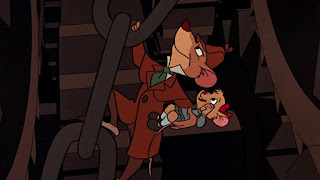 I got into Sherlock Holmes around 2003 or 2004.  I plowed through the canon, the apocrypha and then dove into pastiches.  For whatever reason, I didn't ever seek out movie or TV adaptations until I saw that the guy from Iron Man was playing Sherlock Holmes.  "Sure," I thought, "I'll check it out."  This was the first film adaptation that I saw once I became a Sherlockian.

Many Sherlockians don't like Downey's portrayal of Holmes.  I can see where they're coming from.  The original film is a completely new story, Holmes and Irene Adler are nothing like they are in the canon, and the movie is more action over deduction.  But you know what?  I love that movie.  It's so much fun!  If anyone were to ask me what the best adaptation is, I'd quickly answer Jeremy Brett's Granada series.  So good!  But my favorite?  The Great Mouse Detective and Robert Downey Jr.'s Sherlock Holmes. 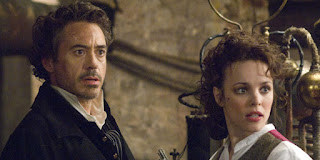 So why does Downey's film strike such a chord with me?  My unlicensed self-analysis is because of imprinting.  It was one of the first adaptations I saw.  I don't think imprinting is a catch-all.  If I had seen Matt Frewer's version first, it's a pretty safe guess that he wouldn't have been my favorite.

But the versions that are worth watching (Brett, Downey, Cumberbatch, Miller, Lee, Plummer, Rathbone, Cushing, etc.), if you saw one of those first, my hypothesis is that it rates very high, if not at the top, on your list of adaptations.  Maybe I'm wrong, but even the Great Detective made his hypotheses without much knowledge sometimes. 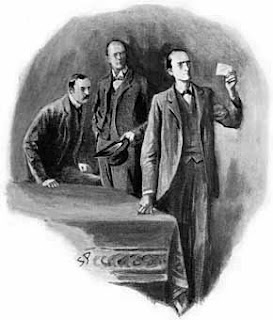