By Studying Their Children [COPP]

Every year, I get to spend two weeks introducing my fifth graders to the Sherlock Holmes Canon.  As we wrap up 2019 and look forward to 2020, I wanted to end the year with some of their thoughts on the stories we covered in class.  Beacons of the future! 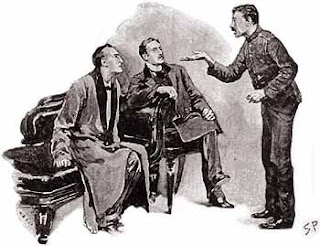 "I liked how it went from one place to another and had a lot of people in it."

"The gem fell out of the goose with its guts." 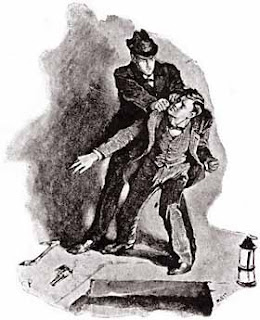 "I don't really get why [Jabez Wilson] took a job copying the encyclopedia."

"I like how Sherlock predicted it would happen on that night."

"I think it's interesting that you never really know what Holmes is thinking."

"The crook thought he outsmarted Sherlock Holmes and his partner escaped, but little did he know there was a policeman over there waiting for him."

"I thought it was so cool how Vincent and Duncan dug a tunnel in two months."

"I like how Sherlock used his walking stick to see if the ground was hollow." 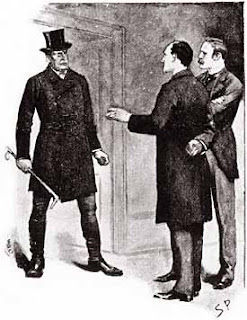 "I like how the snake came into the bedroom."

"'The Speckled Band' was fun because of how Holmes hit the snake to make it attack the step-father."

"I LOVED 'The Speckled Band' because in the end the murderer was killed by his own weapon."

"It was very adventurous."

"I feel like Dr. Roylott deserved to die for killing his daughter." 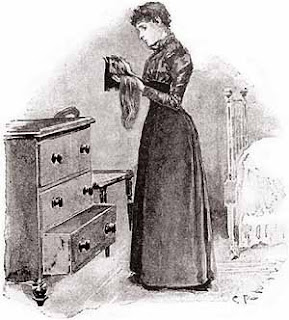 "It was weird that a girl's hair was locked in a drawer."

"I didn't like that they treated the poor dog so bad."

"I liked all the strange clues."

"I liked all the locked doors in the unused hallway."

"Copper Beeches reminds me of a scary story because the house is very old and the family is evil."

"I didn't like that the girl had to cut her hair."


A Scandal in Bohemia 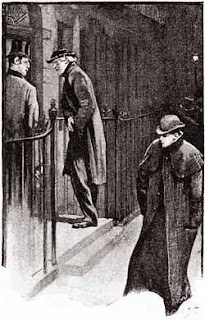 "I like this one because it shows that Sherlock Holmes can get outsmarted."

"It was cool when they threw the smoke bomb."

"The letter she left basically explains that she's smarter than him."

"I like that the king didn't want his fiancee to know who he dated."

"I didn't like how Sherlock got outsmarted."
Posted by Rob Nunn at 12:10 PM