I am at the BSI Weekend in New York right now, and words can't describe how much fun this is!

My original plan was to blog at the end of each day with quick updates, but the nonstop official and unofficial events, my own small amount of New York sightseeing, late night socializing, and early morning wake up times have all conspired against that plan.

Let's see.  Thursday.  That seems like a month ago.

Aside from being a Sherlockian, I spend a lot of time thinking about how to motivate students to become readers.  That led to me being appointed to the Scholastic Books Teacher Advisor Council for 2019.  So even though my tenure is over, I still reached out and got to spend a great afternoon at Scholastic headquarters and go out to lunch with some employees there.  Imagine whatever your favorite thing.  And then you get to go to the place where those things are made.  That's me with Scholastic.  I could write a book about how great that company is at promoting children's literacy, but this is a Sherlockian blog, so let's get the show on the road. 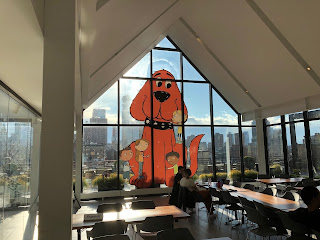 Thursday night was the Distinguished Speaker Lecture.  I was happy to snag a seat with Shannon Carlisle and Bill Mason from Nashville, some of my favorite Sherlockians.  Dr. Theodora Goss, author of the Athena Club series, gave a great talk about anthropology and its role in Victorian London.  It will be in an upcoming issue of the Baker Street Journal, so I won't try to summarize it here.  Dr. Goss really knows her stuff. 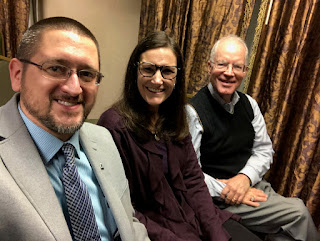 After that, I thought the night was done until I wandered into the lobby.  Everyone was there! Before I knew it, I had been invited out by Ray Betzner, Jenn Eaker, and Tim Greer.  Following along in their wake led me to a speakeasy diner where I was the only person at the table that didn't order French toast for dinner, and then to the Blue Bar to hear stories of olden times back in the 1900s. 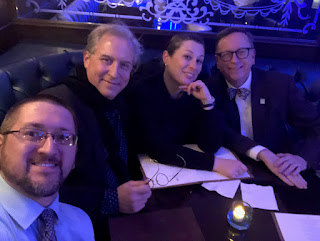 Later on, I headed up to the Wessex Press party in the Presidential Suite, and walking in was like a homecoming.  I can't even remember everyone in that room, but Steve Doyle, Mark Gagen, Al Shaw, Monica Schmidt, Greg Ruby, Charles and Kris Prepolec, Carlina De La Cova, Regina Stinson, Jacqueline Morris, Julie McKuras... I know I forgotten some folks, but you get the drift.  It was a great group of folks!  And as icing on the cake, I got to meet Burt Wolder in real life!  He is a very delightful fellow. 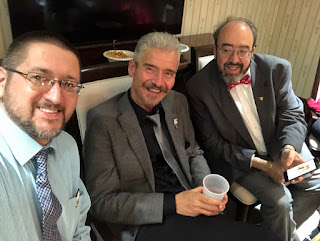 A lot of my interactions this weekend have been a lot of meeting people in real life that I've known through Twitter and email for years.  Everyone I've met has been so nice and welcoming this weekend.  And folks I've known only through online interactions even more so.  Well, I have two minutes to get my shoes back on and head to the next event.  Off we go!
Posted by Rob Nunn at 9:30 AM