Elinor Gray emulates some of the best attributes of Sherlockiana.  She's welcoming, energetic, knowledgeable, and creative.  Like fellow western Sherlockian before her, John Bennett Shaw, she spreads Sherlockiana wherever she goes, joining or starting Sherlockian societies in every city she's lived in over the past few decades.  Her big tent approach to Sherlockiana has won over Sherlockians both old and new, and her energy has created new literature and events for all of us to enjoy.

Elinor served as editor of the John H. Watson Society journal, The Watsonian, for three years and has published a lot of Sherlockian writing, with a full-length novel, a monograph, and appearances in five Sherlockian anthologies.  She co-founded The Retired Bee-Keepers of Sussex, keeps her own beehive, and is director of the Left Coast Sherlockian Symposium.  Having recently been married and now providing foster care for a lucky child, Elinor was kind enough to stay up late one night and answer my interview request. 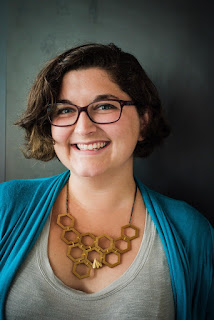 How do you define the word “Sherlockian”?
To me, a "Sherlockian" is anyone who participates in community surrounding Sherlock Holmes. I think a Sherlockian (or a Holmesian, if you want to cross the pond) can have any level of involvement with the canonical texts or the myriad adaptations. I'm sure there are lovers of Holmes who exist in solitude, who have no interest in gathering with or talking to other fans, but to me the community is the most important. How else do you find out that the term Sherlockian even exists?

How did you become a Sherlockian?
I remember carrying around a battered Doubleday when I was in middle school, and watching Sherlock Holmes in the 22nd Century as it was airing in the early 2000s. Later, in college, I was between fandoms when Guy Ritchie's Sherlock Holmes came out, and halfway through my second viewing of the movie I thought to myself, "surely there's fanfiction about this." I found a treasure trove on LiveJournal and on Liquidfic (this was before Archive of Our Own), and knew I had to go back and read the original stories again. The rest, I suppose, is history? After college, I moved to London on a student visa and got myself a MA in London Studies at Queen Mary University of London with a thesis on feminism in the early 20th century as portrayed through popular literature, or Sherlock Holmes and ladies bicycling. I was in London while Sherlock's special Christmas/time travel episode was being filmed, and got to spend a few cold days on #setlock. I lived with 221B Con-runner Crystal Noll during that time, and I'd consider it the peak of my participation in Sherlockian fandom. 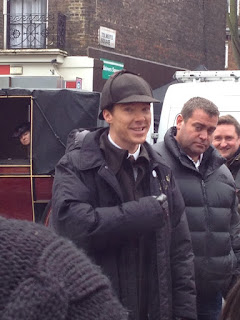 What is your favorite canonical story?
I have a strong fondness for The Solitary Cyclist, as well as Silver Blaze.

Who is a specific Sherlockian that you think others would find interesting?
I hope you have the chance to meet and spend time with Sonia Fetherston, a Sherlockian neighbor of mine here in Oregon. Sonia is one of the most interesting and generous people, and as a younger, queer Sherlockian I was grateful for her warm welcome. Sonia is a writer of renown and a collector of note, and is always sharing canonical quotes and interesting tidbits on Twitter. She is a delight to follow and chat with, and I always look forward to spending time with her over lunch or at Sherlockian gatherings.

What subset of Sherlockiana really interests you?
As a reader and writer of fanfiction  I'm interested in the subset of fic, pastiche, and anything that asks "what if"? I love the room there is in the canon to explore– the gaps Conan Doyle left for us to fill– and telling stories about those gaps. There's so many different interpretations possible in fanfiction/pastiche, and I especially love that none of them have to cancel out any other one. All pastiche is valid in its own way, and readers can choose to absorb (or "headcanon") aspects of different extra-canonical stories to fill the gaps they're particularly interested in. Are Holmes and Watson in love with each other? Did Moriarty commit all those crimes? Is Irene Adler really dead? Maybe. Maybe not. Let's explore it. 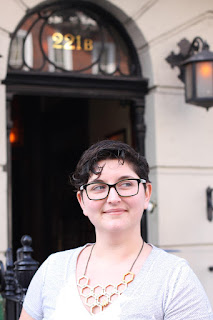 What things do you like to research related to Sherlock Holmes?
Maps. I love maps. A few that I reference frequently while writing are Charles Booth's poverty map, and this ordinance overlay map of Victorian London in Incredible Detail by the National Library of Scotland. I also love maps of Sherlockian locations and theorizing about the layout of 221B. Spacial relations lend authenticity to fic, and I like getting into the weeds on street intersections and the duration of carriage rides. I consider London a character in the canon, and the changes it has experienced over time tell its story beautifully.

Two part question: What was the impetus for the Left Coast Sherlockian Summit and what can folks look forward to next year?
The Left Coast Sherlockian Symposium was started out of jealousy for all the gatherings and goings on on the east coast that west-coast Sherlockians don't always get to participate in, given the cost of flights from one side of the country to the other. There are several west coast societies, and a few get-togethers on the calendar (such as the International Sherlockian Summit hosted by the Sound of the Baskervilles), but since Sherlock Seattle went on hiatus, nothing with a convention format exists over here. I waited a few years, but it became apparent that no one was going to put anything together for me, so I'd better do it for myself. I wanted to create a space where more "traditional" Sherlockians and "new fandom" Sherlockians could get together, compare notes, trade experiences, and make friends. I pride myself in being a crossover point for the old guard and the new, a canon fan who grew up online, and I like bringing people together to find common ground on something we all love.

Patrick Ewing, my friend and the current Grand Gander of the Noble and Most Singular Order of the Blue Carbuncle (Portland, OR's scion society), will be taking the reins for 2020, as my personal life has gotten more complicated with the addition of a wife, a new job, and a foster child. I'll still be participating in the running of the show, I just won't be quite as high up. Patrick will be keeping the format pretty much the same (one track of speakers, with vendors and extra-conference events), so folks can look forward to interesting and engaging talks on new topics, time to spend with friends both old and new, and the opportunity to explore a cool city! 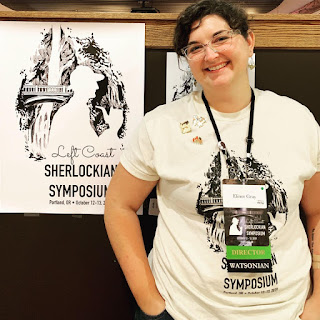 It seems like everywhere you've lived you find or start a Sherlockian society.  What is the most important part of Sherlockian fellowship in your opinion?
Intentional inclusivity is the most important factor to me when it comes to fellowship and community. I've been part of societies which are very open and welcoming to younger fans and adaptation fans, and I've been part of those which look askance at millennials and TV shows. I've had more fun at the ones that don't ask quite as many questions about your Sherlockian provenance or your canonical credentials, and which are concerned with everyone having a good time and celebrating the thing/man/character that brought us all together in the first place. I also think intentional awareness of a group's diversity goes a long way, and welcoming fans of color and queer people makes a group stronger and more interesting. Sitting around affirming one another's readings of the text is all well and good, but running into someone who reads it differently or brings a different life experience is so valuable and has applications beyond how many wives Watson may have actually had.

What book would you recommend to other Sherlockians?
In perhaps a break from tradition, I recommend Rivers of London by Ben Aaronovich,

Where do you see Sherlockiana in 5 or 10 years from now?
I hope there is another adaptation out, or perhaps that latest RDJ/Jude Law film we've been promised, and with it a new influx of fans to mingle with. I see women and other people who aren't cis men being admitted to the BSI at a rate more commensurate with their participation in the community since the beginning. I predict a few more run-ins among Sherlockians over whether fanfic is a good ("legitimate") way to explore a text or whether reputation trumps behavior. The sea of Sherlockians will always be widening, and I hope in a decade it'll be easier for those of us long-steeped in our comfortable communities to welcome the new perspectives. I don't see any signs of the global enthusiasm disappearing; perhaps only waning in the dry months. I'm looking forward to the next reason to gather. 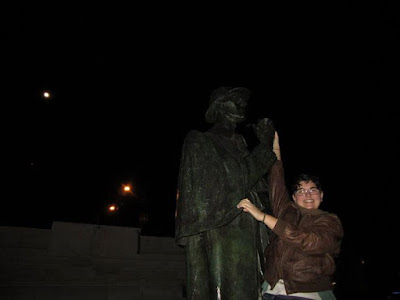