And then we came to the busiest of all the days: Saturday.

After another quick breakfast with Mark Jones, I was off to the Beacon Society board meeting.  If you are unfamiliar with the Beacon Society, it is a group dedicated to helping teachers, librarians, museum directors, theater directors, etc. introduce Sherlock Holmes to young people.  So many programs have been granted funds by the Beacon Society that it's hard to keep count.  If you know of someone who is in a position to teach or lead some kind of Sherlockian program for young people, please have them look into the Beacon Society.  We are always ready to support educators financially for their ideas or provide examples of other programs that they could build on. 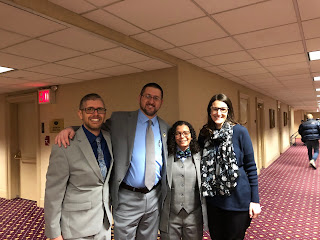 The board meeting was great.  The Beacon Society continues to move forward, and soon will have a new program for libraries that's ready made for them.  I had to miss the open meeting where some things were discussed in more detail.  This was probably my biggest bummer of the whole weekend, as my friend Derrick Belanger won the Beacon Award for his tireless work introducing Holmes to kids.  But I had good reason: I had a book signing to do!

Two years ago, Marino Alvarez and Tim Greer reached out to me to write a chapter on teaching Sherlock Holmes to middle grade students for the BSI Professional Series book on education.  After a long anticipation, "Education Never Ends" was finally released on Saturday!  I thought I'd have a few books to sign along with the two editors and co-contributor Shannon Carlisle.  My idea of a "few" was a gross underestimation.  After AN HOUR AND A HALF of constant signing, the stream of BSI Press customers finally let up enough for me to visit the dealer's room. 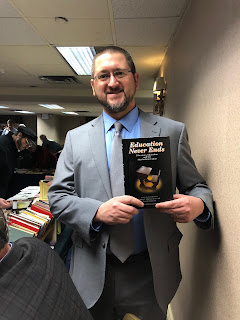 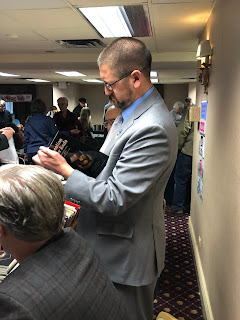 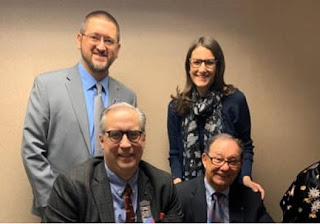 Imagine Black Friday.  Now put that in one narrow hotel conference room and fill it with Sherlockians.  You have the BSI Weekend dealer's room.  You could take a second mortgage out to shop with and still feel like you missed something!  On one hand, I knew that signing books for the first hour and half kept me from buying books and items that I would like.  But my wallet and wife  were very happy that I didn't have free reign all morning.

I did pick up one of the first special editions of The Conan Doyle Review, The Newspapers 2020 from the Sherlockians of Baltimore, Canadian Holmes: the First Twenty-Five Years, a back issue of the BSJ, and of course, Education Never Ends.  Joe Eckrich couldn't make the trip this year, so he had me working as pack mule for him with all of the new releases from Wessex Press and BSI Press.  So once I was completely loaded down with purchases, it was up to my room to drop them off, and back down to the lobby for the quick trip to the BSI Reception Luncheon.

A quick word about the hotel lobby.  I get very anxious about new experiences, but I quickly learned that a friendly face could always be found in the Roosevelt Lobby and they would always offer to walk with you wherever you were going.  Traditional Sherlockians have received criticism for being cliquish and I found the opposite to be true this weekend.  Everyone in attendance was welcomed with open arms.  And if you didn't know someone ahead of time, all you had to do was stick out your hand and introduce yourself, especially in the hotel lobby.  This is probably fodder for a different blog post, but the Roosevelt lobby quickly soothed all of my anxiety about going to new events alone. 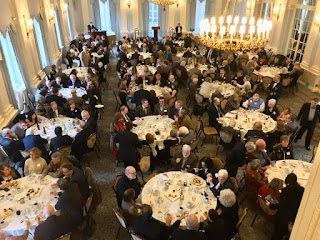 Back to the itinerary.  Back at the Reception Luncheon, you picked your own seats, and Greg Ruby and Mike McSwiggin cleverly put us right by the bar and close to the food line.  Smart men.  Other than Greg and Mike, I was lucky enough to sit with Jen Liang, Frank Cho, Denny Dobry and Ralph and Debbie Hall.  Al and Betsy Rosenblatt gave their wonderful year in review poem, Michael Kean gave a brief talk as new head of the BSI, and Peter Blau conducted the annual auction to support the John H Watson fund.  Other than that, the afternoon was for hanging out with friends while the snow came down outside. 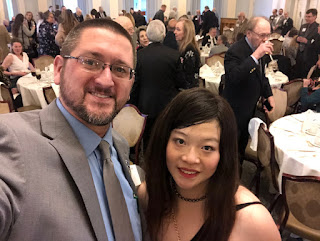 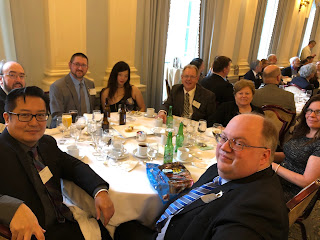 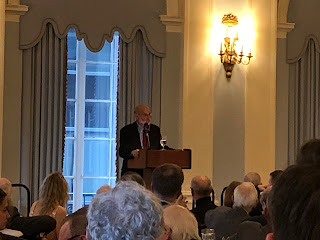 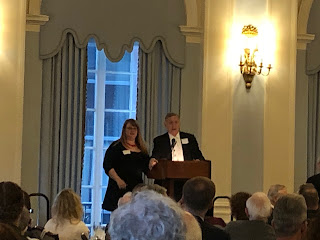 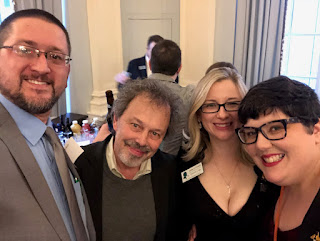 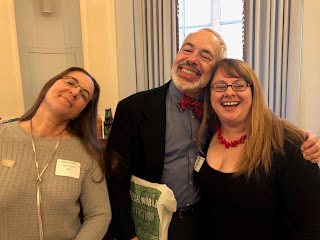 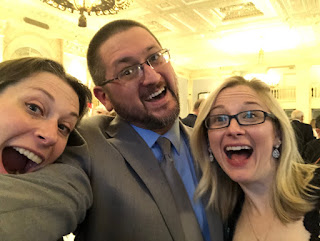 Saturday night has traditionally not had an official event, although many folks use this as time to get out into the city, hang out with friends, or eat oysters.  Jerry and Chrys Kegley host an unofficial dinner for everyone else to have a structured event to go to.  It's a nice, laid back evening, with door prizes (so many magnets!), great beef stew, and a ridiculously hard quiz on modes of transportation.  The Kegleys have created a very welcoming evening that concludes around 9:00, with plenty of time for people to head downstairs to the bar and spend their last night in New York with friends. 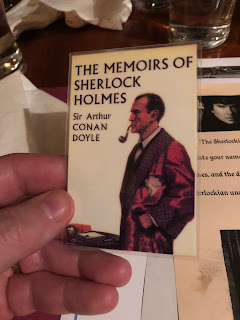 O'Lunney's is the meeting place every night of the BSI Weekend, and most people end up there for at least one night during their stay.  I hadn't made it there yet, so Saturday was my night.  Moving around from table to table put me in lots of fun conversations with Heather Holloway, Crystal Noll, Chris Zordan, Rusty Mason, Anastasia Klimchynskaya, David Harnois, Tiffany Knight, Curtis Armstrong, Don Hobbs, Tim Greer, Ashley Polasek, Betsy Rosenblatt, Jen Liang, and a lot of other people. 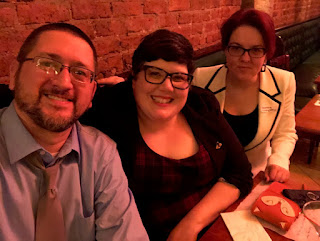 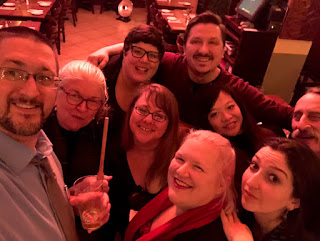