No Peace in Life [WIST]

This weekend was the latest meeting for the Jefferson Hopes of St. Louis scion and our topic was "The Illustrious Client."  Each member is expected to bring some kind of presentation for the meeting.  We had a lot of great discussions on quotes from the story, Violet DeMerville, China saucers, Marleybone road, and plenty of other subtopics.

I chose to focus on Charlie Peace.  If you're not familiar with this name, it comes up in a "blink and you'll miss it" line where Holmes mentions that even criminals have admirable qualities.  Charles Peace was a true life criminal, arrested repeatedly for burglary and convicted of two murders.  Whole books have been written about him, but a quick scan of his Wikipedia page can give you some more details. 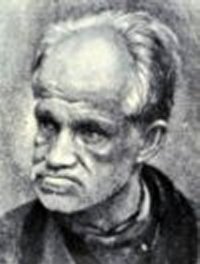 Coincidentally, I came across an article on Peace in the 1966 Spring Baker Street Journal that I sat down with yesterday afternoon.  Author Franklin Rhode tried to pinpoint where Holmes and Peace would have met and offers a few theories in the BSJ.  As you can see in my following paper, I strongly disagree with Rhode's theories.

“My old friend Charlie Peace was a violin virtuoso,” Sherlock Holmes says during “The Illustrious Client” in 1902.  By then, Charles Peace had been dead for 23 years, having been executed in 1879.  But what was the relation between Holmes and Peace?  Or was a relationship even possible?

If Peace was executed in 1879 that leaves very little time for Holmes to get to know him personally.  According to most chronologists, Holmes didn’t begin studying detection until 1877 or 1878.  Burglar and murderer Charles Peace was widely known throughout England at the time, as the police force spent months looking for him.  Peace stayed constantly on the move, often changing his appearance to keep police off the scent.  Of course, Holmes would have read about this manhunt in the papers of the day.  Peace was eventually caught during a burglary in 1878 and his trial was a major event.  But these dates shorten the window even more, as I doubt Holmes could have made the acquaintance of Peace while he was on the lam. 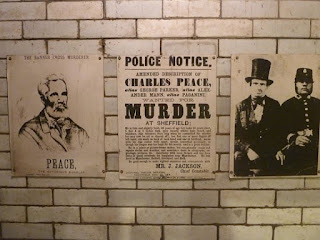 So, could Sherlock Holmes have become “old friends” with Charlie Peace in between his final capture and execution date?  Even if Holmes had tried to visit Peace in jail in the two years before his execution, would this young man fresh from college have been given passage to such a prolific criminal?  I doubt it.

More likely, Holmes studied Peace’s methods, specifically those of disguise and safecracking that would come in handy later on in his detective career.  Perhaps even Peace’s face was part of Holmes’s “pictures of celebrated criminals with which every wall was adorned” in his Baker Street bedroom in later years [DYIN]. 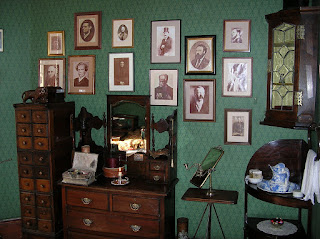 There were many times that Holmes spoke in admiration of criminals.  Moriarty, or course, but he also referred to a child murderer as a “winning woman” [SIGN] and called John Clay “the fourth smartest man in London” [REDH].   So why wouldn’t Holmes respect Peace, who on top of all of his criminal activity, also had a history of playing violin on stage in his younger days?

As we’ve seen many times, you can’t always take Sherlock Holmes at face value.  I argue that Holmes is being facetious in his meeting with Sir James Damery.  Not his best look, as Damery is attempting to stop one of the vilest men in the entire Canon.

On a lighter note, one of my friends texted me last night to point out that Charles Peace reminds him of Brain from Pinky and the Brain.  You be the judge: 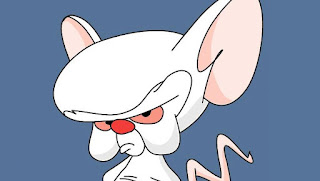