There I Stayed for Some Time [STUD]

Meetings and conferences are getting canceled.  Certain staples are hard to find (I scoffed at the people hoarding hand sanitizer and toilet paper, but then I heard my library was closing for three weeks and I suddenly felt that panic).  Kids are being sent home from school and everyone's work is being disrupted.  I've been thinking about a way to address this new way of life we're looking at for at least the next few weeks, but kept coming up short. 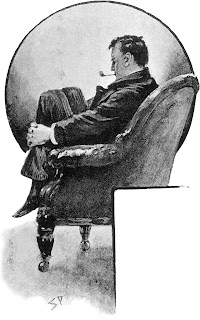 But then, like an articulate knight in shining armor, Bill Mason sent an email to the Welcome Holmes listserv that encapsulated what so many of us are feeling.  I wanted to share this with everyone who reads this blog and may not subscribe to that email list because, well, it's just perfect:


Well, by now, this pandemic has had its effect on each and every one of us, including in the enjoyment of our Sherlockian activities.  In Nashville, we have cancelled our regular meeting of the Nashville Scholars this Saturday, and the weekly gatherings of the Fresh Rashers of Nashville have been suspended until further notice.  Holmes, Doyle and Friends in Dayton has been called off because all the restaurants and bars in Ohio have been closed by the governor--and Sherlockians cannot gather without food and alcohol, or at least I have never heard of such a thing.  Notices from around the country about cancelled scion meetings seem to come every day or so.

This is all to be expected, I suppose, under the circumstances.  But all such crises have a finite duration, and--hopefully--other events later in the year will still be convened.

Sherlock Holmes, though, will endure, as he always has--he who was never born and so can never die.  And Sherlockians, thanks to such blog sites as WelcomeHolmes and literally dozens of others most of us have bookmarked, will continue to play The Game.  Most of you are on other forms of social media (I am not), and I suspect you have been active there.  In fact, as we control our personal social interactions for a few weeks, our virtual contacts may increase.  Our Sherlockian family also will endure.

I have never believed (and current circumstances will not change my opinion) that electronic communication, as wonderful as it can be, will ever adequately substitute for face-to-face, personal interaction in the Sherlockian world.  But it is comforting to know that all of you are out there, and I imagine each of you sitting in an armchair beside a fireplace as the elements beat against the bow window, literally and figuratively, just as Holmes and Watson did at 221B Baker Street.  And I also like to think of each of you as being safe and well and as anxious to answer the call that "the game is afoot!" as I am.

Wishing each of you the very best. 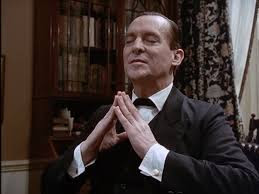