This month marks the four year anniversary of the podcast I Grok Sherlock.  This month's interviewee, Mike Ranieri, and his co-host Geordie have talked us through STUD, SIGN, The Adventures, and the Memoirs, just wrapping up season 2 with an EPIC three part episode on The Final Problem, with special guest Peggy Perdue.  Mike is also Meyers for the Bootmakers of Toronto, graphic designer, and a 20-year veteran of the theater.

All of these bring an interesting viewpoint to the show.  Mike and Geordie take their listeners through the story, but a major part of each episode focuses on the media representations related to the story being discussed.  And it's not just well-know versions, these guys go back into any and all radio versions, and some stuff only die-hards will remember.  So  let's get to know Mike Ranieri, one of Canada's prolific Sherlockians. 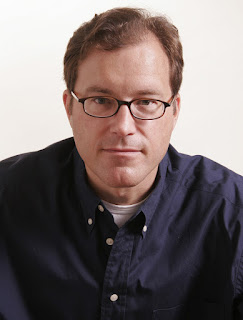 How do you define the word “Sherlockian"?

Primarily, someone who enjoys the character of Sherlock Holmes from the stories of Sir Arthur Conan Doyle. Although, perhaps this could be referred to as “just” a fan of Sherlock Holmes and Sherlockian (or Holmesian) should be considered as something deeper?

Most Sherlockians love to read and reread, and even study, the canon. They are interested in the minutiae of each story and want to learning about Holmes’ creator. And many enjoy the wider Sherlock Holmes materials such as the plethora of pastiches and parodies, radio, TV, films, comic books, video games, etc.

Many are collectors of books and memorabilia. Some write scholarly papers and they are also often fans of mystery and detective fiction in general, including an interest in the Victorian era. And many will connect with other Sherlockians and join one of the numerous Sherlock Holmes societies (clubs) that exist in their area and around the world—and there they’ll play “The Great Game,” the defence of Sherlock Holmes as a real person!

Sherlockian is like “Trekkie” (the Star Trek equivalent), If you’re not too strict about the term, there’s a lot of room to move within the space, and I’m fine with that.

Well, that relates to your first question as to how you define Sherlockian. I’ve been a fan of the character since I can remember. My first exposure was from cartoons—Daffy Duck, Mr. Magoo, Popeye, The Muppets. Then, of course, I watched the Basil Rathbone films on TV. In junior high school I read the stories for the first time when I purchased a series of novels from Ballantine books with beautiful cover illustrations by Dick Anderson. And in school I directed, wrote, starred in, and videotaped a parody, "The Son of Sherlock Holmes."

I became a formal Sherlockian many years later when I joined the Bootmakers of Toronto.

I was scheduled to direct a Sherlock Holmes play in October of 2013 for an amateur theatre company. I wanted to ensure the show’s success with good attendance. So, I thought I would contact any and all Sherlock Holmes related groups in the Toronto area. I discovered that the Bootmakers were the premier group. I knew if I just showed up at a meeting close to the performance date and announced my show, I might not be very successful as I was a stranger. So, I came to all the meetings starting at the beginning of the year. When the date of the shows arrived many of the Bootmakers attended and we even had a Talk-Back evening after one of the shows where I introduced the Bootmakers in the audience and they help answer questions about Sherlock Holmes and Conan Doyle. After that, I just continued to come to the meetings and the next year I became a member. 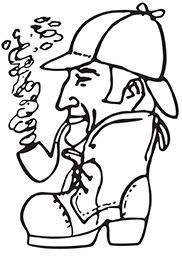 I can’t narrow it down to just one. Even though it is the least “investigative” of most of the stories I like “The Final Problem” (and its sequel “The Empty House”) for the pure adventure and drama and the introduction of Holmes’ ultimate nemesis, Professor Moriarty. I also really like “The Adventure of Wisteria Lodge,” in which we are introduced to a police detective, Inspector Baynes, who rivals Holmes deductive skills.

Mark Jones. I met Mark on my first BSI Weekend—great guy and very knowledgeable. He lives in the City of York, U.K., one of my favourite places when I traveled to England on vacation a number of years ago.

Mark is an educator. He studied and taught the history of the eighteenth and nineteenth centuries. He has written several books on television, film and literature and has contributed articles to The Baker Street Journal, Canadian Holmes, The Serpentine Muse and numerous blogs.

Mark is the co-host of the excellent Doings of Doyle podcast which delves into the different works by Sir Arthur Conan Doyle, exploring their themes and meanings and connections to Doyle's life and writing.

As a graphic designer I’m very interested in Sherlockian art and illustration. As a thespian (or theatre lover) I enjoy reading and directing (when possible) Sherlockian plays.

I’m pretty new to this whole business and feel very unworthy of this interview as I have done relatively little in the area—my journey has only begun.

The amount of literature on Sherlock Holmes is quite overwhelming. It is surprising to me that people continue to try and write on this subject. Truly everything seems to have been done. If you think you may have an original idea don’t search too deeply because you will be disappointed. Perhaps that is too negative. I guess the idea is that even if it has been done before no one can do it the way “you” will do it—your voice is unique and only you can put your personal “spin” on the subject.

My thing is humour. I’m sorry to say that though there is much parody in the literature—and in fact the first non-canonical works were parody—the actual humour leaves something to be desired. And I do understand that humour has changed and is a product of the times—I mean just look at the what passes for humor in today’s film and TV—some of it is excellent and unique but most of it is just bad (as an aficionado of TV comedy I could talk at length on this).

My first published humour piece is in Chris Redmond’s Sherlock Holmes is Like: “World’s Greatest.” I’ve written a few parody songs and sketches which I’ve performed for the Bootmakers, one which is a short unpublish parody call Sherlock Noir. 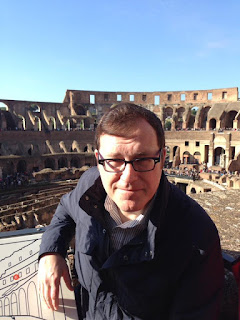 How has your time as Meyers for the Bootmakers influenced how you view Sherlockiana?

I’ve become more aware of the larger world-wide community and how it presents itself. Having to schedule and orchestrate story meetings and book speakers I’m very interested in “what make a successful meeting.” There are numerous components to consider: diversity of content and speakers, effective presentations and the use of PowerPoint and video, timing, venue, format, etc. And now, with COVID, the whole online component is extremely important. 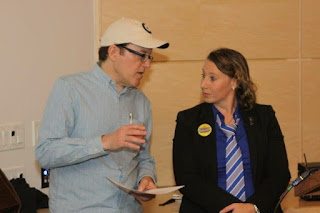 What goes into the making of an average episode of "I Grok Sherlock"?

About a week or two in advance we reread the story and then do as much research as possible, including listening and watching all the radio, TV and film adaptations.

Of course, there are the journal archives from the BSI, London Society and Canadian Holmes Toronto, but those aren’t very accessible. (These archives need to be digitized and put up online. Yes, I am aware that some of this has been done and some is in the works but there are many issues that are still being, let’s say, “debated.”) And then, of course, I have access to one of the greatest Arthur Conan Doyle Collections at the Toronto Reference Library.

Most of the radio and TV adaptations can be found online from various places, i.e. archive.org and YouTube.com. All the Rathbone films on YouTube, as is the Granada Jeremy Brett series, and what I don’t have in my own DVD collection I can get from different streaming services. 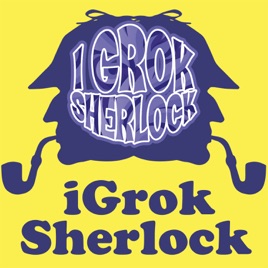 Included with the many that I have mentioned above, hands down, it has to be From Holmes to Sherlock by Mattias Bostrom. This is a very informative and fun read of the entire Sherlockian milieu from its beginnings to present day. Other books that I would recommend after reading the canon would be the Sherlock Holmes The Published Apocrypha edited by Jack Tracy and/or The Uncollected Sherlock Holmes complied by Richard Lancelyn Green and, one of the best pastiches, The Exploits of Sherlock Holmes by Conan Doyle’s son, Adrian Conan Doyle and John Dickson Carr.

I think Sherlock Holmes as a character will continue to capture the imagination and grow and adapt with society.

There are the constant ebbs and flows of interest and disinterest. Fortunately (or unfortunate depending on how you look at it) new generations have short memories and primarily prefer modern or the most recent stories eschewing the old—remakes and remakes of remakes will continue ad infinitum. It will be interesting to see if creators can come up with something new amongst the plethora of female Holmes’s and Watsons, their many brothers and sisters, wives, sons and daughters, relatives and supporting characters, modern-day, sci-fi and animal Holmes’s, etc. Perhaps we could use a few more ethnically diverse Holmes’s. But Sherlock Holmes remains because he is the template for the ultimate detective, and the mystery detective story will always be with us.