Anytime you have a conversation with Dr. Anastasia Klimchynskaya, you can just feel the intelligence radiating off of her.  Whether it's online or in the hubbub of the BSI weekend, Anastasia can go toe-to-toe with anyone in fandoms.  Some of us are specialists in Sherlockiana, but it might be said that her specialism is omniscience of fandom.  She's written articles for the layperson and for academics on many areas of fan culture, and is currently co-hosting Sundays with Frankenstein at The Rosenbach in Philadelphia.  From Frankenstein to Supernatural, she knows her stuff!

Anastasia is a postdoctoral scholar at The Stevanovich Institute on the Formation of Knowledge in Chicago, IL and hails from Belarus.  In 2013, she won the Morley-Montgomery Award from the Baker Street Journal, was invested in the BSI in 2018, has written for I Hear of Sherlock Everywhere, Den of Geek, and Cinema Sentries on our favorite detective.  But don't let her credentials intimate you!  Anastasia is such a cool and welcoming person, that within minutes of meeting her for the first time, you will be wrapped up in her world.  So let's get into the world of Dr. Anastasia Klimchynskaya! 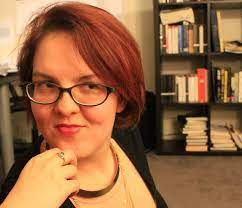 Honestly, just someone who loves Sherlock Holmes and embraces at least some of our traditions.

Funny story, that – I love telling it.

When I was in fifth grade, I loved reading Nancy Drew novels, and my mother (who grew up in the Soviet Union, where Holmes was very popular) decided I needed something more serious, and, understanding how much I loved mystery stories, gifted me a copy of the Adventures and Memoirs of Sherlock Holmes. Just those two, so of course it ends with him going over the Reichenbach Falls! My mother thought those were the only story collections, and so for a good decade or so, I believed Sherlock Holmes did indeed die! (I know, very Victorian of me). Then, when BBC Sherlock came out alongside Guy Ritchie’s movie and there was all this hype, I decided to revisit those stories and discovered that, well, there were a lot more of them than I originally thought and Holmes returns from the dead.

That moment in the 2010s was kind of a perfect storm of Sherlockian content, and it was impossible not to get swept up in it – I was at the University of Chicago at the time, and have fond memories of attending scion meetings come hell or high water (or some lovely freezing Chicago weather), taking public transit as far as I could, which point Susan Diamond (who also became my mentor and guide into Sherlockiana, and whom I miss dearly) and her husband would pick me up and drive me the rest of the way.

And then, the next year, as I studied abroad in Paris just as the second season of Sherlock aired, I have fond memories of papering the Rue des Boulangers with signs that “Moriarty is Real.” It was in Paris that I wrote a piece that would eventually be published in the Baker Street Journal and go on to win the Morley-Montgomery Award, at which point Steve Rothman called me and insisted that I really, really had to come to the BSI Weekend because, well, I had to be there to receive it and I haven’t stopped going since. 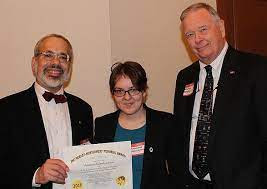 I love the stories in which Sherlock Holmes is confronted with a seemingly supernatural phenomenon and must prove that there’s a natural, rational explanation; to me, that encapsulates not just who Holmes is, but what he’s symbolized, both to the Victorians and to us – the triumph of a “modern” rationality. So, The Hound of the Baskervilles, the Devil’s Foot, and the Sussex Vampire.

There’s so many amazing Sherlockians out there doing amazing things, but if you’re giving me the space to give a shoutout to only one, I have to say Ross Davies. That man is doing so many things all at once, and he must have called me at least half a dozen times in the past year asking me to write an essay for a Manuscript Series, or do a footnote for an almanac he’s publishing, or work on an annotated edition he’s decided to put out, or be on a Committee for the Arthur Conan Doyle Society that he founded. I don’t think it’s possible for one person to singlehandedly revitalize Sherlockiana, but he’s certainly coming very close to it!

What subset of Sherlockiana really interests you?/What things do you like to research related to Sherlock Holmes?

I’m going to answer both of those questions in one, because they’re very connected for me.

As academic whose training is in literary studies, and who considers herself a cultural historian of sorts, I’m always interested in examining texts and characters as cultural evidence. I’m fascinated by the way works of fiction or characters can seize and express something that’s in the air at a moment in time, something of the hopes and fears and anxieties of a period or a society.

And that’s a really rich field to explore with Sherlock Holmes: he represents, as Michael Saler has so convincingly argued, the re-enchantment of a modern world “through means entirely consistent with modernity.” He encapsulates not just the values of the Victorians but many of the cultural trends and concepts and paradigms that still define our world today: the idea of the unconscious and of looking “beneath the surface” based on external signs, the practice of reconstructing past events based on traces and clues (reminiscent of the practice of paleontology emerging at that period), the emergent sciences of sociology, anthropology, and statistics through which both individuals and groups can be understood, the valorization of concepts like rationality and objectivity….I could go on.

How has being an academic influenced how you enjoy Sherlock Holmes?

That’s a very interesting question, because for a while, I really conflated academic literary scholarship (which is what my degree is in) with Sherlockian, Game-playing writing of the kind that appears in the Baker Street Journal. Which is not to say there’s no overlap between them, but academic scholarship tends to be more serious, whereas the Game, as it name suggests, is more playful, more about seeking out tenuous connections and exploring them and reveling in possibility. It rejoices in maybes and perhaps and what-ifs. An academic article would say that there’s no proof Holmes and Freud had ever met, but a Sherlockian would point out that their dates overlapped, and Holmes was presumed dead for three years, and what if. Sorting out those differences took a few years.

Still, I think there are some similarities between the two– Holmes always seeks clues, traces, external signs of secrets hidden beneath the surface, and that’s my approach to literary study as well: to take literary texts as pieces of cultural evidence, to consider their language, their characters, their symbols, and their allegories as clues, as signs, of what was “in the air” at a moment in time. I actually once wrote a short piece, which I’d really love to dig out and publish somewhere, titled “the Sherlock Holmes Method of Literary Analysis,” describing precisely that. So I think if anything, it’s that: this idea that if you look close enough, the most minute details in a text can function as clues for something larger, something lurking beneath or within. 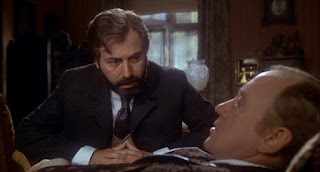 What are some trends in Sherlockian fandom do you wish more people knew about?

Just…the sheer absurdity of some of it (in a good way). The way we have all these traditions – we pretend Holmes was real, and his creator fictitious, and actually take that seriously, and roll with it, and publish whole books based on that premise. The way we meet every January as close to January 6 as possible, because that’s Holmes’ birthday, because in one of the novels they’re hungover on January 7 and that must be because of a birthday celebration, and so we absolutely must all fly to New York every year to commemorate that. We argue over the location of Watson’s wound and how many wives he had as if they’re as important as the connotations of a line of Hamlet.

There’s something so joyful, so irreverent, so whimsical about it all, all these adults who find enchantment in this kind of game of pretend (which applying immense intellectual prowess to these pursuits), and I really wish more of the world at large knew that something like that exists.

Just the one? Well, recently I’ve really enjoyed Theodora Goss’ trilogy, which begins with The Strange Case of the Alchemist’s Daughter, and includes Holmes and Watson, as well as Mary Jekyll, Diana Hyde, Justine Moritz/Frankenstein, Beatrice Rappacini, and Catherine Moreau. 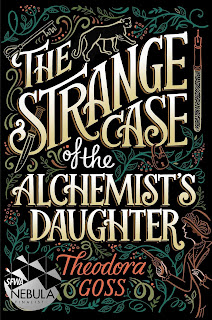 You really had to throw me a curveball by asking this question during a pandemic, huh? I don’t think any of us know what anything will look like a few months from now, let alone years. Though, since I’m a science fiction scholar, asking me about a decade in the future makes me begin imagining things like implants in our brains and humans on Mars.

But, to be a little more serious: I think the pandemic has changed, well, everything, and I’m of course wondering about which of those changes will last and transform Sherlockiana into something different. For one thing, many of the places where we hold the BSI Weekend in New York have since closed, and I’m sure we’ll find new ones while keeping the memories of the old ones alive (we always have, since the BSI was started in the 1930s), but it has certainly led to a lot of conversations, in the wee hours of the after-after-party of this year’s BSI Weekend, of what our celebrations will look like in the future, and at what price point they’ll be, and what tradeoffs we want to make between accessibility/affordability and remaining near our familiar stomping grounds around Grand Central Station. I don’t have any answers for you on that score except to say that I think we’re at a crossroads of possibilities and will have to decide what we want Sherlockiana to look like a decade from now.

I do think one thing the pandemic has done is sped up a transformation that was already happening and which will continue happening, which is Sherlockiana gaining a steadier online presence. When I first discovered scion societies a decade ago, I found a plaintext list of my local scions on a website that looked like I’d been hand-coded in the 90s and sent an e-mail asking when the next meeting was. Now, of course, we’re meeting on Zoom, most of the scions create Facebook events for their meetings, and Scott Monty does an amazing job keeping everyone updated on Sherlockian news through I Hear of Sherlock Everywhere. It’ll definitely take away a little of that secret society feel that I thought the BSI and various Sherlockian traditions have always had, but on the other hand, it gives greater access to anyone who may want to join.