Tamar Zeffren is a special kind of Sherlockian.  She's not one to crave the spotlight but she is everywhere!  The interesting thing is, you don't know she's there until you look for her.  And then you'll notice that Tamar is one of the amazing folks that is putting her time and expertise into so many things!  You'll see her name in the Baker Street Journal, the Baker Street Almanac, as a member of the Adventuresses of Sherlock Holmes, one of the Baker Street Babes, on the Board of Advisors for Sherlockian.net, the faculty of The Priory School, keeping the Baker Street Irregulars Trust site humming....  Seem like a long list?  I'm sure I've missed a thing or two!

But here's what's great about Tamar: she doesn't lead with any of that stuff; you're just naturally drawn to her charm.  In fact, I've known her for a while and only learned about some of her roles in Sherlockiana as I was doing research for this interview!  Tamar seems to be involved in so much and know so many folks in our hobby because she is a genuinely nice person who also happens to be wickedly smart.  So it's no wonder that people want to work with her on projects.  If you're a Sherlockian on the east coast, this is a name and face that's familiar because she's sure to be found in the middle of a group of fun-loving folks at an event.  And with all of the Zoom meetings over the past year, Tamar's smile is probably familiar to a lot more folks from across the country.  Whether you have known her for years or she's the lady that said that smart thing that really stood out on your last Zoom meeting, you know that Tamar Zeffren is definitely going to be an interesting interview! 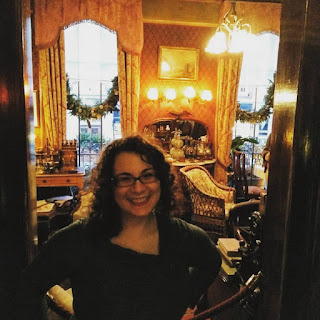 A person with an excess of excitement and whimsy who has decided to deploy it on behalf of anything which relates to Sherlock Holmes. Fortunately for Sherlockians, that can truly be anything.

My introduction to Sherlock Holmes was, conveniently, buttressed around a mystery. I first encountered at home the Bantam Classics two-volume mass market paperback. This version was so cheaply printed that, no matter whether I turned one page or 100, tell-tale Canonical smudges ended up in many unwanted places. This Whodunnit, or more accurately Whoreadit, was easy to solve.

My interest in Holmes dwindled during my adolescence, possibly because I did not know anyone else who was interested in reading or discussing the stories as often as I wanted to. While in college, my interest rekindled and one of the first purchases I made to lend my dorm room a homier (Holmesier?) feel was a new edition of the Canon. This sparked a sudden impulse to Google Sherlockian groups in New York; this expedition first led me to the Adventuresses of Sherlock Holmes (ASH) under the leadership of the truly incomparable Susan Rice and the ASH Wednesday dinners on the first Wednesday of every month. 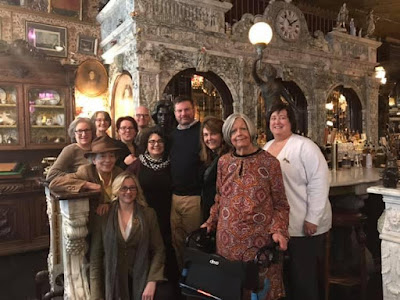 I feel very fortunate that ASH was my first introduction to a Sherlockian group, not only because it is such a welcoming group, but because so many incredibly knowledgeable Sherlockians from India, Sweden, and everywhere else would visit New York, or pass through, and end up holding court at an ASH Dinner. These gatherings exemplify the literally global reach of Sherlockian friendships—and nothing could stand as a more fitting tribute to the bonds between Holmes and Watson which animate the entire Canon.

Through this channel I ended becoming aware of and participating in many other groups—and Sherlock Holmes and Sherlockians have remained a “fixed point” for me ever since.  My life is immeasurably enriched by online and offline Sherlockian gatherings, projects, and above all, people. I even have Holmes to thank for appearing at Lincoln Center(!) with other Baker Street Babes on a panel in May 2016 about “The Forensics of Storytelling” discussing the science of Sherlock Holmes, narrative genres and techniques, and lessons for storytelling and experiential design. 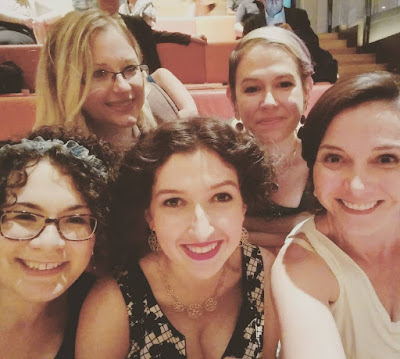 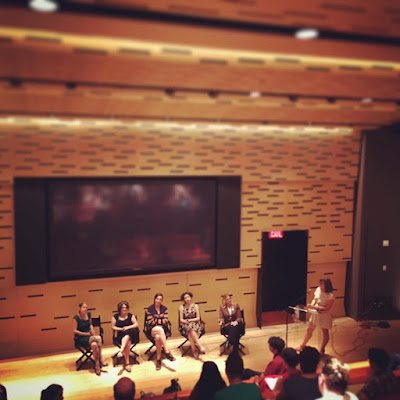 “The Man with the Twisted Lip.” Such a piquant mystery. And that’s even before you take into account that Watson’s wife calls him James.

Talk about an embarrassment of riches. To pay tribute (again) to a quotation that Bob Katz often shares, “Come for the stories, stay for the friendships.” (If I have misquoted, I’m sure I will hear of it.) Every Sherlockian I have had the privilege of meeting is interesting!

Two fascinating individuals who come to mind are 1) Peggy Purdue and 2) Andy Solberg. Each is a remarkable and kind Sherlockian with a range of fascinating interests and the ability to hold a spellbinding and erudite conversation about any of those.

[Reader, I have also cheated on this question. See further below.] 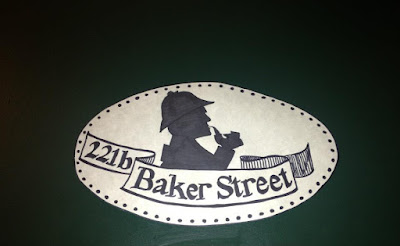 As someone with no musical talent but a surfeit of enthusiasm (I consider myself as a professional “audience member”), I find musical homages to Holmes, from parodies deployed at scion meetings to large-scale productions, utterly brilliant. I hope there is a more concerted effort to collect and preserve those delightful creations so that they can inspire and delight future generations.

I am keenly interested—which is not at all the same thing as being skilled—in applying natural language processing (NLP) methods to the Sherlock Holmes stories, and to the astounding output of Sherlockian writings as well. When I ponder the fertile research possibilities inherent in being extract and analyze heretofore unseen, or underseen, patterns across a vast corpus of text, the mind boggles (and addles!). I think a consulting detective would look favorably upon Sherlockians employing this technique to continue exploring his world. 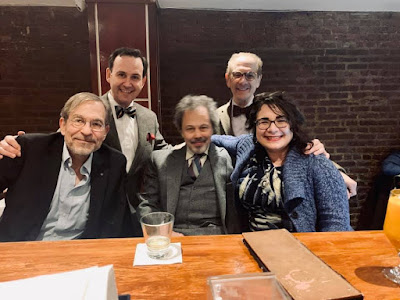 How did you become involved with the BSI Trust and why should more people know about it?

My involvement with the Baker Street Irregulars Trust began in 2014. The inimitable Steven Rothman, stalwart Baker Street Journal Editor and yet another Sherlockian force of nature*, remembered that I am an archivist (that billing sometimes does stand out in people’s minds) and put me in touch with the BSI Trust, the BSI’s institutional archives. The Trust had embarked on a project to post a page about every Annual Dinner, complete with relevant images and archival material from the Trust’s holdings. I began assisting Andy Solberg, who was then Trust Chair, with compiling content for those Dinner pages. My involvement with the Trust has continued as the collection has evolved, including its move from Harvard’s Houghton Library to the Lilly Library at Indiana University.

In 2020, I was asked to assume the role of Content Manager for the BSI Trust website. Work in this vein got off to a slow start in that year, for obvious reasons, but the development of a content pipeline (don’t be surprised when you hear from me on this front) and re-envisioning the user experience is now well underway. In this capacity, I work with Randall Stock, who oversees all websites associated with the Baker Street Irregulars.

The mission of the BSI Trust (necessarily abridged here for space) is to “collect, preserve, and provide access to historical [records]…relating to the BSI and its members and friends.” The Trust is the repository of the BSI’s impact on the Sherlockian world—and the Sherlockian world encompasses multitudes! These records hold meaning not only for BSI members, but for anyone interested in researching numerous aspects of the pursuits of individual Sherlockians and the collective impact of this entity.

Access to archives belongs to all. None of us exist apart from it—our mutual activities today seed future Sherlockian directions, and therefore influence the archival record that will (we hope) endure. Becoming more familiar with the wealth of archives emboldens us to comprehend the impact we can have in this world to which so many devote so much time and that can yield such fulfilling returns. 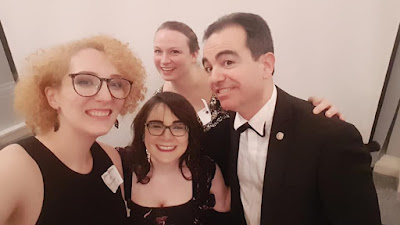 As an avid theater fan, how does that influence how you enjoy the Canon?

It offers me an even greater appreciation for the agility and succinctness of Conan Doyle’s prose, and as well for the incredible acuity that playwrights and actors can bring to reinterpreting that text. It is a pleasure to revel in the texture on the page about, for example, Holmes “scraping upon his violin,” and then to encounter so many visceral elements of such a scene in performance: the chosen passage, Watson’s facial expressions, the ambient noise in 221B, and so forth.   Experiencing theatrical interpretations offers me the chance to return to a familiar passage, now imbued with new sensations. What a treat! 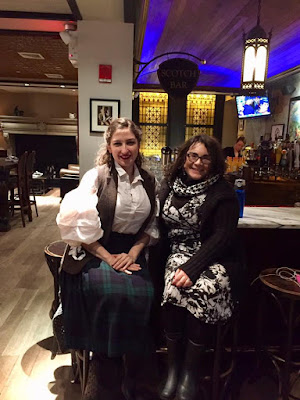 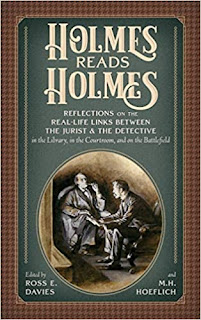 The ramifications of the almost universally virtual landscape that all manner of Sherlockian activities (scions, conferences, book fairs, a day at the Silver Blaze races) have been forced to adapt for over a year now are, of course, still unknown. Even when circumstances safely permit in-person gatherings, I cherish the hope that we will not depart from a a greater commitment to accessibility.

I see an ongoing and deepening focus on local networks, including the revitalization of defunct groups and more focus on smaller conferences that do not only occur in urban metropolises. I hope there will be more conferences jointly organized by a global range of Sherlockian groups; we have so much to learn and share with one another that should not be circumscribed by travel costs. I anticipate further innovation in the audiovisual sphere, especially as that medium has been such an instrument of outreach and cohesion for the Sherlockian community during the current crisis.

Publishing will continue to be a ferment of activity for Sherlockians! However, how much resemblance will today’s publishing environment—scope, research, distribution, publicity, etc.—bear to the landscape of a decade or more from now? “[T]he future will decide.” (NORW) 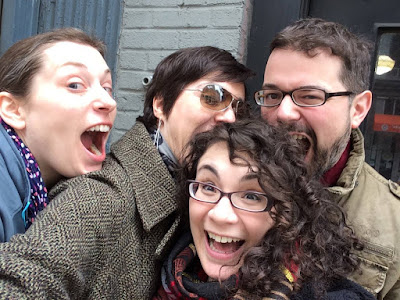