The Adventure of the Missing Three-Quarter isn't on anyone's top ten favorites list.  Many will say it's a weak story (I won't argue), but I think what makes it feel so off is  how much Holmes is floundering throughout this case.

Watson tells the reader right up front that Holmes is off drugs at this point in his career.  That could be foreshadowing to make it more shocking when we see Holmes with a syringe in his hand later on, or it could be a backhanded explanation for why his friend is off his game.

Whatever the reason that this information is shared, it's soon taken over by Cyril Overton's missing teammate.  And perhaps a better foreshadowing in this story would be Overton's quote to Holmes: "Why, Mr. Holmes, I thought you knew things." 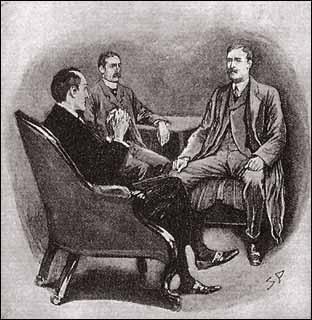 Holmes, who so often says you should not make conclusions without enough evidence (or at least say them out loud) is throwing around false conclusions left and right in the early stages of his investigation:

Godfrey Staunton is a sick man. - He is not.

Godfrey Staunton has gone missing due to his importance in the follow day's rugby match. - Nope.

Godfrey Staunton is being held for ransom from his rich uncle. - Wrong again. 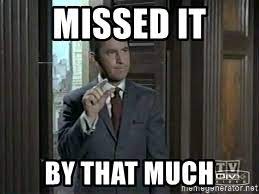 And Watson is quick to point out that neither of Holmes's two last theories have anything to do with the one piece of evidence they DO have, Staunton's telegram.  Holmes concedes to Watson's point (a first?) and admits that he was surprised that he was able to ascertain the telegram foil as easily as he did.  This is not the detective we've come to expect amazing things from.

But not only is Holmes throwing around incorrect theories, when he and Watson arrive in Cambridge, we see him brazenly wrong about Dr. Leslie Armstrong and then he gets outsmarted by the man! 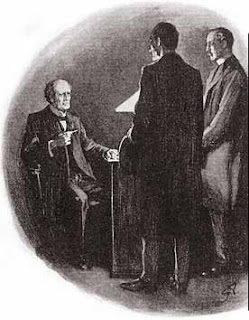 After their initial meeting with Dr. Armstrong, Holmes tells Watson that the man is a sinister villain, one who could rival Moriarty himself.  - He is not.

Holmes tries to follow Armstrong's carriage on a bike, only to have the carriage stop, Armstrong get out and walk back to Holmes to tell him "in excellent sardonic fashion" to go ahead and pass on by. - A mortifying incident, indeed. 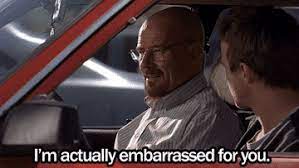 And what's even more interesting here is, Watson offers to do the EXACT SAME THING the following day!  Why?  Well, he clearly thinks that Holmes is off of his game here.  And when Watson is offering to do something better than Holmes can, you know the tables have turned.  Holmes turns down Watson's offer, saying, "I do not think that you are quite a match for the worthy doctor."  Well, Holmes hasn't really proven himself to be, either.

And what does Holmes do instead?  He casts around blindly in nearby towns for a day.  This is a man who is grasping at straws.

Another day later, the rugby match has been lost and Godfrey Staunton has still not been found.  But Holmes is ready to employ a trick that has worked previously.  And here we meet the real detective in this story: Pompey! 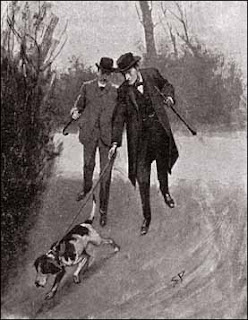 Pompey the draghound finally shows Holmes and Watson where Dr. Armstrong has been going each day and where Godfrey Staunton can be found.  But Holmes is holding doggedly onto the notion that Dr. Armstrong is a villain when he tells Watson, "I fear there is some dark ending to our quest."

We all know that this story ends in tragedy for a young married couple, and Sherlock Holmes is quick to leave the cottage once he's learned Dr. Armstrong's role in the case.  In fact, this may be the most abrupt ending in the Canon.  I turned the page, fully expecting to find another paragraph or two!  But no, "'Come, Watson,' said he, and we passed from that house of grief into the pale sunlight of the winter day," is how the story ends.  Maybe Holmes should have told Watson to whisper "Godfrey Staunton" in his ear the next time that the detective was getting a little over-confident in his powers.