The number 60 is an important one for Sherlockians.  So, for my 60th Interesting Interview, I knew it had to be someone who was a real standout among such a wonderful group of people as Sherlockians.  Steve Rothman definitely fits that bill.  Many people will know Steven as the editor of the Baker Street Journal and that would be bona fides enough to want to know what this guy has to say.  I am an unabashed fan of the BSJ and am continually impressed and entertained with the product that Steve puts out.

Over the past few years, I've also come to appreciate the writings of Christopher Morley and Mr. Rothman is an expert on this founding father of our hobby.  Through emailing about these two interests, I've come to know Steve a little bit, and he is unbelievably nice.  Anytime I've had a question about Morley, Steve is always quick with answers and a welcoming manner.  And as someone who has been on the receiving end of his gentle yet reassuring BSJ submission responses, I can personally tell you that Steve is thoughtful and inviting in all of our conversations.  I think that warm personality will shine through in this landmark interview. 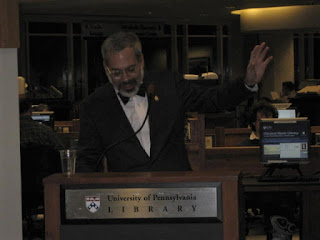 I frequently say that, to a Sherlockian, all things are Sherlockian. Even more, I would insist that all who define themselves as Sherlockian are. So you could be a print Sherlockian and have no connection with the hobby other than reading and rereading the Canon (a term of which you may not be aware). Or you could be a Sherlockian who spends a great deal of time watching Holmes on a screen. You can be a scholarly Sherlockian, trying to explicate the text, to unfurl the hidden details of the vanished Edwardian world. You can be a cosplay Sherlockian whose greatest joy is dressing up in some related way. You can be Watsonic, Milvertonian, Morantic, Moriartian, or Adlerite. Really, there are probably as many ways to be a Sherlockian as there are Sherlockians. And I approve of all of them because, deep down, they all love the stories about the detective who lives in Baker Street.

Before I could really read, my father gave me an illustrated Sherlock Holmes, with pictures and text on every page. It had “The Red-Headed League,” “The Speckled Band,” and “The Final Problem.” Maybe there were one or two more. I found it terrifying: the lantern-lit man emerging in the dark cellar, the man with the snake wrapped ’round his head, the struggle at the Falls. All it did was give me the willies. A few years later, at eight or nine, I read The Adventures and found them okay. I read The Hound as well.

But I did not really become a Sherlockian until I was 12 and ordered a remaindered copy of Baring-Gould’s Sherlock Holmes of Baker Street for a dollar. Why? I have pondered that question for many years. But when the book arrived, I devoured it. I found it hilarious. Here was an author arguing that the clearly fictitious Sherlock Holmes was a real man, indeed was still alive at some quite advanced age. There were footnotes and bibliography. I drove my friends and family quite crazy for a long time, insisting that Holmes was real. I looked up every book Baring-Gould referenced, but my library only had Starrett’s Private Life.

Fortunately for me, I lived quite close to Haverford College, and Chris Morley’s alma mater had a number of works of early scholarship. I gulped them down hungrily. (I had—quite separately—come upon Morley’s work at the same time, although it was probably another year before I put Chris and Sherlock together. That was a happy moment!) 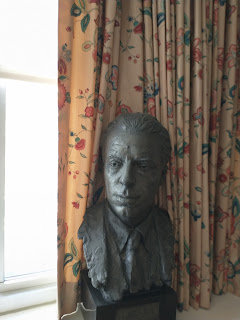 I catalogue rare books for a bookshop. It allows me to handle a never-ending stream of amazing material and use effectively a head filled with quite miscellaneous knowledge. Now and then, we get in something Sherlockian or by a Sherlockian. For instance, two years ago we bought a very large library of Civil War books from North Carolina. It included a sizable collection of the work of Manly Wade Wellman, who received his shilling (“Wisteria Lodge”) in 1951. I was able to dive into this collection of paperbacks, pulp magazines, etc., with more passion than otherwise, as I knew it to be the work of one of us.

My favorite story has been, since the snowy winter day I first read it, The Valley of Fear. It was set in Pennsylvania, as am I. It has a locked room murder, the only compelling “middle section” of any of the novels, and Moriarty. And it has some wonderful lines. For instance, T. S. Eliot—who, by the way, shared an office with Frank Morley, creator of the BSI crossword puzzle, at Faber & Faber—was lunching with the Wednesday Club, a group of intellectuals, in the mid-1950s, when he was asked what his favorite line in literature was. He immediately responded:

“Well,” cried Boss McGinty at last, “is he here? Is Birdy Edwards here?”

Was Eliot kidding? Did he just love the drama of those lines? Scholars have debated it for years. But Eliot did love Holmes and incorporated line from “The Musgrave Ritual” into his 1935 verse play Murder in the Cathedral. Most likely Tom Eliot was just using the lines as a way of deflating his fellow diner’s ego. 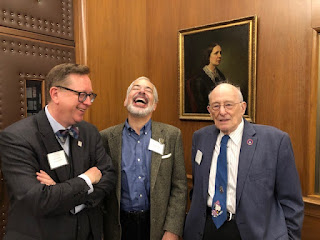 Besides Christopher Morley? Everyone who cares about both Holmes and Conan Doyle would benefit from a deep dive into the work of Richard Lancelyn Green (“The Three Gables”), a scholar and collector of endless energy and curiosity who left us far too early. His contributions to our field may never be matched. Let’s leave it at that. It would be too difficult to choose among my many friends who are still among us.

Book collecting. I have been collecting books, letters, and manuscripts in a serious way since I was 12 and, though I know it is not for everyone, have found the bibliophilic world to be welcoming, intellectually challenging, and infinitely rewarding. I have also found endless amusement in reading the Spiritualist works of ACD, though I realize that is not for everyone. 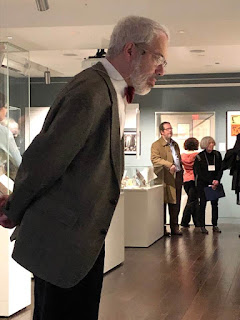 What do you look for in pieces that you include in the Baker Street Journal?

New ideas, good ideas, and good writing. As does every editor. I am always looking for new voices as well. I regard Sherlockian scholarship to be a part of popular culture, a field that has always interested me. So I do enjoy it when offered a piece that connects Baker Street to something new. I am constantly pleased by the imagination and effort of the work that comes my way.

Christopher Morley is obviously an important person to our hobby. What is a fact about him that many Sherlockians might not know?

Hmmm. Morley was the eldest of three brothers, all of whom were Rhodes Scholars and studied at Oxford. Their father, a Cambridge man, mused that his sons’ time in Oxford didn’t seem to have done them any lasting harm. 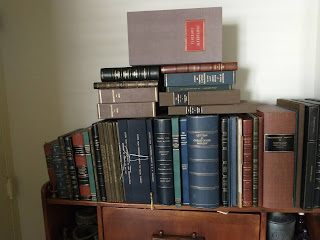 For a real time-capsule collection of Sherlockian scholarship, try The Milvertonians of Hampstead, edited by Nick Utechin (Gasogene Books, 2020). The Milvertonians were a London group in the 1950s and 1960s devoted to the single story. Their publications are quite uncommon, and Nick did a great job discovering their story.

I think more of our life will migrate onto the internet. If the pandemic has taught us anything, it is that we can share our joys around the world immediately. Perhaps more works will be published on line, with many links to easily allow us to follow a line of inquiry from one source to another. I hope that we all continue to search out those younger than us who have an interest and encourage them to have fun with Holmes. We need more Baker Street ravers. 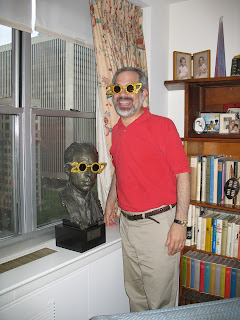