Chris Zordan is a Sherlockian that instantly brings a smile to the face of those who know him.  Gregarious and outgoing, I doubt if he's ever met a Sherlockian stranger.  And if he were just his welcoming self, that would be plenty.  But no, Chris is one of those guys who puts in the work to keep events, scholarship, and plenty of other aspects of Sherlockiana world humming.  He is one of the board members of his local scion, The Priory Scholars of NYC, a curator for Sherlockian.net, has had articles published in BSI books such as Upon the Turf and Nerve and  Knowledge, and helped coordinate the Gaslight Gala for years.

But many folks will know Chris from his presence at 221B Con every year.  His official title is the convention photographer, but you can only imagine the impact that he and his sidekick, Skwirel, have on everyone he comes into contact with in Atlanta.  A tireless supporter and frequent panelist, Chris's decades of Sherlockian activities welcome all comers to the fold.  So let's get to know Mr. Zordan a little better, shall we? 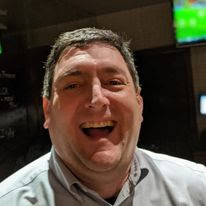 I like to think “big tent” when it comes to defining “Sherlockian”.   In my mind if you read the stories, enjoy the characters, enjoy the various media that surround Canon, and so on, you are a Sherlockian.  It’s a self-declared thing that really only requires that you feel some connection to these characters.

Jeremy Brett is responsible for my first encounter with Sherlock Holmes.  I was I guess 13-14 years old and watched one of the Granada episodes, I forget which one, and Dad saw I was very into it.  He pointed me to the Doubleday edition on the bookshelf, I started reading the stories, and the stories have been my constant companion since then.

Five or so years later I picked up copies of Steve Rothman’s Standard Doyle Company and Philip Shreffler’s Sherlock Holmes by Gas-Lamp and that’s how I learned about the BSI, the BSJ, and that there are a lot of others who love these stories the way I did.  I finally was able to attend a Scion meeting in 2011 and now I spend a lot of my free time on Sherlock Holmes events. 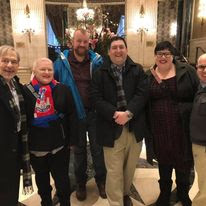 I am an analytical chemist working the pharmaceutical industry.  My interest in science generally started moving towards chemistry in specific at about the same time I discovered Sherlock Holmes.  Clearly there is a strong cross-over with being a Sherlockian, especially since chemistry makes Watson’s famous list.  The biggest cross-over is how I’ve become interested in the history of chemistry, especially during the Victorian era.  While Holmes’ chemistry is familiar to me, it’s basically taught in high-school now.  The current state of the science is very different and it’s been fun to learn how chemistry of ca. 1880 advanced to what I do on a daily basis.

It’s hard to point to just one, but if I go by the stories I re-read most frequently I can point to HOUN, SCAN, CHAS, ILLU, and the American section of Valley of Fear.  Nick Martorelli enjoys the irony that this is the part that doesn’t have Sherlock in it.  I also like re-reading the first few chapters of STUD because I always get a thrill from the “meeting” scene. 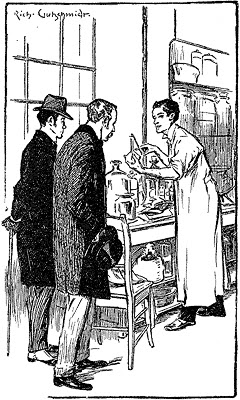 I one of those odd ducks who actually likes capital “C” chronology, so there’s that.  I also like the geography questions; I’m a big fan of Michael Harrison’s works around geography of the Canon.  And the Manuscript Series from BSI Press is a fun read both because we get to see the manuscript; we get a large dose of scholarship focused on one story. 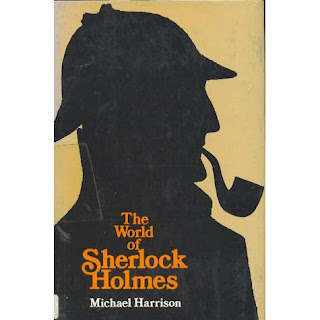 Anyone who knows you knows about Skwirel.  Can you tell everyone else about him?

He was a gift from a woman I dated when I was in graduate school.  I had squirrels nesting in the crawl space above my apartment and she gave me this small, plush squirrel to “protect” me from them.  Skwirel developed as a personality I used as a way to be cute/flirt with her.  His personality branched out a bit when I started doing “Skwirel” for friends’ kids and my nephews.

When I started going to 221B Con, his personality expanded again.  I don’t cosplay, but Skwirel does – he has a bespoke Inverness and deerstalker.  Thanks, Mom!  So now he has a following at Con.   My sister says Skwirel is my whimsy and she is probably right on the money. 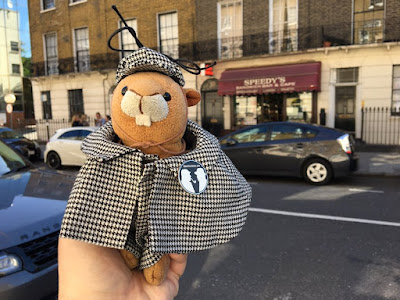 What does your curator role as part of Sherlockian.net entail?

Mostly it means keeping an eye on the content related to the “Celebrate” links to be sure the page is up-to-date.  Recommending new groups or resources for live meetings, if links change or are broken are mostly what I do.  Liza Potts and her team at MSU do the heavy lifting of keeping the site running, mine is more of an advisory role.

I’m going to cheat and recommend one Sherlockian related and one not.  In the Sherlockian sphere I would point at Arthur Conan Doyle: A Life in Letters edited by Jon Lellenberg, Daniel Stashower, and Charles Foley.  I find it interesting because we get a biography of ACD largely in his own words.

I also recommend Winston Churchill’s history of the Second World War, the full version covers six volumes but there is a one-volume abridged version as well.  Churchill was participant, witness, and chronicler of the war and much like A Life in Letters the first-hand/person feel makes the history come alive.

I see it probably ramping up for another “generational” cycle.  We’re about 10 years out from BBC “Sherlock” and looking back it seems that every 20 or so years there is something that brings Sherlock Holmes into the forefront of popular culture.  That will bring an influx of people who either right now are too young to be reading the stories, or perhaps unaware that this larger Sherlockian world exists.  The internet makes it easier, but a Meetup group for Sherlock Holmes was started in New York a few years ago and it took a while for it to cross-pollinate with the existing Scions in the city. 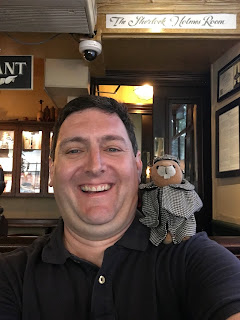