I got to know Al Shaw from various conferences.  Always welcoming and sardonic, he is a great guy to hang around with (as long as you can accept the fact that your hair is never going to look as good as his).  No matter the topic, you can count on Al to have some knowledge of it.  As the head of the Chicago scion, Hugo's Companions, his is a name that is known all throughout the Midwest.

When Peter Eckrich and I started coming up with names of people to participate in The Finest Assorted Collection, we quickly learned about Al and his pipe collection.  And what goes better with Holmes than pipes?  I don't know about anyone else out there, but the thought of taking up pipe smoking has crossed my mind a time or two as I enjoy the Canon.  But for now I will live vicariously through Al.  And we can all see Sherlockiana through his eyes right now with this week's interview! 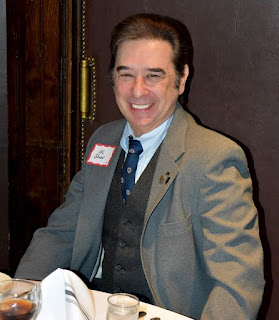 A person who enjoys reading the stories by Sir Arthur Conan Doyle (The Canon), and pursues their interest in that Victorian world according to paradigm that it describes.

In 1971 the Chicago Tribute ran an article stating that Sherlock Holmes' Birthdays was being celebrated by Hugo's Companions and it gave a contact address. (There was no email, kids)

I wrote and received an invitation to that dinner.  I was warmly greeted by the late John Neiminski, and, by the end of the evening, was invited to future meetings. 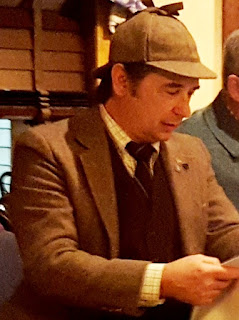 What was your profession before you retired and does that affect how you enjoy being a Sherlockian?

I was an IT manager. Thank goodness it did not affect my enjoyment whatsoever.  ;-) 1895 is quite always from the world of bits, hard drives and bytes. I much prefer the bite of a gigantic hound.

"The Red-Headed League." I have had my own share of three pipe problems. Haven't we all?

Dino Argyropoulos; He is the editor of the Grimpen Mire Gazette and is responsible for it rebirth. He is the Secretary of Hugo's Companion's, one of the two forces behind success as Master Of the Hounds. (The other being Monica Schmidt) Dino has probably won more Holmes quizzes than even local Holmes quizmasters, David Humphries and Phil Cunningham.  He is a retired Librarian that seems to now be a  library of knowledge unto himself.   One might say that he is my brother from another mother. 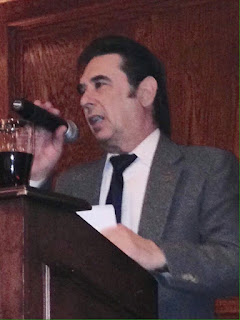 I would say the Solar Pons books. Perhaps because Derleth was a Midwest local who really and truly understood the meaning of 'pastiche.'

How did you become a Sherlockian pipe collector?

The short answer is : When a pipe smoker is a Sherlockian, it is inevitable.

To smoke a pipe while reading the canon, it is quite nearly possible to see the yellow fog swirl past the window pane. The scent of past shag tobaccos linger in the pages. 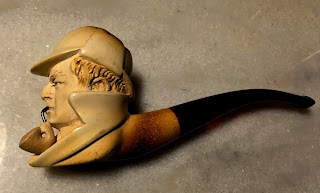 Chicago has a rich Sherlockian history and active community.  What should people from outside of the Windy City know about your Sherlockian world?

First I think there is a misconception about Chicago's Sherlockian scene. There is not one major Scion. There is here, one scion or another so that each may find there preference. There are actually so many that I can only name a few; Hugo's Companions is the oldest and was spawned to feed members to The Hounds Of The Baskerville (sic) . The Hounds BTW, is one of the few and oldest actual chapters of the BSI and not a scion. The Criterion Bar is probably the oldest Chicago stand alone scion,  There also are The Sherlock Holmes and All That Jazz Society, The Watsonians, The Torists, The Bee Speckled Band and the Scotland Yarders to name the first few that pop into my head.

Many people are members of multiple groups some just of one according to that group's particular focus. I would say there is bolt for every nut.

I would say if you have not read it, acquire a copy of Barring Gould's Annotated Sherlock Homes. It was the first real major undertaking that has spawned the others of that ilk. 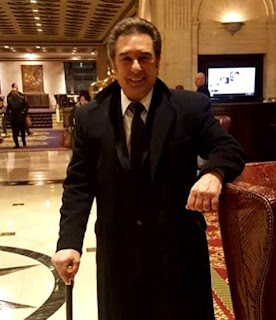 Well THAT my friend is the question, For me the issue is will people still read the Canon?  So let's look at the past to perhaps perceive the future. When what we now call Old Time Radio came upon the scene, people said (I was told by those who were there, I am not THAT old) that is the end of reading. We can can now hear the stories on the radio. That together with films, Ellie Norwood, even Gillette, did give the less inclined to eschew books. But the stories lived, then came TV with Ronald Howard and even god help us, Cumberbatch. Yet books of the Canon still persist.  Today there is the Internet and Zoom.

So let me close with this paraphrase;

... still the game's afoot for those with ears

Attuned to catch the distant view-halloo:

... A yellow fog swirls past the window-pane

As night descends upon this fabled street:

A lonely hansom splashes through the rain,

Here, though the world explode, these two survive,

And it is always eighteen ninety-five.