If you've read a Sherlockian pastiche in the past 15 years, chances are Steve Emecz had something to do with it.  Steve's MX Publishing was my first publisher when I had an idea to turn Sherlock Holmes into a criminal mastermind back in 2017 and I remember just how nice of a guy Steve was on our calls in the led up to it.  In fact, Steve is the whole reason I have this blog today!  So when Steve asked me to be interviewed for the MX Audio app I was happy to help.  And it dawned on me that Steve Emecz, someone who should've been one of my first interviews had never been invited!  Mea culpa.  Better late than never, I guess.

In preparing for my interview with Steve and his interview here, I delved back into the MX site.  Holy cow, are there a ton of books there!  And even though MX is known for their pastiches, there are some really great selections of scholarship, biography, and media studies as well.  I've always known that MX Publishing is tied to philanthropy, but wasn't aware of just how much of their business gives to worthy causes.  So I sure didn't feel bad adding a few more MX titles to my bookshelves this week.  And I think after this week's interview with Steve Emecz, you may just want to add a few more of their books to your collection as well to support a good guy and the good he does in the world. 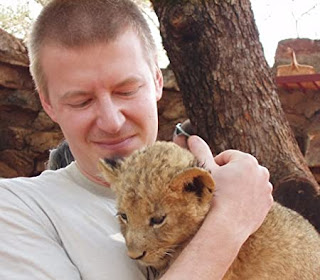 In 2008 we were approached by Alistair Duncan with a book called Eliminate The Impossible. It's a review of the stories and actors that had played the main characters to that point in time (before RDJ and Cumberbatch) and we began publishing Holmes non-fiction and then once the big new adaptations came out we started publishing fiction too and it's grown from there.

My day job is in technology so completely removed from Holmes. I've been lucky to have travelled extensively with my career in the last 30 years and publishing is the ideal own business to pursue alongside a day job as it is all done in the evenings and weekends.

It's The Hound simply because I have been involved in many adaptations of it and seen it on screen and stage. MX has lots of books on The Hound from a graphic novel and stage plays through to biographies (The Hound of The Baskervilles). In a recent interview with Scott Monty and Burt Wolder of I Hear of Sherlock Everywhere for our app, Scott talked about how Conan Doyle wrote the moor as a character and I think he's onto something there. 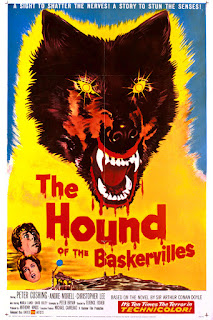 There are so many to choose from - Lee Child is my favourite writer personally and he was at Granada studios at the same time as Jeremy Brett so he tops my list of non-Sherlock writers. David Marcum as the most prolific editor and writer of Holmes pastiches and finally Otto Penzler as a collector, publisher and owner of the Mysterious Bookshop.

I like other adaptations that are based on Holmes - my favourite being House with Hugh Laurie and of course Reacher - though he doesn't have a Watson so I think House just about edges it for me in terms of Sherlockian influence.

The MX catalog is gigantic!  What are one or two highlights from your time in putting out so many books?

The MX Book of New Sherlock Holmes Stories is an amazing collection which is up to thirty volumes now with more to come. Over 800 stories and 200 authors and lots of big names taking part.

I also love the novels and our partnership with Mondadori the big Italian publisher who have translated over fifty now - from those probably The Vatican Cameos is the highlight as it has won several awards and has an endorsement from Lee Child.

The Art of Sherlock Holmes has been an amazing project with 56 pieces of art created from our stories - building the Virtual Gallery was a lot of fun. Created and curated by one of our novelists Phil Growick, I was lucky enough to be at the gallery launch of book one in the USA and we're working on some more fun things for that. My personal favourite from the collection is Christina Major's piece featuring Irene Adler. MX is also known for its philanthropic endeavors.  How did they come about?

There are four main programmes we work with. The MX Book of New Sherlock Holmes Stories supports Undershaw school for children with learning disabilities. We got involved when the original building was going to be destroyed and we supported the team looking to save the building (working with Stephen Fry, Mark Gatiss and others). I then became a patron of the school and we've raised over $95k for the school now.

The second is Happy Life Mission which my wife brought me into when she took a career break to volunteer in Kenya. We've spent eight Christmases there with the kids and people can read up about this years' trip on our blog. It's a baby rescue centre that has saved the lives of over 800 abandoned babies in Nairobi.

The third is the UN WFP (World Food Programme) for whom I am an advisor and technology mentor. The team won the Nobel peace prize in 2020 which was an amazing experience to be a small part of.

The fourth is iHeart who work with teenage mental health - it started in the UK but spreading worldwide now. We have more on our About Us section on our website.

If you're looking for short stories very similar to Sir Arthur Conan Doyle I would start with Volume 1 of the MX Book of New Sherlock Holmes Stories - with the knowledge that if you like them there are more than 800 more to come.

If you are a Jeremy Brett fan then the biography, Jeremy Brett Playing a Part which won the Sherlock Holmes Book of The Year 2021.

Three trends I think. I'm sure the expansion of characters to the canon that weren't supported at the time will continue and expand a lot. From strong female characters (Enola Holmes) to LGBTQ+ and BAME (Black, Asian, and Minority Ethnic) characters etc.

I expect Sherlockiana will enter the Metaverse very soon and it will be interesting to see how that plays out.

We expect many more readers to switch over to audio - it's our fastest growing format. So much so that we created an app 'The MX Audio Collection' for fans which enables us to load stories, but also interviews with Sherlockians and other content.