A Safe Space in Sherlockiana

A quick follow up from last week: I promised a link to the recap from St. Louis' Noble Bachelors meeting where the St. Louis Sherlockian Research Collection was debuted.  You can find a report with lots of pictures HERE.

A few days ago, I read the School Library Journal article on sexual harassment in children's publishing, and more specifically, the comments section following it where women in the children's publishing industry told tales and named names of sexual harassment they've endured from well-known names in that industry.  As a fifth grade teacher, seeing some of those names really bothered me.  This affects books that I put in the hands of my students and will result in changes to how I choose books to place in my classroom library in the future.


So, what does all of this have to do with a blog about Sherlockians, you ask?  Well, there are two areas in my life that I am deeply interested in: teaching and Sherlockiana.  As I was reading the SLJ article and comments, I was struck with the fact that if an industry that one could expect to be wholesome, such as children's publishing, can be affected by this, can my other interest?

That thought really made me stop and think.  I'm a middle-aged white guy, so I can be very oblivious to issues concerning other groups until it's pointed out to me.  But this thought really worried me.  Now, let me make myself clear, I am NOT saying that Sherlockiana has a history of sexual harassment, and I am not aware of any such allegations.  But what concerns me is, have we made our hobby an inviting one and a safe space for people who aren't white dudes?

I think the male/female dynamic in our hobby is a fairly stable one, but the generational differences worry me.


One of the most prominent flare ups was in 2012 between longtime Sherlockian Phillip Shreffler and The Baker Street Babes.  Other instances, such as disagreements over gender identification, "fan" vs. "devotee" debates, and how meetings and events should be run continue to happen when two generations exist in the same space.

But as I write this, I'm still very hopeful.  The Baker Street Irregulars weekend and 221B Con are two WILDLY different events, but they both stem from the same root: Sherlock Holmes.  And if you want to break Sherlockians into camps of "old" and "new", there are "new" Sherlockians represented at the BSI weekend, and "old" Sherlockians represented at 221B Con.  Many Cumberbatch fans have embraced Brett's interpretation of Holmes while traditionalists are happy to listen to a anime fan discuss the parallels to the Canon. 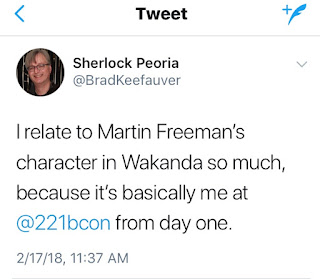 I am by no means an expert on this, just an observer.  I don't expect the old guard who still subscribe to every paper journal to sign up for Tumblr anytime soon, but places like The Stranger's Room on Facebook creates a nice middle ground.

Last week, I posted about my excitement about Sherlockiana in St. Louis and the upcoming Holmes in the Heartland weekend we have planned for August.  It was a conscious effort on our part to make it welcoming to Sherlockians of all generations.  At one planning meeting, we discussed finding a middle road between the BSI Weekend and 221B Con.  I think this middle ground is the future of Sherlockiana.

Holmes famously said of Moriarty, "He sits motionless, like a spider in the center of its web, but that web has a thousand radiations, and he knows well every quiver of each of them."  Why not create our own center of a Sherlockian web, where we can know every quiver of interests out there and investigate the ones that interest us?  Chronologists and cosplayers can coexist in our safe middle ground without judgement.  Elementary fans and Robert Downey Jr. devotees can discuss their favorite canonical tales.  People with grey hair can enjoy a drink with people with purple hair. 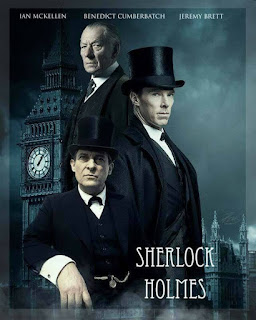 Why the hell not?  We're all here because of Sherlock Holmes, and we should welcome everyone into a safe space where no judgments are passed. 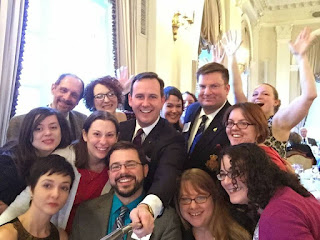 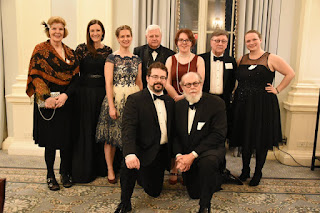 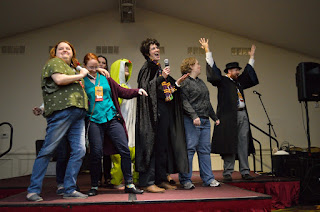 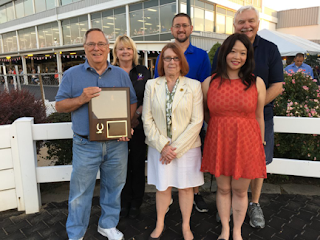 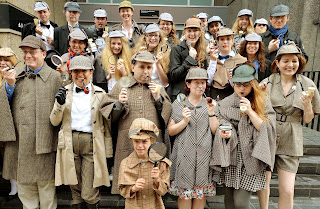