I Have Heard Some Really Extraordinary Stories

Last week's post stirred up some discussion.  I had my own hypocrisy pointed out in the comments section, gatekeeping was discussed on Facebook, and issues were raised on Twitter.  I think having open discussions about our differences is healthy and helps us grow, so the natural progression would be to double down on last week's topic.  But I think I'm going to take a left turn here. 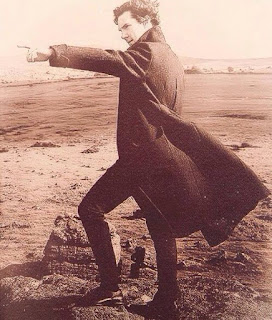 A lot of comments I saw in different spots had to do with the differences in Sherlockians.  And my guiding principal is that all of our interests stem from the Canon.  (If you're not interested in Doyle's original stories and only want to talk about later interpretations of those characters, then I believe we have different interests.)  And because of that, and we are already two months into 2018, let's revisit how we are doing in The Irregular Canonical Book Club.

One of my goals for 2018 is to read a short story each week, and I'm proud to say that I've stayed on pace so far!  Already, I've read: 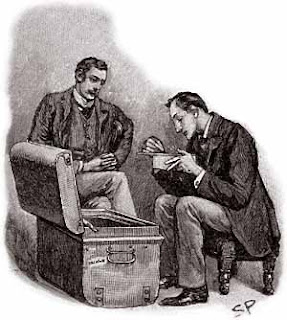 I've mapped out the stories so that the two scions I belong to won't overlap with my Irregular Canonical Book Club reading.  In an interesting turn of events, I've found myself starting from about the middle of the Canon - not a typical starting point.

And you know what?  It's nice.

When I came up with this plan, I figured January would have me reading about Irene Adler, redheads, short sighted women and Australian criminals, while February would take me to stories about the KKK, beggars, geese and snakes.  That's what you expect when you start to read the Canon. 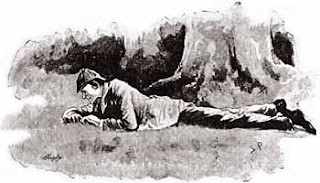 Instead, I was reliving academic scandals, mysterious employers and Holmes' origins as 2018 started.  These stories aren't the top stars of the Canon, but are still really good stories.  So are the big hits so popular in some part due to the fact that they are up front  in the Canon?

Don't get me wrong, SCAN, SPEC, REDH and BLUE are fantastic stories and I love reading them and teaching them to my students, but do they get a little extra boost because they are right up front in the list of stories?

If Helen Stoner's plight were part of The Case-Book, would it still be held up as one of the best stories in the Canon, or simply just another good Sherlock Holmes tale?  If Baron Gruner's crimes were part of The Adventures, would he eclipse Moriarty in popularity? 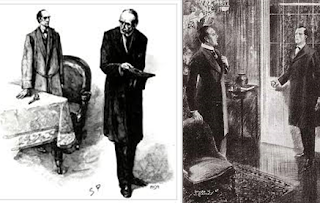 I can't answer those questions, but I can say that I'm looking forward to 44 more weeks of Sherlock Holmes stories in an order that gets me thinking about them in a new light!

How about you?  Those of you out there who are rereading the Canon in 2018, how is your year going so far? 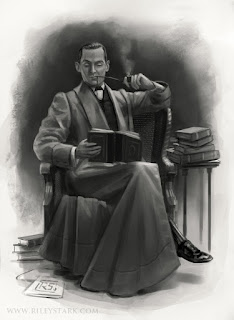