The beginning of May is one of the busiest times for any educator.  So I want to take a moment to especially thank this month's interviewee, Dr. Carline de la Cova, for taking time to answer my questions.  Carlina is such an interesting and pleasant Sherlockian, that I just couldn't wait for more people to hear from her!  She is an associate professor of anthropology and Undergraduate Director at the University of South Carolina, where she also teaches a course on the forensics of Sherlock Holmes.  Carlina contributed to "About Sixty" and "About Being a Sherlockian" and spoke at last year's Nerve and Knowledge II symposium in Indiana.

And that's just Carlina's resume as a Sherlockian on paper!  I got to meet her in Indiana last year and was enamored by how gregarious and intelligent she was.  She was in high demand at the after party following her talk, and once you've met Carlina, it's easy to see why.  Carlina is active on Twitter and she is one of the friendliest Sherlockians on there.  And that's saying something!  Carlina is a true hidden gem of Sherlockiana, and hopefully some of you will get to know her a little better after this interview... 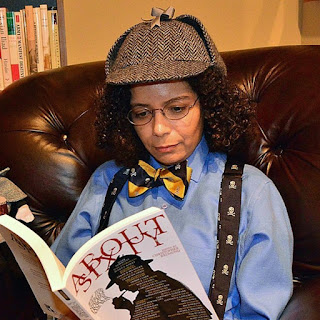 There’s been much debate about the word “Sherlockian”. Traditionally, it has been linked to individuals that actively engage in research or produce scholarship about the Canon. However, as times have changed and new interpretations of Sherlock Holmes have emerged, this term has become more inclusive to those that not only research the Canon, but enjoy all adaptations and stories tied to Sherlock Holmes.

I call myself a Sherlockian as I not only enjoy the different mediums Sherlock Holmes has been translated and re-created in (television, film, radio, comic books, pastiches), but I also actively engage in Sherlockian research. However, I do not believe the term “Sherlockian” should be a term of exclusion. Long story short, I have my own personal definition of the term, but I am pretty flexible about how others use the term. At the end of the day, all Sherlockians love Sherlock Holmes.

Like many, I met Sherlock Holmes in grade school. I began seriously reading the stories in high school. I was fortunate that my introduction to Sherlock Holmes coincided with the then ongoing Granada series. However, as I indicated in Chris Redmond’s About Being a Sherlockian, Holmes’ keen observational skills, his belief system, and his definition of justice inspired me to become a Sherlockian. A day does not pass that I do not use Holmes’ methods in my work. The forensic anthropologist must have keen observational skills to identify a skeletonized decedent. Furthermore, they must be ever conscious of justice. Our work provides justice for the voiceless and allows us to unsilence those that have been intentionally, or historically, silenced. 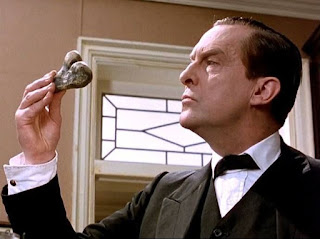 My absolute favorite Sherlock Holmes story is the Hound of the Baskervilles, followed by the Sussex Vampire. HOUN is so rich in culture, early anthropological and forensic thought, and archaeology. Every time I read it, I always find something new. From Mortimer’s famous words, “I covet your skull,” to the rich archaeological landscapes of the tors on Dartmoor. HOUN even plays on traditional folklore, with the black dog embodying the hellhound that leaves death in its path. Furthermore, the story is rich with references to heritable criminality and criminal anthropology. 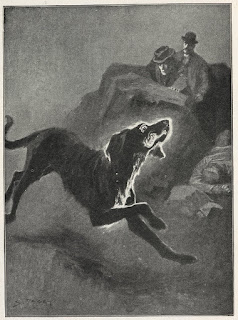 All things! Seriously! I love podcasts, blogs, comics, literary criticism, historical deconstruction, and collecting. Anything that is Sherlock Holmes interests me! If I had to pick one though, it would be literary criticism and Sherlockian scholarship. I’m also quite keen on works that tie Sherlock Holmes to the historical period, events, and peoples that he was contemporary with. 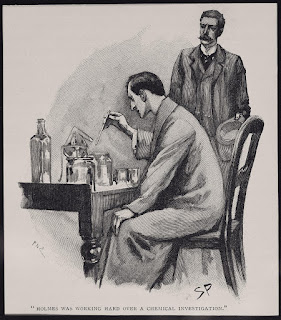 Are you currently working on any Sherlockian projects?

I am currently balancing Sherlockian projects with my academic publications. At the moment I am working on translating my Nerve and Knowledge II presentation on anthropology into an article for the Baker Street Journal. I also hope to write a book in the future that will serve as a companion to my Sherlock Holmes class that I teach at the University of South Carolina. 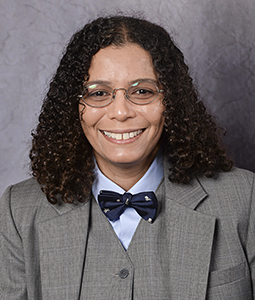 Sherlock Holmes has walked amongst us for over 160 years. I do not see that changing anytime soon. He has had and will continue to have numerous resurgences in popularity. I think even after we have burnt out our mortal coils Sherlock Holmes will still remain, inspiring future generations. Due to this, I believe Sherlockiana will continue to thrive in the next five to ten years. Oh wouldn’t it be neat if it moved into the virtual world, like virtual reality? I could wrap my head around that….a VR landscape of the Hound of the Baskervilles! 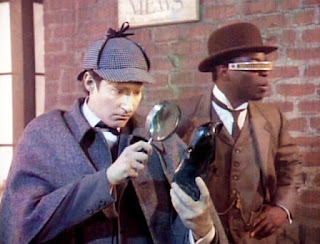