Outside of a Show I Have Never Seen

Out of the blue last week, I received an email from a prominent Sherlockian complimenting me on this blog.  I was flying pretty high on that for a few days!

He asked me about one of my first posts where I proposed a Sherlockian reality show, The Mad, Mad, Mad, Mad Game is Afoot.  Nothing more ever came from that post, but it was fun to speculate. 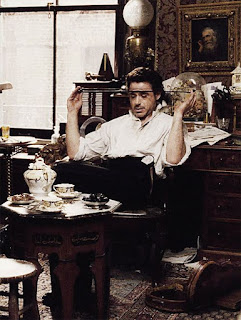 In fact, I find myself coming up with Sherlockian TV shows more often than I think the average person would.  Besides the reality show mentioned above, I also developed an animated Adventures of Sherlock Holmes on Nickelodeon one day while I was mowing the lawn.  Half of the episodes would be adapted from canonical stories, and half would be new stories.

(I do a lot of book to TV adaptations in my head while I'm mowing.  And I don't even watch TV that much.  Unless there's a baseball game on or my wife and I are watching Parks and Rec reruns, I rarely even have the TV on.  I'm weird.)

But this email prompted me to think up a new Sherlockian TV show.  If you've ever walked by a TV when ESPN was on, you've probably seen something that looked like this: 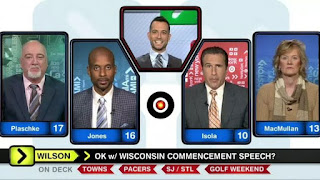 One of ESPN's most famous shows is Around the Horn, a daily show where four panelists debate the day's sports news and are awarded points based on their insights.  Points are awarded and taken away at the host's discretion.  The winner of the show gets to have 30 seconds of Face Time, where they can talk freely about any topic they choose.

And, this show is all done in good fun.  There are obviously disagreements, but everyone is knows the rules and the debates are typically friendly.

See where I'm going with this? 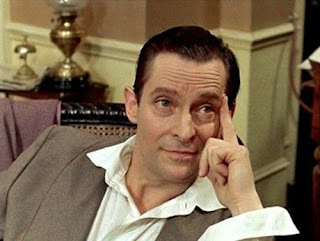 We need a Sherlockian Around the Horn! 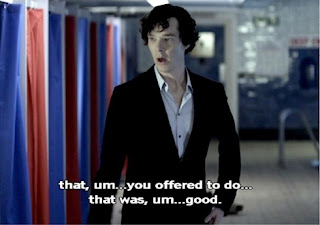 Think about all of the different types of Sherlockians out there.  There are thousands of possible panelists: 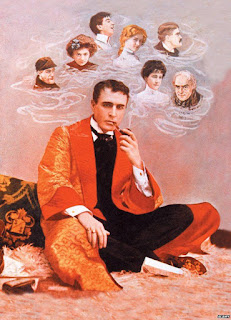 People have been thinking and writing about Sherlock Holmes for over a hundred years.  I'm sure a Sherlockian Around the Horn could come up with lots of topics for debate.

Can you tell I was mowing the lawn today?