July's Interesting Interview is with Ray Betzner, BSI.  I got to meet Ray this year at the Holmes, Doyle and Friends conference and wrote about what a great guy he is in that post, so I won't overflow too much with compliments here.  I will say that he is a very knowledgeable, witty and friendly guy and definitely someone we should all be lucky enough to spend time with.

(Side note, as I am typing this intro, Ray has been commenting on my vacation photos on Facebook.  So, he's not just a friendly guy when it comes to Sherlockiana!)

Ray runs the great blog, Studies in Starrett, which, for any Sherlockian interested in the founding fathers of our hobby, is a must read.  In perfect timing, I invited Ray to do this interview on the same week that his blog is going on a summer hiatus, so make sure to go back and read some of his earlier work while waiting for his return in the fall! I once knew how to define a Sherlockian, but the field has become so diverse in recent years that it’s not easy. It’s certainly an expanded universe today, and that is for the best.

I first read parts of the Canon as a child. When I was 16 and could drive, one of the first places I went was the local library, which had two Holmes books: THE COMPLETE SHERLOCK HOLMES with the Christopher Morley introduction, and THE PRIVATE LIFE OF SHERLOCK HOLMES by Vincent Starrett. Reading the entire Canon was a revelation: so many mysteries to be solved.

Starrett’s book talked about Holmes as if he was a living human being. He also recorded the activities of a group of Holmes addicts known as the Baker Street Irregulars. For a kid from working class roots, the group seemed like fantastic characters who lived in a mythical world mere mortals could not enter.

I kept up my interest through college and found great mentors: Andrew Fusco, John Bennett Shaw, Ely Liebow, Chuck and Peggy Henry among many others. Meeting others who shared my passion was (and remains) a great pleasure.

Fifteen years after reading Starrett’s book for the first time, I was invested as a member of the Baker Street Irregulars. Rather than be the end of a journey, it was really just the start of a new chapter and I’ve been engaged with what I think of as “the Sherlockian movement” ever since. 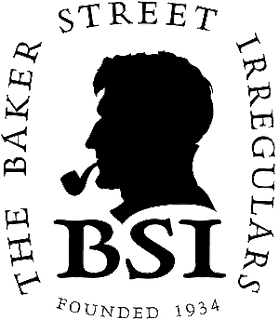 That’s a tough one, and the answer has changed over the decades.  “The Speckled Band” and “The Red-Headed League” were favorites for years.

But as time has gone on, I’ve found my tastes changing. For example, I was never a big fan of “The Adventure of the Dancing Men,” but after spending months editing DANCING TO DEATH, one of the BSI manuscript books, I have become a convert. The story is far more complex than it appears at first and I’ve become intrigued with trying to explain why Holmes failed to prevent his client’s death. 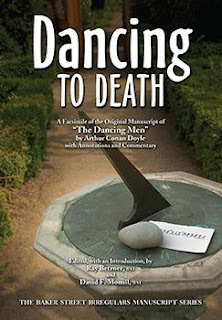 I owe Vincent Starrett a huge debt for introducing me to the BSI through THE PRIVATE LIFE OF SHERLOCK HOLMES. So I took an interest in his other Sherlockian writings, and then his other work, which is considerable and highly varied. Four years ago I started a blog, STUDIES IN STARRETT (www.vincentstarrett.com), and a companion Facebook page. Introducing new folks to the broad range of his work has been a delight. I’ve gotten tremendous positive feedback over the years.

When you think about it, we’ve paid back Morley and Starrett in the best possible way. Holmes was just a small bit of both men’s literary output, but for the most part, it is the Sherlockians who have kept their reputations alive. 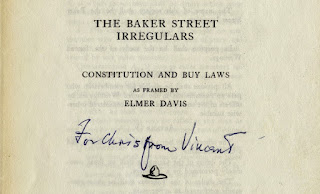 I largely do research to support my writing and I’ve written everything but pastiches over the decades. I wrote mock radio play parodies about Holmes for several years as entertainment for The Cremona Fiddlers of Williamsburg, a scion I helped start back in the 1980s. Only one of the parodies holds up today, and I would love to see it revived.

I’ve done a handful of traditional trifling monographs, and one well-received talk about how Dr. Watson coped with the deaths of Holmes and Mary. I still think there is much more to be written about Mary and her impact on Holmes and Watson. She has been ignored too long.

It’s probably no surprise that Starrettian studies are my favorite. Editing a new edition of THE PRIVATE LIFE OF SHERLOCK HOLMES for Wessex Press was a true labor of love. And the blog is fun because I get to show off my book collection while bringing Starrett’s work to life. 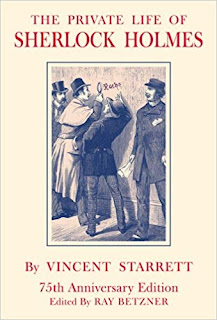 What are some of the most interesting things you've come across in your time doing Studies in Starrett?

The most unexpected event came when I found a copy of Starrett’s first book of poetry in Vancouver, with an inscription from Starrett to his mother. I was thrilled to have the book, but the story of how it came to be in Canada was bittersweet. Turns out Starrett’s mother committed suicide by jumping from a ferry boat while in Vancouver with a Christian group preaching to the native peoples. She must have taken the book from Chicago to Vancouver on her last trip. The whole story is here: http://www.vincentstarrett.com/blog/2014/7/24/dear-mother-

I have also been lucky enough to purchase a manuscript that includes a copy of Starrett’s immortal poem “221B,” straight out of Starrett’s typewriter Holding that page still makes my hands shake. http://www.vincentstarrett.com/blog/2018/2/24/autolycus-in-limbo-the-manuscript

Along the way, I’ve also become friends with Starrett’s distant relatives and some have been very kind to share their photos and other family treasures. So I’ve been able to trace his work as a war correspondent in Mexico, his adventures in London as a teen and the trip he and his second wife, Rachel (Ray) took around the world. Those photos are at the Facebook page and a few are here:
http://www.vincentstarrett.com/blog/2018/5/29/vincent-starrett-in-the-forbidden-city-part-1

The amazing part to me is that there is so much about Starrett, his life, his family and his work that I have yet to dig into. 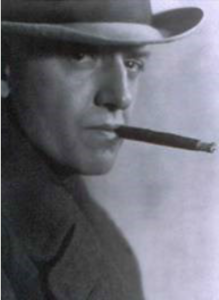 How different do you think the world of Sherlockiana would be if Vincent Starrett hadn't contributed to our hobby?  Would there even be a Sherlockian hobby today?

What a great question. That’s one I’ve discussed with others over the years, including Baker Street Journal editor Steven Rothman, the foremost authority on Christopher Morley.  Morley would have certainly started the Baker Street Irregulars without Starrett. That’s certain. But it took Edgar W. Smith to pick up the group and keep it going when Morley wanted to kill it.

Now here’s where Starrett comes in: Smith found Morley by writing to Starrett after reading THE PRIVATE LIFE OF SHERLOCK HOLMES. It’s possible Smith would have met Morley otherwise (they were both in New York), but the fact is that Starrett’s book and his bonhomie helped build the foundation of Sherlock Holmes idolatry that continues through today.

Starrett played a vital role in bringing people together to share their fascination for Holmes. That can’t be disputed.

I read a lot of the Higher Criticism. In fact, I have been going back and re-reading a lot of the criticism that I first found as a teen and in my early 20s, now more than 40 years ago. Having the perspective of time and additional experience brings a new richness to older essays.

I’ve heard the view that more contemporary criticism can’t stack up against that of the Golden Age. What unmitigated bleat! There is a great deal of valuable commentary being written today, which pairs nicely with the best work of Golden Age commentators. I have been especially encouraged by the work from younger folks (which means anyone who has not reached my three score plus) who bring new perspectives to the Sherlock Holmes movement.

The Baker Street Journal continues to be a foundational work. I’ve been a subscriber since my undergraduate years and cannot imagine anyone who takes their Holmes-work seriously—or as seriously as this silliness deserves—without being a subscriber.

If I can continue to do a little log rolling, the books of the Baker Street Irregulars regularly meet the mark, as do those published by Wessex Press. (Full disclosure: I’ve edited a volume for both of those worthy organizations and have enjoyed friendships with the people who dedicate many hours to this labor of love.)

I read very few pastiches and almost no parodies. I’m quite content with 60 stories and besides, it leaves me more shelf space for Starrettian work! 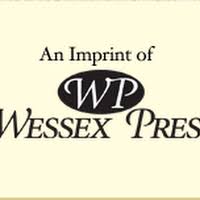 When you spend a lot of time in the past as I do, you realize predicting the future is especially chancy. What I can say for sure is that the Sherlock Holmes movement is quite elastic and capable of taking in folks with divergent views. We’ve seen this recently with the fuss over those who came to Holmes through BBC Sherlock or other modern adaptations. Those who lacked the good manners to criticize new fans without taking the time to know them have missed out on a lot of good fun. Their loss.

And that is the bottom line for me: Sherlocking is supposed to be fun. It is not a religion with litmus tests or a totalitarian state where strict rules must at all times be obeyed.  It is also not a caste system with elites snooting at those with different views. Holmes himself succeeded by throwing out the rules followed by detectives of his time. He was a disruptor who delighted in tweaking those who thoughtlessly followed the old worn paths.

The Sherlockian world will change, as it must!  Forcing time to stand still produces hardening of the arteries and certain death. The 60 original stories will always be here, regardless of contemporary interpretations. So long as the playfulness remains and the joy in celebrating our joint passion is alive, I feel confident that Sherlockian affection will continue for another 80 years at least. 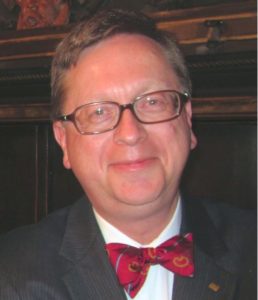