It is More Useful to Reason Forwards

So, I found myself thinking about Hitler recently. 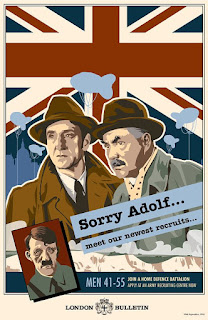 Whoa.  Let's back up, and see how this is a Sherlockian topic.

From Gillette to Brett V took place last weekend in Bloomington, Indiana, and from all accounts it was a great event!  I wasn't able to make it (Apparently, I'm expected to be at my daughter's birthday party.  My whining "But it's a Sherlockian conference!" had little to no effect.), but I followed along vicariously through Twitter, Facebook posts, and I Hear of Sherlock's live video Friday night.

One of the items on the weekend's roster was a showing of Der Hund Von Baskerville, the 1929 German film of Holmes' famous case, The Hound of the Baskervilles.  This was one of the films that were found in Adolf Hitler's bunker after WWII. 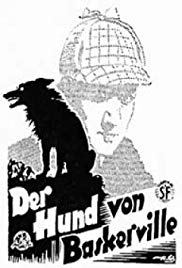 I also happened to be reading an old edition of The Baker Street Journal this week, when the same film was mentioned.  This issue was from 1948, and WWII was still fresh in everyone's mind.  It was mentioned that Hitler's copy of this film was part of an exhibition including other items from his bunker.

Okay, two Sherlockian connections to Hitler in one week.  Let's call that a coincidence.

But then the third happened.

I also read Vincent Starrett's Books Alive this week, written in 1940.  And he has a passing mention about Hitler, hoping to see him locked up in a prison soon.  Starrett never got his wish, but Hitler wasn't an issue for the world anymore after 1945. 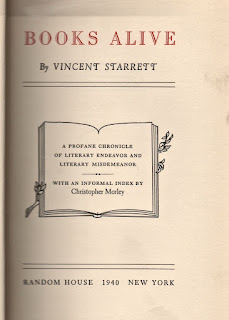 I always close my Interesting Interview posts with the question "Where do you see Sherlockiana in 5 or 10 years from now?" Do you think there is any way that if someone had asked Vincent Starrett in 1940 what he expected to see in the world surrounding the Sherlock Holmes stories in 5 to 10 years, he would have guessed that The Hound of the Baskervilles film would've been found in Hitler's bunker after he had committed suicide?  That's a pretty specific prediction.

So, where will WE see our hobby in 5 to 10 years?  I love the variety of answers I've gotten from the interviews so far this year.  Beth Gallego, Brad Keefauver, Carlina De La Cova, Vicki Delaney, Ray Betzner, Ashley Polasek and Vincent Wright have all given their takes on this question.  I love that their answers are so diverse yet positive about our hobby.  Sherlockiana isn't going anywhere anytime soon, even if it did have a slight brush with Hitler.

So where do YOU see Sherlockiana in 5 to 10 years?  Leave a comment below and let's get those creative juices flowing!