It's a new month, so it's time for the next Interesting Interview!  This month, I was lucky enough to Vincent Wright, one of the preeminent Sherlockian chronologists of our time.  Vincent not only spends his time unraveling Watson's dates and mysteries, but pops up at many a Sherlockian conference to give talks, blogs about his research, and has been interviewed on one or two podcasts. 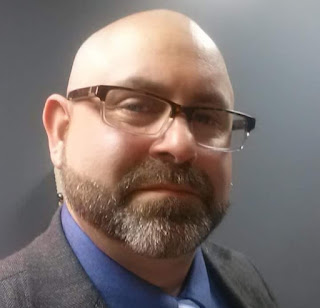 How do you define the word “Sherlockian”?
Anyone who enjoys any aspect of Sherlock Holmes. It all keeps the memory green.

How did you become a Sherlockian?
"Officially" once I moved to Indianapolis. I joined up with the local society, The Illustrious Clients of Indianapolis, in 1997. I was a "social Sherlockian" for a long time after that, but then I really got into it and started going in deeper in all things Canonical. I had owned copies of William S. Baring-Gould's The Annotated Sherlock Holmes for many years, but wasn't really aware of how widespread the Sherlockian world was until I moved to Indy. 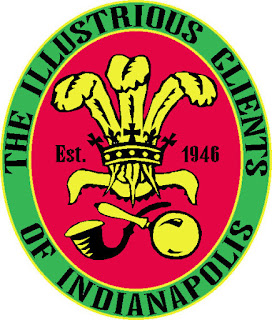 What is your favorite canonical story?
I would have to say 'The Red-Headed League.' A very close second has to be 'The Resident Patient.'

Who is a specific Sherlockian that you think others would find interesting?
Oh, my. There are so many incredible people in this hobby. Everybody brings something to the proverbial table, but I would have to say that everyone should keep an eye on Susan Bailey. She is an amazing Sherlockian who is just getting started on the speaking circuit, and her research abilities are incredible. I see wondrous things coming from her in the near future.

What subset of Sherlockiana really interests you?
The chronological aspect. I was hooked into it early on in my Sherlockian "career" and it has never waned. An adjunct of that would be studying Victorian London. I love finding out anything I can about it. 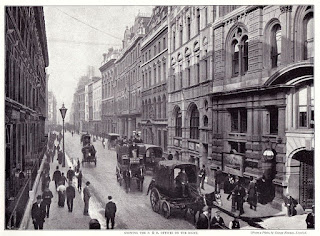 What things do you like to research related to Sherlock Holmes?
I have a Facebook page and blog called Historical Sherlock. On those sites I do my best to tie Holmes, Watson, and other Canonical characters into their surroundings. Into Victorian London/England. I am constantly looking for "evidence" that those people were real by finding a way to plant their feet in an actual place or situation. I say it's "playing The Game in a most unusual way." You name a subject and I've probably looked into it and/or have a file about it and have tried to figure out how it relates to The Canon and its characters.

How did you become so interested in chronology?
I was fascinated by Baring-Gould's chronology in The Annotated, but even more intrigued when I bought a second chronology book and some of the dates were different! I looked into it more and more and started to find that there was this never ending debate about dates for the cases. I loved reading the different chronologist's reasons and logic for their dates. It's a big puzzle that still rages among we current chronologists, and one that isn't likely to end soon. I'm working on something that may end the problems once and for all, but I can't reveal what that is yet. 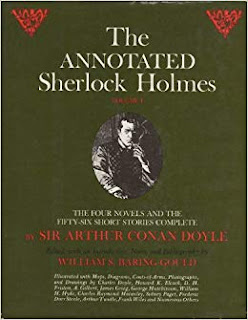 Other than your own chronological studies, is there one chronology that really stands out to you for a particular reason?
I really like Brad Keefauver's 'A Basic Timeline of Terra 221b' on his Sherlock Peoria site. He has a way of looking at things waaaaay outside of the box, and I love what he comes up with. (Not that I agree with all of his dates, though.) I am still a fan of Baring-Gould's, and I also like Martin Dakin's and Jay Finley Christ's. 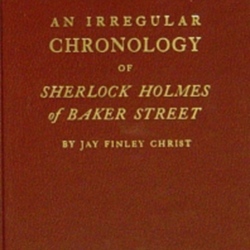 What book would you recommend to other Sherlockians?
I know I have (or will have) mentioned it several times, but I love giving people copies of Baring-Gould's The Annotated Sherlock Holmes. There just so much to find in those two volumes, and it's a perfect way to get a deep understanding of some of the less-well-known parts of The Canon. I would also say everyone needs a copy of The New Good Old Index by William D. Goodrich.


I don't anticipate a lot of changes coming. The hobby is very strong right now, and lots of good work is being done, along with some fresh blood coming in and shaking things up.  I think we'll still be chugging along the same way in the next decade without abatement. There is always something to explore (or re-explore), or discover, or create - and we will always do just those things. It's a comfortable constant.