Shall We Argue About It Here in Public?

I read Michael Dirda's fantastic book, "On Conan Doyle: Or, The Whole Art of Storytelling" this week and enjoyed almost every single page.  I'm not a Doylean, per se.  In fact, I found "Memories and Adventures" pretty boring.  But Dirda's book is a slim volume that spends a lot of time on Sherlock Holmes and Sherlockiana; so I thought it was great! 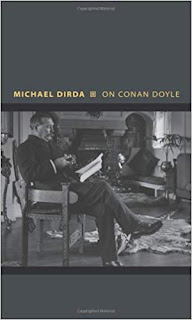 Except for one part.

Doyle famously had mixed feelings about Sherlock Holmes.  To me, it's always been like listening to a musician talk about their new work or a passion project.  That's nice, but they know what people want to hear when it's concert time.  Play the hits.

Dirda quotes Doyle from a 1910 interview in Tit-Bits:

"Now nobody can possibly be the better - in the high sense in which I mean it - for reading Sherlock Holmes, although he may have passed a pleasant hour in doing so.  It was not to my mind high work, and no detective work can ever be, apart from the fact that all work dealing with criminal matters is a cheap way of rousing the interest of the reader." 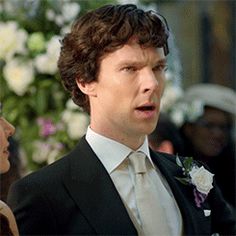 Look here, pal.  Before we start throwing shade on people's interests and how we better ourselves, let's set the playing field.  This is a dude who got owned by some school girls because he believed in fairies.  And I'm far from an authority on what people should or shouldn't do with their lives.  That being said, I think it's safe to say that neither of us can claim the moral high ground here. 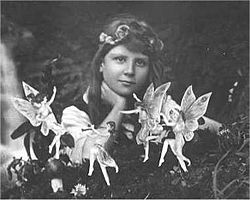 Now, let's start at the end of this nonsensical statement.  "[A] cheap way of rousing the interest of the reader."  How much were you getting paid for those last Sherlock Holmes stories?  By my accounting, too much.  Nobody is putting "The Veiled Lodger" or "The Mazarin Stone" in their top three.  So although the amount of effort you put into these stories may be "cheap," they sure weren't cheap to your publishers.

"It was not to my mind high work."  Sir Arthur, I've read some of your "high work."  Let's just say the less said about "The History of Spiritualism," the better.

But here's what gets my goat:  "Now nobody can possibly be the better... for reading Sherlock Holmes."

I am far from a long-time Sherlockian, but I have met some damn fine people who have spent years, decades even, loving these stories.  And they are better people than I.  So, don't you DARE pass judgement on the types of folks who enjoy a good detective yarn and mine those stories for inconsistencies, conspiracies, speculations, and whatever else interests them.  Sherlockians are some great folks, and to dismiss their interests just because it doesn't coincide with yours is nonsense.

I would invite Sir Arthur Conan Doyle to drift on back in his ghost form to any scion meeting and pay attention to the intelligence and friendship that would be on display.  They'd probably even listen to you go on about how Brigadier Gerard was a fascinating character and the physics of ectoplasm just to humor you.  Because Sherlockians are good people.  And I am a better person for knowing them.  And I know them because I read Sherlock Holmes.  Ergo, I am better for reading Sherlock Holmes.

So, put that in your pipe and smoke it. 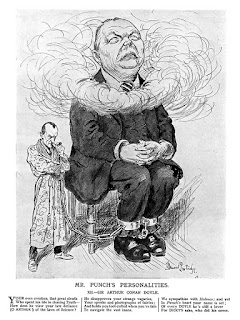 P.S.  This is all just a silly rambling.  Except for where I talked about how great Sherlockians are.  That's the truth.
Posted by Rob Nunn at 6:41 PM