Here He Is, Sending Out Messages (REDC)

I still remember the sound of that America Online modem screeching, followed by the "You've Got Mail!" announcement when I was 12.  The internet and email had come into my life.

These were pretty formative years: discussion boards, websites, chat rooms.  But looking back, the biggest impact of that service was email.  I could communicate quickly with anyone.  No more waiting weeks for a pen pal to write back.  Yeah, this email thing would catch on, I was sure of it. 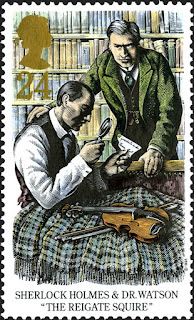 In the days before email, the predominant form of communication between Sherlockians (so I'm told) was letter writing.  In fact, one of my favorite Sherlockian books is "'Dear Starrett-' 'Dear Briggs-'" a collection of correspondence between two influential members of our hobby.  Reading that book is like getting to sit at a table and listen to two men who know their stuff and are curious about the other's opinion have a legendary conversation. 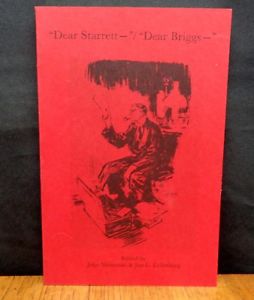 Now, in no way do I consider myself to be anywhere near these men's caliber.  But last week, I found myself enjoying the modern day equivalent of the back and forth between those two men.  I got to enjoy the sheer pleasure of two different ongoing, rambling email conversations with some of my favorite Sherlockians, Brad Keefauver and Bill Mason.

I would assume most of us have our Sherlockian emails that get fired back and forth, but the majority of them are specific to topics and once the topic is completed, the discussion ends.  Lord knows I have plenty of those in my inbox as well.  "Are you coming to the meeting?"  "What is the status of this project?"  "Do you know where I can find ___?"  Those are all well and good, but how often do we get to have conversations that meander from topic to topic?

Bill and I started out conversing about his weekend in New York, which led to travel plans, blog posts, politics, events in Nashville and St. Louis, and other things.  If you know Bill, you know what a gracious and friendly guy he is, and his emails are just as pleasant.  Plus, I hear his great southern accent whenever I read his stuff.  I'm really looking forward to reading his new book, "A Holmes by Any Other Name," and hearing his voice in my head.  (Oooh, what if he recorded it as an audio book?!?!?) 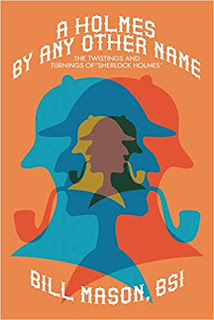 Keefauver was one of the first Sherlockian friends I made when I ventured outside of my bookshelf and started engaging with other people on the internet and at functions.  Although he and I only live two hours apart, we don't see each other as often as I'd like.  I assume that's because I'm taking my daughter to ballet class and he's watching Holmes and Watson.... again.  And again.  And again.  If you know either of us, we ramble, so I can't even begin to list the topics we went over. 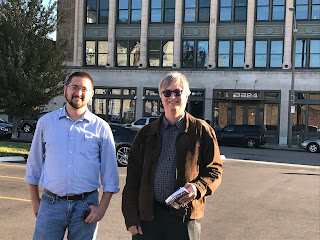 Now, would either of these interactions have happened without email?  I can't say because I wasn't doing too much letter writing in my pre-teen days and don't today.  I can tell you that even if they would had, they would've taken a different approach.  Firing off a one or two sentence email is nothing to us, but writing down so few lines, slipping it an envelope, and using postage for it?  Doubtful.

So, another goal I'm going to set for myself is to let my friendly email correspondence be more of a conversation instead of a Q&A session.  Although time and distance don't always allow us to converse as much with Sherlockians around the country and world that we would like to, we have the means right here at our fingertips.  Long rambling messages, short queries, whatever.

Just as long as they don't look like this: 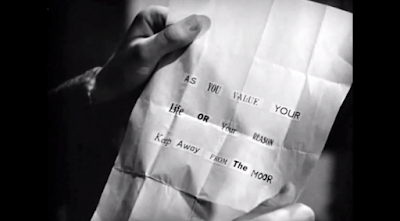