If you only know Curtis Armstrong as the guy from Revenge of the Nerds or Moonlighting, you are missing out on so much more!  Curtis is an ardent Sherlockian from an early age and his devotion to this hobby of ours is still going strong decades later.  In 2017, his memoir "Revenge of the Nerd: Or... The Singular Adventures of the Man Who Would Be Booger" came out, and to many Sherlockians' delight contained all kinds of great tidbits about his interest in the Great Detective.  (Sure, there were stories about Tom Cruise, Bruce Willis, and John Cusack, but the selling point is Sherlock Holmes, right?)  Invested into The Baker Street Irregulars in 2006 as "An Actor and a Rare One," Curtis' wears his love for Sherlock Holmes and other Sherlockians on his sleeve.  I think you are in for a real treat with this month's answers... 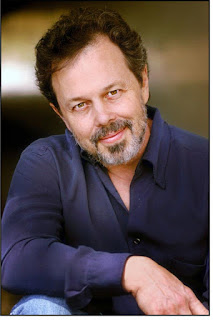 How did you become a Sherlockian?
In a manner of speaking, I became a Sherlockian the moment my father put his copy of the stories in my hands. That was 1964 or 1965. But my path to the "organized" Sherlockian world began a few years later. In 1969, my Civics teacher, Barry Lepler, commented on the fact that I was carrying a copy of the Sherlock Holmes stories with me every day in school. My obsession was obvious and he asked if I'd ever heard of William Baring Gould's Annotated Sherlock Holmes. He had gotten a copy for joining the Book of the Month Club a year before. Would I be interested?

I had no idea what I was letting myself in for, but said yes. He then said the book could be mine for $5.00, which was what he paid for his subscription!  That seemed reasonable. I brought in my $5.00 and he handed me what was, in many ways, the key to my future.

It was through Baring Gould that I discovered the existence of The Baker Street Irregulars and The Baker Street Journal. I would never have dreamed that such things existed!  Obviously, my first move would be to join The Baker Street Irregulars.  But even a cursory reading of the history of the organization showed that was unlikely, even if the group still existed, and I wasn't sure it did.  The Baker Street Journal was another matter, though. I subscribed immediately, and it was in the first or second issue that I saw the announcement, in the Scion Society section, that a new Sherlock Holmes society had been founded specifically for young Sherlockians--and that it was based in Cranbrook Gardens, Bloomfield Hills, Michigan, which was about twenty minutes drive from my house. 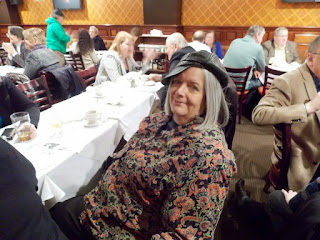 The founder of this group was Susan Rice, now legendary in the Sherlockian world, but then a young teacher at the Kingsford School in Bloomfield Hills. The group was co-ed, unlike the Irregulars at that time, and consisted mainly of her students.  We would meet at her apartment: discuss the stories, attend plays, have dinners occasionally, including one at my home at which we were honored by the presence of  the Detroit Amateur Mendicant Society founder Bob Harris, who arrived with a Tantalus and Gasogene (which we were encouraged to sample) and who sat telling stories about the old days with famed Irregulars like "Kit."  Even Susan, far more educated in this lore than we, didn't realize at first he was talking about Christopher Morley.  Jupiter descended that night!

Though I dabbled in scion groups in the following decades (The Greek Interpreters of East Lansing and The Non-Canonical Calabashes of Los Angeles) my youthful fantasy of induction in The Baker Street Irregulars seemed as far away as ever.  Until I received an unexpected invitation to attend the weekend from Susan in 2002.  My induction a few years later was the most unexpected and thrilling moments of my life. 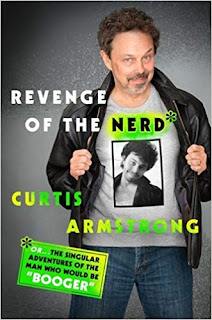 Who is a specific Sherlockian that you think others would find interesting?
If we are speaking of a Sherlockian not yet inducted, I would say Ashley Polasek. A scholar, writer, editor, teacher and Medieval swordswoman. She has a PhD in Sherlock Holmes adaptions and has spoken on Sherlockian subjects internationally. She was the editor of my second book, on P.G. Wodehouse, called "A Plum Assignment," co-written by Elliott Milstein. Also co-editor of the Los Angeles symposium book, Sherlock Holmes: Behind The Canoncial Screen. She's also funny and knows her single malts.  What more can you ask for? 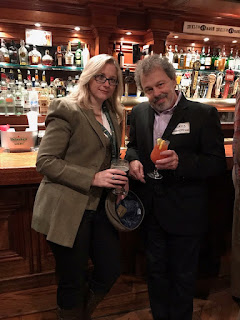 What subset of Sherlockiana really interests you?
I'm not that interested in films or plays, or cosplay. That feels too much like what I do for a living. I'm a hardcore bibliophile, so it used to be collecting. I have a large collection of Sherlockiana including first editions, Strand magazines, Doyle letters and an extensive collection of books, letters and inscribed copies of books by first generation Irregulars.  That hobby got a little rich for my blood, though. I still collect the new books by BSI Press and Wessex Press and independently published work, but the the earlier stuff has just gotten too expensive. I consider my collection basically frozen. Now I collect Washington Irving. I love him as much as Doyle and he's more reasonably priced!

What things do you like to research related to Sherlock Holmes?
I don't really research anything!  I don't write that often on the subject.  I like to think of myself more as an enthusiast. I am lost in admiration for the people I know for whom research is an important part of their Sherlockian experience, but it's just not really in my wheel house. I've been invited to give talks on Holmes often but it is always related in some way to what I do:  Holmes and theatre, actors, film, that sort of thing.  Sometimes when I'm preparing a talk there is some research involved but it's really not what I enjoy. I just like to read the stories and talk about them, when I do, from my own perspective.  I wish I were a scholar, but I'm not. 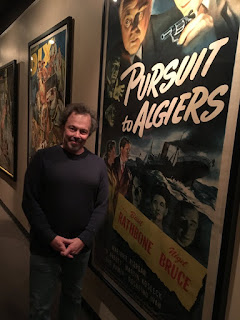 Is there a Sherlockian role that you would really enjoy playing on stage or screen?
I've been asked this question a lot.  Honestly, no. I don't see myself in any Canonical character.  Maybe Nathan Garrideb. Years ago, the actor/director Heather MacDonald wrote a Sherlock Holmes play and arranged a backers reading of it in New York. She asked me to play Billy the page. I was 28. I played him like Terry Kilburn in "The Adventures of Sherlock Holmes."  My one Sherlock Holmes credit. 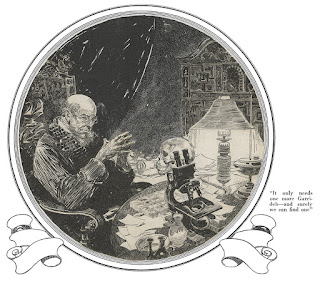 Although not Sherlockian, last year, you released the book "A Plum Assignment: Discourses on P. G. Wodehouse and His World" with Elliot Milstein.  Why do you think there is such a crossover between fans of Wodehouse and fans of The Great Detective?
A good question.  I don't know.  I think it may be because Wodehouse was such a fan of Doyle's that he sort of bubbled over with enthusiasm for him and that sort of thing is infectious. It was there in everything, from throwaways like referring to three-pipe problems, or quoting lines from the stories that are recognizable.  Comparing aunts to Professor Moriarty, that sort of thing. Inside things that readers like.  The plot of "Indiscretions of Archie" borrows pretty substantially from "The Adventure of the Speckled Band."  Also, there is a cult quality to Wodehouse readers that is very similar to Doyle readers. 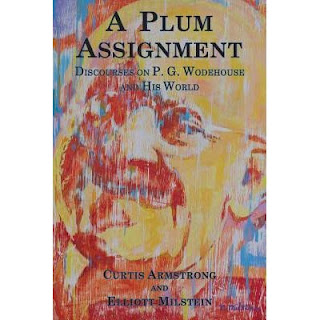 What book would you recommend to other Sherlockians?
I assume you mean a Sherlockian-related book.  I'd recommend something by Vincent Starrett or Chris Morley.  Not "The Private Life of Sherlock Holmes" or "Sherlock Holmes and Dr Watson: A Textbook of Friendship", but one of their Sherlock-adjacent, less well-known books.  Starrett's "Penny Wise and Book Foolish" or Morley's "Powder of Sympathy." If you can find them.

Where do you see Sherlockiana in 5 or 10 years from now?
Who could've predicted ten years ago where Sherlockiana is today?  Fortunately, Sherlockiana is no longer the domain of all-white-male bookishness.  I relish the changes and have been disappointed and kind of appalled at the reactions of some Sherlockians of my generation to what the Irregulars in particular has become.  Women, POC and the young are the future of societies like ours and we should embrace them.  They are no threat to us, they're like o-negative blood transfusions, universal and life-giving. If we've learned nothing else from Tom Stix's day, we've learned that Sherlockian whiskey-and-sodality has no gender. The future of Sherlockiana looks bright to me. 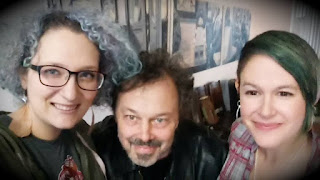