It Is Introspective, and I Want to Introspect. [REDH]

The latest episode of The Three Patch Podcast featured a great segment this month, Queer Fandom Meets Scion Societies.  In it, Sherlockians Elinor and Jen were interviewed on their experiences with traditional societies and ACD fandom.  And, hoo boy, did they really cause some introspection... 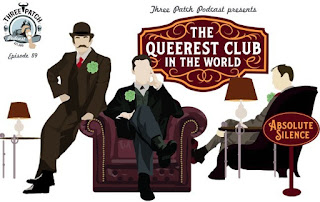 I am coming at this as a white, middle-aged guy who is active in online traditional Sherlockiana as well as the head of a scion society, The Parallel Case of St. Louis.  And I'm going to try to not be that guy that says, "I have gay friends" or "It's that way because...".  No, this interview made me want to be better than that.

If you are a traditional Sherlockian and don't listen to The Three Patch podcast, I would recommend listening to this interview specifically.  It's only 30 minutes and very much worth it.  There was a lot that sparked an inner monologue for me, but I'm going to highlight just some of the comments from the interview and just give my take on it.  Because as a straight white man, I'm clearly qualified to discuss queer fandom.

On the queer reading of the Holmes/Watson relationship:
Elinor: Just let me have this and I'll let you have your Irene Adler fantasies.

On Holmes being asexual:
Jen: I definitely think there are many more people that would be willing to accept that than they would a gay Holmes, but I think that many of the people in some of these groups would then rather not talk about it than look at it as a non-feature.

I fall into this camp.  And not because I'm not interested in a gay romance between Holmes and Watson.  I'm not interested in any romance involving Sherlock Holmes.  That's not why I read these stories.  But that's what so great about the Canon.  There are so many ways to read it!  Some people want to look at weather patterns to try and create chronology, some want do argue the difference between inductive and deductive reasoning, and some see a romance story between two men.  None of these are my cup of tea, but you do you.

But this is where my introspection kicked in.  Am I welcoming enough to Sherlockians who are fans of queer-readings of the text?  Is my scion welcoming enough?  I like to think of myself as a big tent Sherlockian and there's room for everyone even if we don't see things the same way.  But I've also tried plenty of sub-Sherlockiana that wasn't for me, including queer-readings, weather patterns and inductive reasoning.  I don't want to be dismissive of a subset of Sherlockiana that doesn't interest me, but there's only have so much time in the day.  These were some of the clunky rhetorical questions bobbing around in my head the two times that I listened to this interview.  My takeaway from it was: whatever I do, do it better and err on the side of openness. 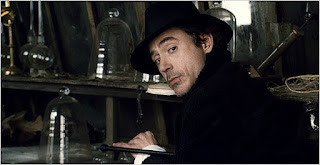 Elinor: It can be really fun and valuable to get in touch with people who are in your region and sit down and talk with them about Sherlock Holmes...  Get involved and just give 'em a shot. 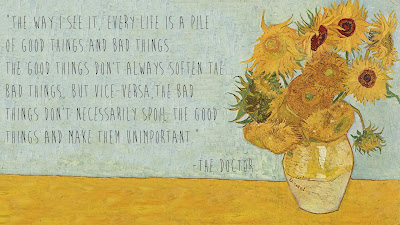 There are going to be Sherlockians we get along with and those we don't.  My hope is that I can find more Sherlockians that I get along with, and go on my way without having a negative impact on those that I don't.  I haven't always been good at that, but as Holmes says, "We can but try."

Even though the interview ended on Elinor and Jen's positive notes about getting out there and meeting with traditional Sherlockians, the next segment, a recap of the hosts' experiences at PodCon, had the quote of the episode for me: "I can tell these are our people but no one was familiar."

Now, THAT is how I want people to view Sherlockians!  Come on in! 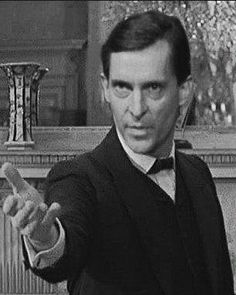