Leslie Klinger is the type of Sherlockian who is always working on some kind of project.  He has released SEVEN books in the past two years alone.  And these aren't flimsy volumes, either.  I got his "Classic American Crime Fiction of the 1920's" as a Christmas present, and I nearly gave myself a hernia picking it up!

His writing and research has covered everything from Dracula and Frankenstein to wrongfully accused prisoners.  In the next two months, he has "In the Shadow of Agatha Christie: Classic Crime Fiction by Forgotten Female Writers: 1850-1917" and "Ghost Stories: Classic Tales of Horror and Suspense."

But this is a Sherlockian blog, so let's talk about why Leslie Klinger is one of the big names in Sherlockiana.

More than a decade ago, Klinger took up the mantle of Sherlockian Annotator and put out "The New Annotated Sherlock Holmes," a three volume set that picked up where the seminal Baring-Gould anthology left off so many decades ago.  And if that weren't enough minutiae for us, he then turned around and produced The Sherlock Holmes Reference Library, which went into even more specific detail of the 60 stories and their apocrypha.  Klinger was also awarded the Morley-Montgomery Award at this year's BSI Dinner for his article "The Origins of Sherlock Holmes: Crime Fiction before Conan Doyle."

Needless to say, Leslie Klinger is a busy man.  So it's a huge pleasure for him to take time and answer questions for us this month.  Settle in for some thoughts on our hobby from one of the most prominent Sherlockians of the current age. 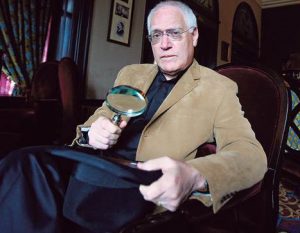 How do you define the word “Sherlockian”?
There’s no litmus test for Sherlockians. If you say you’re one, you are! It’s an attitude, not a skill set.

How did you become a Sherlockian?
I was hooked by William Baring-Gould’s Annotated Sherlock Holmes—the footnotes revealed the 60+ years of scholarship and also made clear that there was a universe of amateur scholars out there. I immediately subscribed to the Baker Street Journal and later, when I moved to L.A., joined a local scion society.

What is your favorite canonical story?
The Blue Carbuncle, a perfect blend of sentiment, brilliant deductions, and the warm friendship of the Great Detective and the Good Doctor.

Who is a specific Sherlockian that you think others would find interesting?
Among living Sherlockians, certainly Peter Blau has more stories than anyone else. I’m also taken by fresh and interesting perspectives—let me recommend my young friend Lucy Kiefer! But I am blessed with so many long-time friends among the BSI that it’s hard to single out just one: Fromkin, Rice, Burke, Cameron, Rozan, Faye, Peck, Margolin, Hobbs, Dahlinger, Katz, Kean, Rothman, Fusco, Homer, Dirda, three Rosenblatts, and especially Neil Gaiman, Laurie King and Mike Whelan—all very dear to me. I shudder to think whom I’ve omitted! 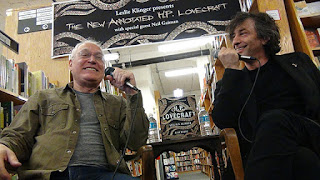 What subset of Sherlockiana really interests you?
The scholarship, obviously. So many fascinating topics left to explore!

What things do you like to research related to Sherlock Holmes?
I’m especially interested in textual variations and the perplexing question of who made what changes. I’ve been privileged to read and write about many of the manuscripts and hope to explore more. 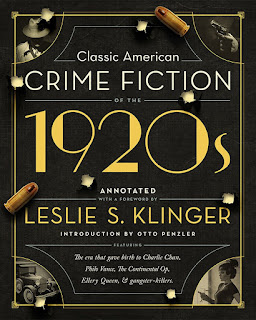 Your latest project, "Classic American Crime Fiction of the 1920's" is a treasure trove of the genre at it's beginnings. Did you find any trends in researching this that would interest Sherlockians in particular?
The annotations in that book are another demonstration, I hope, of the fruits of close reading. Quality books are mirrors of their times, and these 1920s classics are no exception. The treasures are in the details as well as the themes. Reading and re-reading the Canon always leads to fresh discoveries. Like “slow food,” slow reading is an entirely different experience than one’s first read of a story.

Another ongoing project you have is a series of books influenced by Sherlock Holmes Canon. The latest, "For the Sake of the Game," boasts a diverse list of authors. How do you recruit your writers for these books?
Lately, we’ve been turning away great writers who ask us if they can play in this particular sandbox! Recruiting has always been easy—Laurie and I ask our friends! 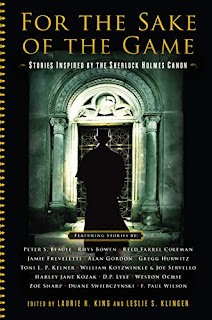 What book would you recommend to other Sherlockians?
You mean besides my own New Annotated Sherlock Holmes? I think the most overlooked book of scholarship is D. Martin Dakin’s A Sherlock Holmes Commentary. For more of my thoughts on this, see the pair of articles I did for the BSJ about the state of SH scholarship in 2002 and 2003. Another fine way to dive into the scholarship is the two-volume set that Laurie King and I co-edited for the BSI: The Grand Game: A Celebration of Sherlockian Scholarship. 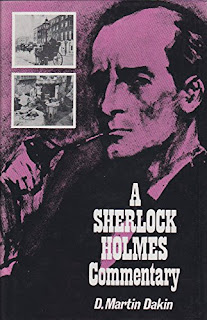 Where do you see Sherlockiana in 5 or 10 years from now?
I see no risk that the candle is dimming. The quantity and quality of SH scholarship continues unabated, and I’m thrilled to see a growth of interest among the younger generations of readers. Though we’re wrapping up a Golden Age (with the end of the Downey films and Sherlock and Elementary), I expect that many of those who joined the ranks of Sherlockians strictly because of the films or TV shows will stay and become the venerable senior Sherlockians leading future generations.