We Must Cast Round for Another Scent (HOUN)

I wonder if Watson ever had writer's block?

He had such a wealth of material to choose from, did the choices ever seem too much for him?  All of that great content just waiting to be shared with your readers!  Imagine if you're Sherlock Holmes' biographer, and the public is waiting for your next story.  It had better be a good one!  Show the people how smart or brave the great detective is, Watson! 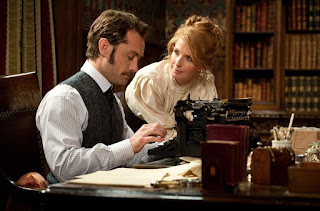 On a MUCH smaller scale, I found myself facing the same dilemma this week.  I've agreed to write a short story for an upcoming Sherlock Holmes book for kids being published by Belanger Books.  I also have a student who is contributing a story.  I've been focusing all of my time helping her polish her work and haven't started mine at all.

So yesterday, I sat down to start.  Now, this story has to be engaging and suitable for elementary school children, so there are some parameters to work with right away.  I had originally thought to do something with animals.  But not a "little girl lost her puppy and Sherlock Holmes helps her find it" type of story.  Those have been done plenty.  I was going to do something with Charles Jamrach’s Exotic Menagerie, a real life museum that existed in Victorian London.  I had a faint outline in my head, but once I started reading up on the place, I quickly realized that there are a lot more possibilities there than for just a kids book.  Plus, I didn't want to get too technical, and that would've taken a lot of exposition up front.  A good way to lose your young audience. 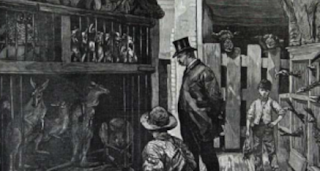 For whatever reason, I wanted to build my story around a true event.  So after a quick perusal of events that happened in London in the 1890's, I'd come up with a few ideas:

The first international hockey match
Baseball being introduced to London (It is spring training time after all...)
The beginning of the Proms concerts
The Oxford and Cambridge boat race

I ended up settling on another topic completely and I feel like my story is off to a good start after one day.  (Except I haven't come up with an ending yet.  I probably should've done that first...) 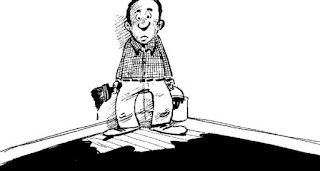 But then my lack of a solid topic carried over into today's blog post.  Should I talk about my planned book purchases, new podcasts I'm enjoying, excitement about a trip to The Mysterious Bookshop, thoughts on diversity in Sherlockiana, hopes for the next Holmes in the Heartland weekend?  I flirted with all of these topics and may return to one or two of them in due time, but didn't feel up to it today.  So here I am, blogging about not having a topic.

And that brings me back to Watson.

I picture him in one of two ways, mostly: action sidekick to the great detective or prodigious writer scratching away at his desk.  There are plenty of other versions of Watson out there: ladies man, billiards player, Chinese pottery expert.  But tonight, I'm going to emulate another Watson: laconic reader.  I'm off to dip into my current read and know that even the best writers had to have their off days, so some schlub rambling on the internet is allowed to as well. 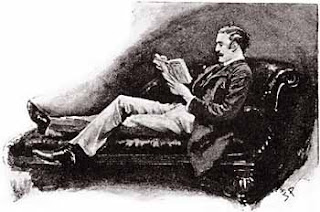