Steven Doyle seems to always be cranking out new Sherlockian projects.  He is one half of the powerhouse Sherlockian publisher, Wessex Press, the publisher of the Baker Street Journal, producer and host of the new video podcast, the Fortnightly Dispatch, (the new episode just came out today) and that's just his biggest Sherlockian projects!  He's also in a rock band, host of legendary St. Patrick's Day parties, part of a Walking Dead fan show, and launching a new imprint from Wessex focusing on tales of horror.

Steve is a guy who always makes time for other Sherlockians.  I've been to a few of the same events as Steve, and he's always engaged in a conversation with someone.  And when meal time rolls around, you can usually count on Steve finding out how many people he can cram into a room so everyone can hang out together.  Although, you should be careful at those meals, because the last time he and I ate together I promised him that I would watch the Dudley Moore Hound of the Baskervilles movie.  And since he was kind enough to do this interview, I guess I'd better get around to watching that soon.... 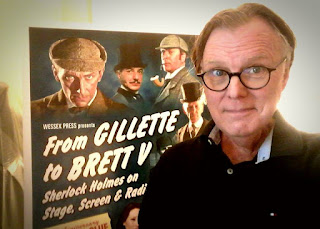 My definition of the word “Sherlockian” is similar to the term “musician.” Many people casually
enjoy music, or even play a bit, which is perfectly fine. But to be a musician implies a certain
amount of time, knowledge, and effort put forth on the subject. For me, it is the same with being
a Sherlockian.


How did you become a Sherlockian?

I fell in love with the literature of Sherlock Holmes at the age of 14 when I received facsimile
first editions of Adventures and Memoirs for Christmas. I was completely enthralled by both the
stories and the Paget illustrations. I became a Sherlockian when, shortly after this, I read the
Pinnacle paperback edition of The Private Life of Sherlock Holmes by Vincent Starrett, In the
Footsteps of Sherlock Holmes, by Michael Harrison, and The Seven-Per-Cent Solution, by
Nicholas Meyer. I read these very shortly after I had devoured the Canon, and each of them
taught me, in their own way, what this game we play is about. 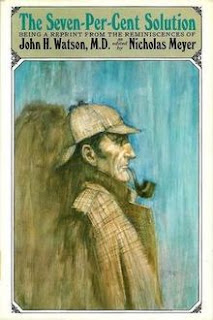 Actually, they are two stories which are really one story, that being “The Final Problem” and
“The Empty House.” There is so much going on in this whole story arc that I believe an entire
book could be written on it. There’s the Christological cycle of sacrificial death and resurrection.
There’s Moriarty as Holmes’s doppelganger. Then there is the presentation of evil, or perhaps I
should say Evil, as pervasive yet invisible…I could go on and on.


Who is a specific Sherlockian that you think others would find interesting?

Living or dead? There are so many it is difficult to pick. For newer generations of Sherlockians, I
recommend going back and reading not only the writings of the old Irregulars (which are
foundational to our hobby and demonstrate why they still matter), but about their lives as well.
These were accomplished, interesting people who created our hobby. As for living Sherlockians,
Roy Pilot, co-author of The Annotated Lost World and The Annotated White Company, is
someone who has been a mentor, inspiration, and friend for thirty years. 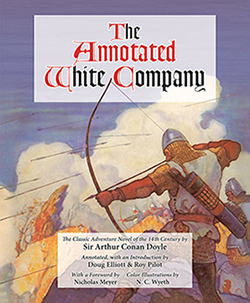 I have a number. It is well-known that I have a love of Sherlockian cinema…actually cinema,
television, radio, and stage…all the dramatic interpretations of the character. I think it speaks to
our longing to see Sherlock Holmes and Dr. Watson in the flesh. I also love that it is a vehicle for
how Holmes is a reflection of the era in which he is being portrayed. Another is the history
Sherlockian publishing, particularly small press publishing right back to its earliest form. And
lately I’ve had a growing fascination with the history of the very first BSI dinner. But that is the
great thing about our hobby…there is so much that can capture your attention.


What things do you like to research related to Sherlock Holmes? 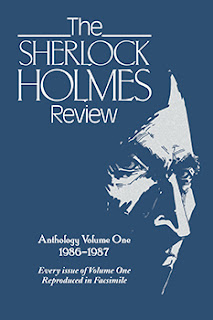 How has being a Sherlockian publisher changed from the early issues of The Sherlock
Holmes Review to the books you put out in 2020?

The biggest change is the democratization of print and publishing technology. When we started
The Review, creating it meant literally physically making it by hand…that is a huge change. But
it is more than that. Today, literally anyone put a book into print. (The same goes for other
media, by the way…think video and YouTube). This creates both tremendous opportunities for
writers, but also increased challenges for readers… “how do I have some assurance that what I
am investing my time and money in will be something worthy of reading?” I also think, despite
those who decry publishers as “gatekeepers”, it increases the need for editors and publishers. The
notion that “gatekeepers” aren’t appropriate anymore don’t understand that publishing isn’t just
about the writers. It is about the readers, and being fair and true to them as well.


What was the impetus for launching The Fortnightly Dispatch?

The Fortnightly Dispatch actually wasn’t my idea. The idea came from the BSI, who wanted to
do some kind of timely outreach in this unnatural time of isolation. As publisher of The Baker
Street Journal, and someone who is a video producer and communications professional, I was
suggested as host and producer. As host, I want to the podcast to provide knowledge of the deep,
fascinating hobby we enjoy. So many newer Sherlockians don’t have the means to learn of or
experience the history of the Sherlockian Universe…a rich history which anchors and informs
our world to this day. In recent years it has been suggested that all of that is over, that the
Sherlockian world has changed, and has moved on. But that is patent nonsense, and the response
to the podcast has been an affirmation of the this. Gosh…so hard to pick just one. I am going old-school…I would pick The Annotated Sherlock
Holmes by William S. Baring-Gould. So much of everything we are as Sherlockians is embodied
in that foundational volume.


Where do you see Sherlockiana in 5 or 10 years from now?

It is almost impossible to predict, but I have hopes that the fractious nature of the last ten years
will be behind us, and we’ll see a new found appreciation for what the Sherlockian world is,
while we move forward to embrace new ways to experience it. But I’ll leave however that works
out to the future. 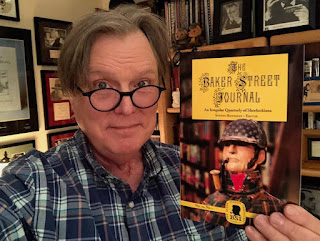