Jay Ganguly is a powerhouse.  Secretary General of the Sherlock Holmes Society of India, author of Holmes Sutra, and maybe the most impressive in my eyes, editor of the Proceedings from the Pondicherry Lodge newsletter (The latest entry is over 250 pages long, that's some serious work!).  But beneath all of this is a Sherlockian who loves her books about the Great Detective.

I sent Jay an invitation to be interviewed last Fall, but unbeknownst to me, the message got caught in her Facebook security settings.  So when I got a reply out of the blue last week, it was a very pleasant surprise!  I've wanted to interview her for quite some time and am very pleased to share a little insight into how Sherlockiana is enjoyed in India! 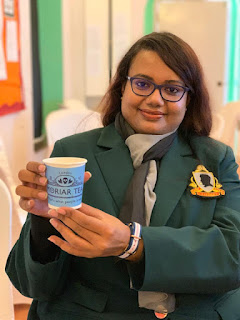 I was twelve and bored and my Dad gave me a battered old copy of The Return of Sherlock Holmes. A few days later, I had read the full Canon, got my own new copy of the full and fallen hopelessly in love with the great detective! 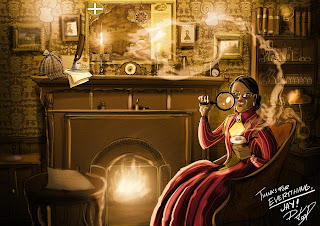 Ah, the list it too big! I don't think I've ever met or interacted with a non-interesting Sherlockian! If I absolutely had to name one... perhaps Petr Kopl from the Czech Republic. He's a brilliant graphic novelist and his adaptations of Sherlock Holmes are out of the world. Some of his graphic novels are available in English as well - I wish all of them were. I'd especially recommend his A Scandal in Bohemia. Oh, and he's the one that drew the gorgeous image that we use for the Sherlock Holmes Society of India. 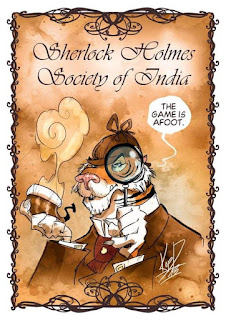 Er... anything, really. I've been known to buy random things just because they have "Sherlock" or "Holmes" or "221" on it. And I'm crazy about Sherlockian stories - traditional pastiches, media adaptations, comics, fanfiction... anything!

Stories, stories and more stories! I look up other information when I have to write/discuss/present anything.

How did the the Sherlock Holmes Society of India start?

It was started by Mr. Sumal Surendranath in May 2001. He's the President of SHSI and one of the best people I know. (Another very interesting Sherlockian!) 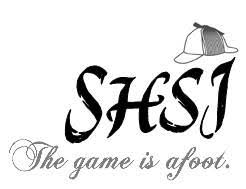 How are you able to coordinate a society that includes such a large country?

We've always been online - so it's not really a problem. We did try having annual meetings for a while, but with everyone spread out across the country, it didn't really work out very well.

Right now? The summer issue of my e-magazine "Proceedings of the Pondicherry Lodge". The entire MX Book of New Sherlock Holmes Stories (I can gush about it for days). Any of the pastiche collections from Belanger Books (my favourites are Holmes Away From Home and Before Baker Street) Any of Petr's graphic novels. The three books of Bonnie MacBird. The three books of Kareem Abdul Jabbar. Anything at all by Nicholas Meyer (though The Seven Percent Solution is my favourite). The Mandala of Sherlock Holmes by Jamyang Norbu. Er... I'll shut up now or it'll never end.

Riding another crest, I believe. Sumal often says that Sherlockian interest waxes and wanes like a wave - we got a high recently with BBC Sherlock bringing in a flood of interested youngsters...and it's not as high at the moment. Perhaps it'll peak again in a few years. 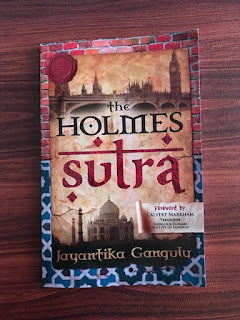