The Starting Point of So Many Remarkable Adventures [MAZA]

Most Sherlockians don't like "The Mazarin Stone."  I have to admit it had been a few years since I've read it, and after revisiting it this week I don't either.  For a while I held it in a slightly higher regard because I used it as a coda to the Colonel Moran plot in my novel The Criminal Mastermind of Baker Street, but that was because I used the source material for my adaptation, not this version. 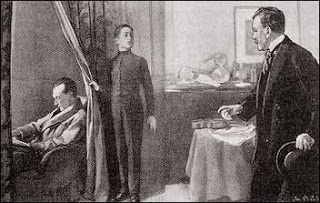 "The Mazarin Stone" was first published in the October 1921 edition of The Strand Magazine, but that was not the first time fans had seen Sherlock Holmes fool an air-rifle toting big game hunter with a wax dummy.  No, this ploy was used just a few months before in Sir Arthur Conan Doyle's short-lived one-act play, The Crown Diamond: An Evening with Sherlock Holmes.

Oh were you thinking of another story?  Nope, this is about Doyle's play. According to the introduction to The Theatrical Sherlock Holmes by Paul Stuart Hayes, The Crown Diamond was a big hit, touring for over a year around England and being a financial boon to Doyle in his later years.  The public had only had one Sherlock Holmes story published in the last eleven years, "His Last Bow," and The Crown Diamond showed Doyle that there was still an audience for The Great Detective. 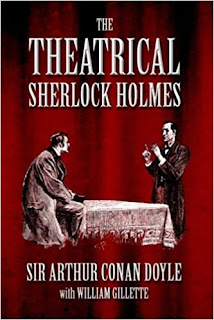 The Crown Diamond would go on to be adapted into MAZA, and this would be the first story of the final set of Sherlock Holmes stories to be released.  No matter our opinion on MAZA (and mine is not good), we have this story to thank for some of the lasting impressions we have of Holmes.  MAZA opened the door for "The Problem of Thor Bridge" and "The Adventure of the Illustrious Client."  Without MAZA, we never would have gotten to see Holmes in retirement as we do in "The Adventure of the Lion's Mane" or his loyalty to Watson from "The Adventure of the Three Garridebs."

Although MAZA is pretty universally panned, it's an important part of the Sherlockian Canon, because without it, we may never have gotten to read a full 1/5 of the stories we've come to rely on for entertainment over the years.

Lord Cantlemere tells Holmes, "We are greatly your debtors" and we could say the same to Doyle.  So here's to "The Mazarin Stone," the wilted vegetable in an otherwise delightful Sherlockian feast! 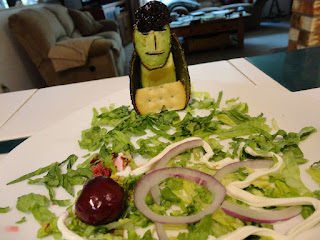