I wonder if Ross Davies ever sleeps.  As a Sherlockian, the man seems to know no end.  He makes literary maps, he curates a website of Sherlockian toasts, he designs bobbleheads and tchotchkes, he oversees Baker Street Irregulars events, he publishes The Baker Street Almanac every year, he has appeared in more Sherlockian publications than I can count, and he just put out a new book of scholarship last month, Holmes Reads Holmes.  And that's just what he does for his hobby!

To pay the bills, Ross is a law professor at George Mason University, which I can only assume takes up at least as much time as his Sherlockian activities.  From conversations we've had about education, I can tell that Ross puts a lot of thought into what is best for his students and what will help them succeed during and after their tenure in his classes.

But wait!  There's more!  Ross Davies is the editor of a law journal, The Green Bag, is on the steering committee of the Nero Wolfe society, The Wolfe Pack, and is a SABR award-winning author.  (If you are a baseball fan, you realize that this might be the coolest thing I've ever typed.) 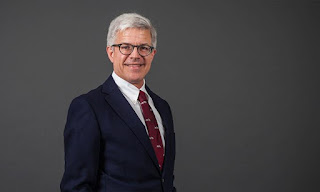 Anyone who enjoys any part of Sherlock’s worlds.

Long ago in the quiet of the world, when there was less noise and more green, the Davies family spent large chunks of the summertime camping. In the tent (which was at that time yellow and huge and smelled like adventure, and is today still yellow), before lights out, our mom would read to my sister, my brother, and me.

She covered a pretty wide range of material, and some of it was Canonical. I remember most vividly being terrified by “The Adventure of the Speckled Band” and awed by “The Valley of Fear.” Since then, much sleep has been lost courtesy of Arthur Conan Doyle, some of it reading, some of it lying awake and afraid in the dark. My dedication in the book “Holmes Reads Holmes” is to Rachel S. Davies. That’s mom, who is, by the way, the coolest person in the world. 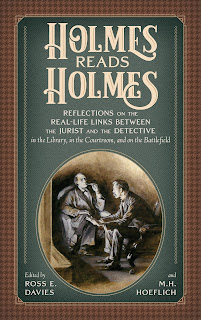 It varies with the moods of the reader. Right now, “The Adventure of the Yellow Face” (my favorite illustration from the first printing is currently on the landing page of the Baker Street Almanac). The story is filled with love, misunderstanding and then understanding, and humility, and it concludes with an admission of imperfection of judgment by the best and wisest man Dr. Watson ever knew. We could all do with a whispered “Norbury” in our ear from time to time.

A double answer is required. In alphabetical order by first name they are Crystal and Heather, and by last name they are Holloway and Noll. They are the brains and hearts behind 221B Con, and while it has always taken a great deal of both to make that con happen, the year 2020 proved that Heather and Crystal are superheroes. And chatting with them is a trip! 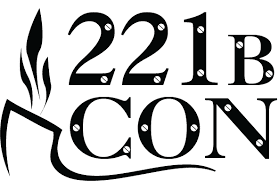 Scions and other Sherlockian-Doylean organizations – their histories and their cultures. I would love to read more published histories of them. We’re trying to do something about that with the Baker Street Almanac. In recent years, Monica Schmidt (the BSA’s Editor of Scionical and Societal Reports (U.S.A.)) has been gathering annual news about groups in the U.S.A., and starting this year, Jay Ganguly (the BSA’s new Editor of Scionical and Societal Reports (Global)) is doing the same work for many other parts of the world.

In addition, we’ve been enlisting knowledgeable people to write full histories of some of the major, longstanding pillars of the Sherlockian-Doylean world. Julie McKuras wrote a history of The Norwegian Explorers for the 2019 BSA, and Steve Doyle wrote about Wessex Press for the 2020 BSA. I am happy to report that we will be continuing this in the 2021 BSA with something from Cliff Goldfarb about the Arthur Conan Doyle Collection at the Toronto Public Library. 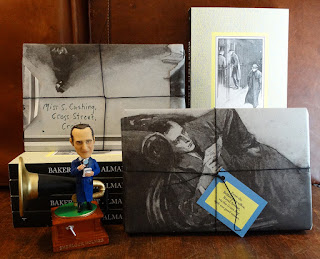 Where things are – reading maps and making maps. Many other things are distractingly interesting, of course (we all have too many Sherlockian interests?!), but maps will always be special. If you’d like to see a recent one, here is “The Adventure of the Resident Patient”

What was the impetus for starting The Baker Street Almanac?

Finally, an easy question! The Green Bag, Inc. – the little non-profit company that publishes the BSA -- actually specializes mostly in law-related publications. One of those publications is the “Green Bag Almanac & Reader,” which is an annual review of law and legal writing. 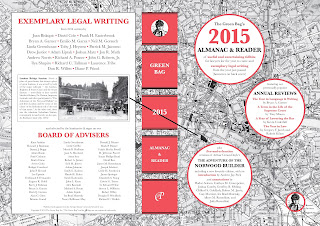 We have always added a bit of extra interest and entertainment to the “A&R” by including material related to some literary-cultural theme. For many years, we chose a new theme each year, ranging from baseball to Shakespeare, from breakfast to Thomas Nast, from presidential elections to Sherlock Holmes. It was that last theme that caused us trouble. We published a Sherlock-themed A&R in 2015. Reader response was so extraordinarily positive, and demands for a sequel so numerous and emphatic, that we violated our tradition of variation, postponed a planned whist-themed A&R, and put out a second Sherlock-themed edition in 2016. 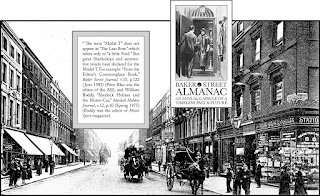 There was plenty of demand for a third round of Sherlock, but enough was enough. In 2017 we published a long-planned A&R tribute to Thurgood Marshall, and in 2018 we finally put out our whist book. In other words, we moved on from the idea of another Sherlock-themed A&R. But many of our readers continued to pester us to do more. A publisher that ignores its readers is in great peril, and the Green Bag is a wimpy enterprise. Enter the BSA. In early 2018 we issued a small pamphlet to raise awareness of the project among prospective authors and readers. The response was good. We published our first big BSA in 2019, our second in 2020, and our 2021 edition will be in print in a few weeks. 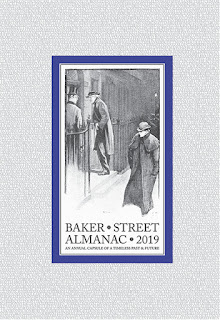 As the overseer of the BSI outings, what do you look for when putting together such events?

Many things! I’ll mention two. First, balance. Our community is built on appreciation of the Canon, and also on appreciation of each other – on appreciation of both scholarship and of friendship. A successful BSI conference is a weekend devoted to cultivating both, and that means striking a balance in the schedule between formal presentations, organized activities, and informal social time.

We could, of course, easily fill two days with presentations, and two days with activities, and two days with eating and drinking and chatting with friends old and new. Alas, the six-day weekend appears to be something for which the world is not yet prepared, and so we invest a lot of effort in making difficult choices about what to do and not do in pursuit of an Irregularly well-balanced weekend. Past organizers have done a mighty good job, and I hope we can keep that going in the future.

Second, novelty. Historically, organizers have also done exceedingly well when it comes to picking new and interesting themes and locations, and also arranging for presentations of new, widely appealing, and previously unpublished and unpresented scholarship. Ensuring all of that interesting freshness is as difficult as achieving a pleasing balance. And again, I hope we can keep that going in the future.

Picture books are always good, and Sarah Obermuller-Bennett’s “A Study in Postcards: Sherlock Holmes in the Golden Age of the Picture Postcard” is a great one. I hope she writes a sequel. 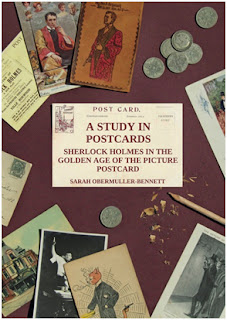 Another extraordinary excellent bookish item that I especially admire is not, strictly speaking, a book itself -- is a hard-to-find supplement to Leslie S. Klinger’s superb “The New Annotated Sherlock Holmes.” It is here and it is free.

Mars. I dearly hope that NASA decides that the best astronauts to send on the first mission to Mars are small old people (cheaper to transport, less to lose), and that when the first of them steps onto the red planet they say something like, “One sight for this small, near-sighted person to see, and one vast vista for all of visionary humanity to observe.” That, at least, is the plan. And there has been some progress already. 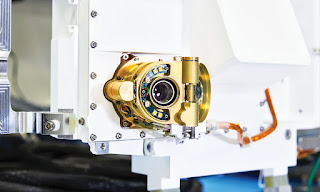