Let's close out the 2021 Interesting Interviews with one of the most likeable people in all of Sherlockiana: Derrick Belanger!  Derrick is such a great guy, and it always brings a smile to my face when I think of him being in front of a classroom.  His energy and positivity are infectious, and I can only imagine what he is like in a classroom!  I've never been lucky enough to see Derrick teach, but I hope his students and their families realize what a great guy they have in that classroom.

But Derrick isn't just a model educator.  He's also half of Belanger Books along with his brother Brian.  Belanger Books burst on to the scene in 2015 and their output just seems to increase with every year.  I honestly couldn't tell you how many titles Belanger Books has put out in just six years, but once you get to know Derrick, no number would surprise you.  I was delighted to participate in 2019's Irregular Adventures of Sherlock Holmes with a few of my students and I was blown away with Derrick's deft hand at editing and publishing.  If you have any interest at all in Sherlockian pastiche, Belanger Books can keep you stocked up for a long time! 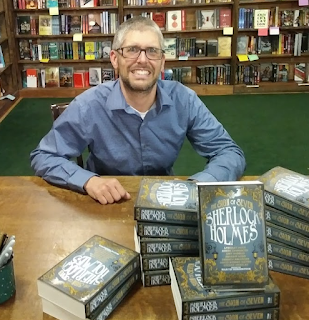 To be honest, I don’t remember. I’ve enjoyed Sherlock Holmes stories since as long as I can remember. If I had to pick a specific time, it would have been when I was fourteen and read, A Study in Scarlet for the first time for a book report. When I read that book, I was blown away by Doyle’s shift in the middle of the book from Holmes to events in the Utah desert. I’d never read a book structured that way, and I loved it. I then started reading the other stories in the canon that I hadn’t read before, and I also became a fan of Doyle’s horror stories which are some of my personal favorites.

I am currently a special education teacher at Horizon High School in Thornton, Colorado. Teaching, by its nature, is Sherlockian. A good teacher has to know each and every student that he or she works with, analyze their needs, and find the best way to meet those needs so that they excel in their educational journey. I also think it is critical to teach students to think like Sherlock Holmes. I’ve given an author talk to elementary and middle school age students called You are Sherlock Holmes where I do some activities to get students to observe, analyze, and deduce. For more on my work as a Sherlockian teacher, please see this interview I gave to Chalkbeat, the education centered online newspaper, back in 2017. 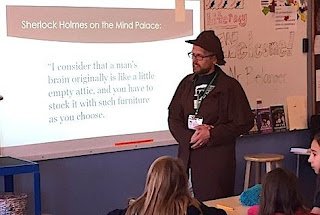 I can only pick one? That’s not fair! There are at least a dozen going through my head at the moment. Since I have to pick one, I think with it being the holiday season, I’ll go with “The Adventure of the Blue Carbuncle”. It shows Holmes’s excellent detective skills as well as his compassion. I read it at least once a year on Blue Carbuncle Day.

I would like to shine a light on a local Sherlockian in the Denver area and say Larry Feldman. Larry runs the Outpatients, a subgroup of Dr. Watson’s Neglected Patients, my local scion society. We meet the first Sunday of the month at Pint’s Pub in Denver where we take a quiz on and discuss one of the stories in the canon. I am always impressed at the amount of research Larry does before each meeting. I always learn something new about each story from his talks. 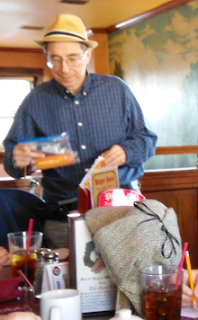 That’s an easy one - pastiches! I love reading new Sherlock Holmes stories, both those that are traditional and those that take Holmes in a new direction. That’s why I became a publisher.

My interest in Sherlock Holmes came long before my interest in Solar Pons. I didn’t discover The Sherlock Holmes of Praed Street until I was in college. Once I discovered him, though, I read as many of the stories in the Pontine canon as I could find. As August Derleth said, “Solar Pons came into being out of Sherlock Holmes . . . .” I think one has to start with Holmes and be a Sherlockian to truly appreciate just how good the Solar Pons stories are. 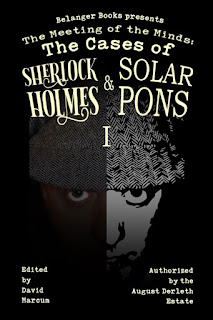 How did Belanger Books come about and what can we look forward to in 2022?

Belanger Books came about in 2015. Brian (my brother) and I wanted to start our own publishing company that focused on new Sherlock Holmes books but also published other genres such as mysteries, science fiction, steampunk, and children’s books. While we’ve mostly published Sherlock Holmes and Solar Pons books, we do have a number of other titles such as our two-volume collection A Tribute to H.G. Wells, Stories Inspired by the Master of Science Fiction, the gothic mystery Not Forgetting Adele: a Sequel to Jane Eyre, and the cozy mystery Deadly Vintage.

We have a great lineup of new Sherlock Holmes and Solar Pons books coming out in 2022. First up will be David Marcum’s two volume anthology, the Nefarious Villains of Sherlock Holmes which just wrapped up on Kickstarter. Then we have Thaddeus Tuffentsamer’s two volume anthology, Sherlock Holmes: Adventures through the Multiverse which features tales of various versions of Sherlock Holmes. That will be followed by The Novellas of Solar Pons which will feature short novels and lengthy stories of The Sherlock Holmes of Praed Street. Next comes the third and fourth volumes of John Linwood Grant’s excellent series Sherlock Holmes and the Occult Detectives as well as a collection of new Carnacki, the Ghost Finder stories. Sherlock Holmes and Dr. Watson: Medical Mysteries is collection of traditional Sherlock Holmes stories that connect to the theme of “medical mystery”. A portion of the proceeds raised from the book will go to help fund research work on this disease to the Denver Research Institute, one of several non-profit (501c3) organizations mandated by the U.S. Congress to help orchestrate research relevant for military veterans. We will also release Steel True, Blade Straight, a collection of stories, poetry and scholarship inspired by Sir Arthur Conan Doyle. All proceeds from the Anthology will be donated to The Beacon Society, a 501c(3) nonprofit scion society of The Baker Street Irregulars (BSI), that serves as a link to other scion societies, providing teachers, librarians, children museums, and children theaters with local resources to bring the magic of Sherlock Holmes to life. 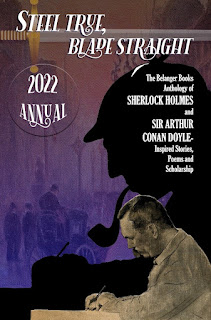 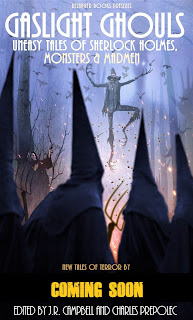 Every Sherlockian should read Sherlock Holmes of Baker Street by William S. Baring-Gould. Outside of the canon, it is my absolute favorite Holmes book. For Holmes scholars, Baring-Gould provides an excellent timeline of Holmes's life from birth to death. I find his take on Holmes’s childhood and schooling to be particularly compelling. For those who like more fringy Holmes theories or alternate takes, he also has Holmes investigating bigfoot and wrestling an escaped pterodactyl from The Lost World. What I love about this book is that it has something for everyone.

In ten years, I believe Holmes will be even more popular than he is now. There will be more movie and tv versions of the character. My guess is that we’ll have more multiverse and team-up stories with Sherlock Holmes. With every story in the canon entering the public domain in America in the next couple of years, I think more and more creators will feel free to use the character in their work.