Oh boy, is this week's interview a good one! Gabriele Mazzoni has one of the largest Sherlock Holmes collections in THE WORLD. I got to work with Gabriele for The Finest Assorted Collection, and learned very quickly that even though he could very easily be cocky and elitist about his collection, Gabriele is one of the nicest people I've ever emailed with. You can almost hear the smile on his face as you read his words.

His love for this hobby is infectious, as you will soon see. I hope to one day be able to get to meet Gabriele in person, and would expect any conversation with him to be as generous and rambling as his love for this hobby. Settle in, get ready to have your socks knocked off, and enjoy this interview with one of the world's leading Sherlockian collectors: Gabriele Mazzoni! 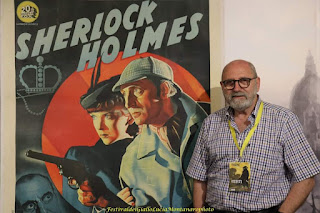 (Editorial note: Gabriele is not a fluent English speaker, so please forgive any awkward wordings. He translated his answers before sending them to me, and I made a few slight edits for clarity.)

“The Sherlockian" or, as we call it in Italy “the Holmesian", is a person who does not simply love Sherlock Holmes books, films and adventures. He is a person whose life is completely pervaded by him or by aspects of his saga. A Sherlockian constantly refers to phrases, thoughts, attitudes, and is mostly one who carries out for work, or more frequently for passion, activities related to the world of Sherlock Holmes.

I became a Sherlockian very early: I was only 7 when I was watching TV shows with Sherlock Holmes played by Ronald Howard, the son of the more famous Leslie, actor of Gone with the Wind. RAI, the Italian television, had acquired the rights and broadcast the episodes in Italian. I was struck by that hero who, only with the use of reasoning, solved the most complex cases. My parents bought me some reductions for boys from the Canon, and the child's imagination quickly ran through the misty gas-lit streets of London, where horses' hooves thundered as Holmes demonstrated his skills to Watson in the warm lounge at 221 B.

As a teenager I began to read the Canon in its entirety, but also many apocryphal ones, the first of which was The Private Life of Sherlock Holmes by the Hardwicks. I also started reading non-Sherlockian works by ACD, first of all "Lost World", still my favorite today, and articles of Sherlockiana.

Also in those '70s I also began to collect books, magazines, small objects and it was the beginning of the "Disease"! 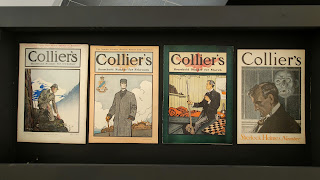 What was your profession and does that affect how you enjoy being a Sherlockian?

I am a Doctor of Medicine, currently retired for nearly three years. More than my profession has influenced being Sherlockian, I think the opposite has happened, at least to a large extent. The mental form of Holmesian reasoning - thanks to Dr. Bell - as we know is that of the scientist, and I began to treasure it from childhood. It came naturally to me to carry out scientific studies and then graduate in medicine. But I would also say that my specializations, and consequently the work I have done, are of Sherlockian extraction. I am in fact specialized in Public Health and Occupational Hygiene, and I have directed a Service and also a Department of Public Health for many years. Matters that through Epidemiology and the search for the causes of diseases require an iron logical-deductive reasoning, and why not, abductive. 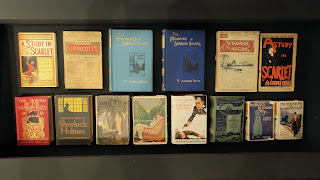 The first short story I read is also the one I was fond of, and therefore still prefer today: "The Speckled Band". I find the narrative inspiration brilliant and the unfolding of events is compelling. But, as I think many other Sherlockians, among the novels I love The Hound of the Baskervilles which is just as brilliant. It is no coincidence that the very first exhibition I set up, exactly twenty years ago, was about everything I had on HOUND at the time: 461 items including books, posters, objects, etc. .. Today I would have many, many more! 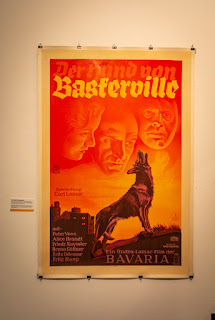 I know a lot of Sherlockians all over the world, and many of them are interesting people in many ways. I would say that being Sherlockian is interesting in itself! However, I believe that for an interview it would be interesting to turn to Thierry St. Joanis, the President of the "Societé Sherlock Holmes de France". He is very knowledgeable about Holmes, he has taken care of and carried out many activities related to him and is a multifaceted and brilliant person, original in his initiatives. He is very funny and witty, he jokes with intelligence, which from Toscano I really appreciate! 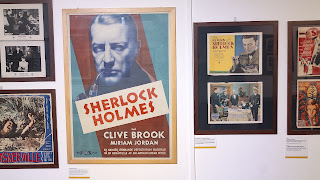 As a collector it is almost taken for granted that I am interested in Sherlockian books and magazines, mainly in the first and initial editions. As well as the movie posters. And this is demonstrated by the fact that I have about 25,000 of the former and more than 3,000 of the latter. And I also really collect everything about Sherlock Holmes and Arthur Conan Doyle. But there are two cool things that I really like and have a lot of fun with. These are vinyl records with movie soundtracks, audio books, songs dedicated to Holmes, singers or groups who call themselves or dress like Holmes, etc. I have over 500 Sherlock Holmes vinyl records.

Another sector of collecting that particularly fascinates me is that of the glass slides. Glass slides are early photographs when they were produced on glass. About twenty years ago I came across and bought a 1901 glass slide with a stage photo from Gillette's theatrical Sherlock Holmes on Broadway; since then I have found twenty original glass slides relating to films.

But going back to the glass slides, another strand of research fascinated me: to find images from the late nineteenth century and early twentieth century, taken in the precise places mentioned in the stories of Sherlock Holmes. I put all the Canon into a single PC file, and with the "find" function, I observe whether that given place of a specific slide that is for sale is mentioned or not: if yes, I will buy it, otherwise I leave it. I thus have about 200 glass slides mostly from London (only canonical streets and places), but also from Dartmoor, the Reichenbach Falls, and more. I bought an old working magic lantern, and I sometimes give presentations on modern and ancient locations. At first with a PC, I project a slideshow in PowerPoint, briefly talking about the history of the magic lantern. Then, I dim the lights, and talk about Sherlock Holmes, his films by him, and his adventures by him, projecting images of the most beautiful and representative glass slides. All of this with the background of vinyl records with some music mentioned in the Canon, such as Pablo de Sarasate played on an old original 78 rpm turntable from 1912, complete with an engraved brass horn! 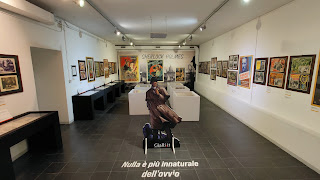 How did your collection begin?

My collection, which is currently marching towards 60,000 pieces, started already in the teenage years. But it was especially when I started touring Europe and other countries that it started to become important. I used to come home from trips with suitcases full of books and other items. I remember a trip to the United States from which I returned with an extra suitcase, and the ones I had, completely emptied of clothing (which I threw away!) to fill them with Sherlockian material!

Then the Internet made the difference: I dedicated myself from the beginning to research via the Web. In the early days I found people who sold everything without knowing what they really had. I bought very rare and expensive things cheaply. Today this hardly happens anymore. 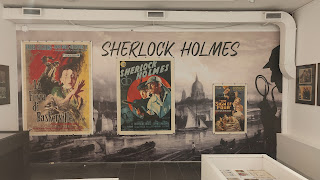 What are some of your favorite pieces from your collection?

The part of my collection that I am most proud of is the complete series of all 222 Strand Magazine singles (yes, 221 + 1 (!)) with the canonical stories of Sherlock Holmes, but also with many other writings by ACD. Accompanied by over 100 original semiannual volumes from Newnes. It took me decades to put it together. I also own almost everything that has been published in Italy on SH and ACD: thousands of very interesting and unique publications. I also have many movie posters that are considered to be one of a kind remaining and represent a great conservation responsibility. 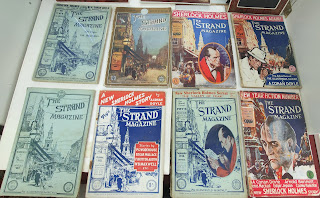 I believe that every Sherlockian should have a copy of Green and Gibson with the bibliography of nearly all first century editions and beyond on Sherlock Holmes. To realize the editorial scope of the phenomenon and explain how it could have become so great. 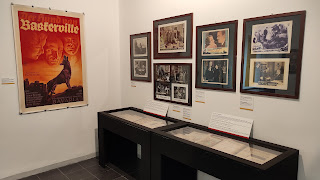 Thanks to cinema, television and the large amount of Sherlockian publications that are regularly produced I believe that we will continue to be interested in them for a long time to come. What I hope is that at least a few people will continue to deal with scholarship, with "intelligent collecting", which gives meaning and study to each piece. But also the pleasure of reading paper books. ebooks and audio books are an excellent aid, but the paper book is another satisfaction. At least for someone who is almost 70 years old ... :-)

Thanks for your time and interest!