I Had Given Myself Up Entirely [LION] 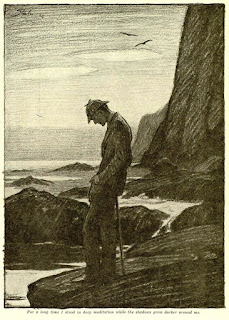 "The Lion's Mane" takes place in 1907 and was probably written by Sherlock Holmes in 1919 or 1920, when the detective was in his mid-sixties.  The man in this story is a strikingly different one that readers first met in A Study in Scarlet more than thirty years before.  He is a man who has rid the world of evil, stopped dangerous machinations, and foiled formidable foes.  One might expect Sherlock Holmes to be a grizzled veteran from his years of war against crime, that movie trope of the old bad-ass who is called out of retirement for one more case.  But instead, we see a softer and friendlier Holmes than the man who lived in Baker Street.

Maud Bellamy gives the reader a strong argument for the softening of Sherlock Holmes.  The man who "did not observe" how attractive Mary Morstan was in The Sign of the Four describes Maud Bellamy as "so rare a flower" and says "that no young man would cross her path unscathed" due to her great beauty.  Holmes also tells Miss Bellamy that he values a woman's instinct.  This is a changed man from SIGN that said, "Women are never to be entirely trusted - not the best of them." 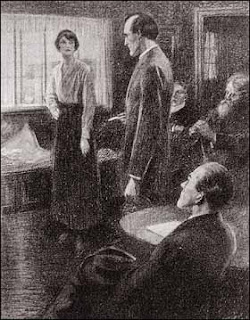 In LION, Holmes says he is always friendly with his neighbor, Harold Stackhurst, and that "he was the one man who was on such terms with me that we could drop in on each other in the evenings without an invitation."  This is a far cry from the man in "The Five Orange Pips" who says that aside from Watson, he has no friends.  In that same breath, Holmes flatly states that he does not encourage visitors.  So, not only in retirement does Holmes have a friend who drops in to visit him, but Holmes tells us that he will go out on the occasional social call himself!

Holmes's relationship with his housekeeper also shows a change in his personality.  It's clear that this woman is not his former landlady, Mrs. Hudson, but a paid domestic servant.  We see time and again that Sherlock Holmes is a Victorian gentleman with Victorian attitudes towards servants throughout the Canon.  That is why it is so telling that he allows gossip at his breakfast table from the housekeeper.  Holmes tells the reader that he does "not encourage such conversations" but allows this instance because her news of McPherson's dog arrested his attention.  But notice that his statement of not encouraging gossip leaves room for allowing things here and there, and just like the occasional visit from Harold Stackhurst, one could imagine Holmes engaging his housekeeper in random discussions about what she had heard through "that strange wireless by which such people collect the news of the country-side."

And speaking of dogs here is just one more change in the emotional makeup of the Great Detective.  In this story, Holmes talks about the "beautiful, faithful nature of dogs" in relation to the creature's death.  This from the same man who gave a "a perfect shriek of delight" before he poisoned a dog in A Study in Scarlet with what Watson described as a sober manner. 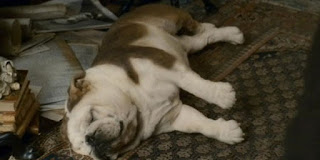 But the biggest change of all is how Sherlock Holmes is using his mind at this stage of his life.  In his first chronicle, Holmes tells Watson that he considers


that a man's brain originally is like a little empty attic, and you have to stock it with such furniture as you choose.  A fool takes in all the lumber of every sort that he comes across, so that the knowledge which might be useful to him gets crowded out, or at best is jumbled up with a lot of other things so that he has a difficulty in laying his hands upon it.

And that is just how things are for him in retirement.  Holmes says that his mind "is like a crowded box-room with packets of all sorts stowed away therein - so many that I may well have but a vague perception of what was there."  Of all the changes in Sherlock Holmes over the years, this is the most glaring.  We have seen him time and time again honing his knowledge, so much so that he would go days on end without eating to help focus his mind and said that he was just a brain; the rest of him was a mere appendage.  Now, any old fact that is interesting is taking up space in his brain attic. 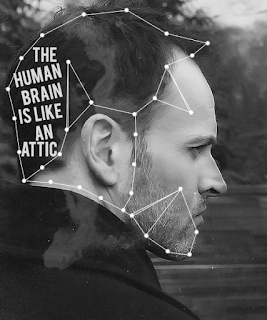 Friendships, gossip, and feelings aside, this is the proof that Sherlock Holmes has really retired.  Like an over-the-hill athlete, he is no longer exercising in a specific and targeted way, but still likes general work outs.  Readers who are always hoping for that trope of getting Sherlock Holmes called out of retirement for one more case should give up.  The Great Detective is truly retired at this point, and enjoying the life he never allowed himself to have in London.  And a well-deserved retirement it is. 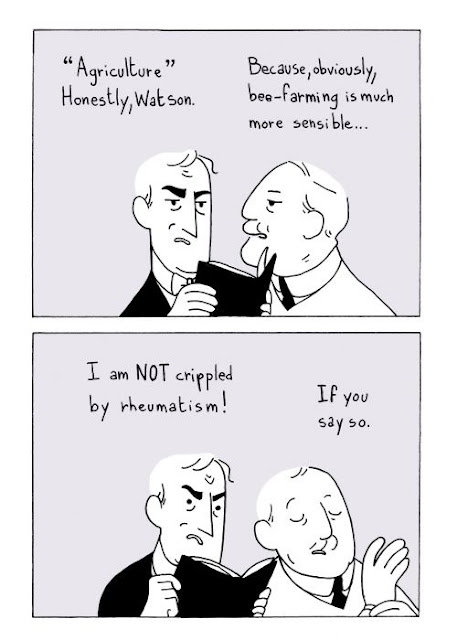